10 Classic Goals You Should (& Shouldn't) Recreate in Your Back Garden

Unless you've been without internet or sunbathing in a park (STAY INSIDE YOU IDIOTS) throughout the past week, then you will have seen the incredible video of a couple of young lads who captured everyone's imagination.

The young dreamers ​re-enacted 11 of the greatest goals in recent football history, showing off fancy footwork, brilliant celebrations (and suspect goalkeeping) to keep us all entertained during this miserable period.

And the little lads' heroics got us thinking. Could we compile a list of some classic goals that you should all recreate in your gardens - and some which maybe you should avoid?

Dust off your old boots and shinnies - 90min has got your back. An absolute classic to kick us off. Stand as far from your goal as possible and face towards your brother/sister/goalkeeper as he/she pulls off the worst defensive header in football history. Then, turn and unleash your own variation of an overhead kick, screaming 'ZLATDOG' at the top of your lungs, as the ball loops over the goalkeeper and into the net.

For extra effect, maybe ask your dad to fly into view from the left of the picture and do a hopeless attempt at stopping the ball from crossing the line. Then, whip off your top and chuck it over the fence. Next.

Check it out ​here.

Danger Rating: 8/10 - Could break your back or ruin next door's barbecue (trust me on that one). You either need a very long garden, or to start off in your kitchen for this one. Ronaldo ran a pretty long way for this wonder strike, so you need to emulate that as best as you can, dribbling around garden gnomes, statues or unsuspecting pets, whilst looking equally in and out of control at the same time.

The real star of the show is the cut inside, finish and fall to the ground, however. Get all three done in one movement, and you're the next Ronaldo. Give yourself the 2002 haircut while you're at it.

Have a gander ​here. Slap a ponytail on your little brother or a fake moustache on your sister, because we're heading back to 2002. First, you must stand on your dad's favourite crop of plants, ideally positioned to the right of the garden, and about 40 yards from goal.

Then, whip a floating, curling, bending shot into the top left corner, and ask your goalkeeper to stumble back like a drunken uncle falling off a treadmill. Tear away in celebration, but be prepared to receive a red card later on. Tip for this strike: Poke a hole in your neighbour's fence which is big enough for you to wriggle through. Sure, it's technically breaking and entering, but it'll save them opening the door for you to collect your ballooned shot every five minutes. Just make sure they're not sunbathing.

This one is a stunner. Stand way to the left of your posts/jumpers about eight yards from the goal line, get your dad to lob a ball into your path and hit the sweetest left-foot volley into the far corner that you've ever struck in your life.

Complete the goal by sucking your thumb and waddling like a penguin.

Marvel at this magic ​here.

Danger Rating: 6/10 - Windows were harmed in the re-making of this goal. 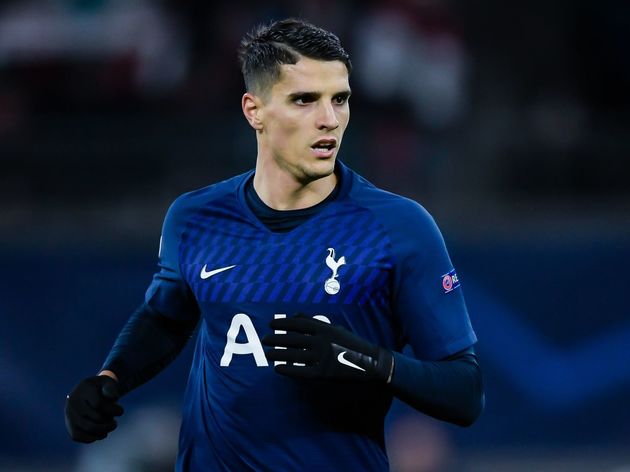 Whack out your rabonas lads and lasses, it's Erik Lamela time! Stand left-centre of the goal, on the edge of your penalty box, and loiter with intent. Then, ask your mum to roll a pass into your feet from the right, and produce your moment of quality.

Dig your left foot in behind your right, then whip a devastating rabona into the top corner. and celebrate like you do that every day in training. Warning! Do not try this near a greenhouse or a poorly structured shed! I learned that the hard way. Choose a particularly windy day to give this goal a crack. Stand at the other end of your garden, leaving space for the world's longest run-up.

Hurtle towards the ball - positioned in the centre of the goal - and whack it with the outside of your stronger foot. Then, hope, pray, and get ready to run away from the pane of glass you've just sent into next week.

Danger Rating: 8/10 - Could cause a hole to open in time and space.

Goals Not to Recreate 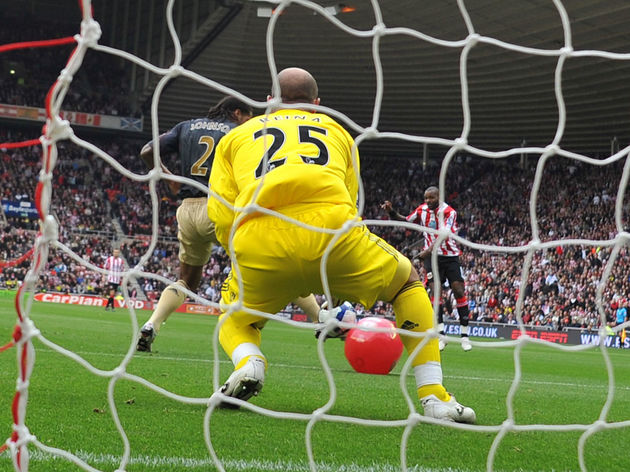 ​This takes some real coordination and skill. Whilst the ball is bobbling into your path on the left of the penalty area, your dad must throw a second ball onto the pitch (ideally a beach ball) - but any ball will do. Except a bowling ball.

Strike the football as sweetly as you can so that it hits the second ball and diverts into the net. Your goalkeeper must chase the wrong ball, and make himself look like a bit of an idiot in the process.

Check it out ​here.

Danger Rating: 6/10 - Could cause horrific flashbacks for Liverpool fans. A work of art. In order to get this one spot on, begin at the far post and charge towards the six-yard box. In this time, your dad should have winged a ball at you at around chest-height, as hard as possible, and it's now your duty to chuck yourself head-first at the missile.

The real skill to this strike is mastering the 'chest then face' combination which bamboozles the goalkeeper, and top it off by sliding on your stomach and face-planting for the second time in a matter of seconds.

Have a laugh ​here. This one is all about timing. Position yourself on the edge of the box, then wait for an inch-perfect ball to arrive into your feet. Now comes the tricky part: Inexplicably begin to lose your balance, swing your right foot at the ball and drop your body low enough to the ground that the shot smacks you in the face and beats your brother in nets.

When you've got it down to a tee, turn away and celebrate as if you've just scored any of the first six goals in this list. It's time to put the wang in Wagner. This effort is an 18+, so kids, look away now. Or better yet, get your dad to try it and push record for the laughs. The key to this beauty is to be fully committed - backing out half-way through could cause you more harm than good.

Linger in the now very muddy six-yard box, and kick a little mound into the grass to create the perfect bobble. The ball must deflect up towards your... crotch region, and without a second thought, you've just gotta close your eyes and think of Sandro Wagner.

The rest is up to the Gods.