It seems like it's been years since a football match was played, with the coronavirus pandemic bringing the beautiful game to a complete halt.

But try not to dwell: this is a great opportunity to rewatch some classic matches. Bayern Munich are the

Here's a selection of the best classic matches for ​​Bayern fans to rewatch and enjoy. ​The 2000/01 Bundesliga title race lasted until the final seconds of the season. Going into the final day, Bayern led ​Schalke by three points but had an inferior goal difference, meaning Schalke still had the chance to win their first championship since 1958.

Schalke had done their job, beating SpVgg Unterhaching 5-3, and news had started to circulate that Bayern were losing to Hamburg 1-0 in the 90th minute. Schalke fans rejoiced as they thought their team had won the league.

But football is a cruel mistress. Bayern managed to muster up one last attack and were rewarded with an indirect free-kick for their efforts. Patrik Andersson netted to make it 1-1 as Bayern won the title with the last kick of the game.

This was Swedish-born Andersson's only ever goal for the club, and it's fair to say he brought the stock home - geddit? 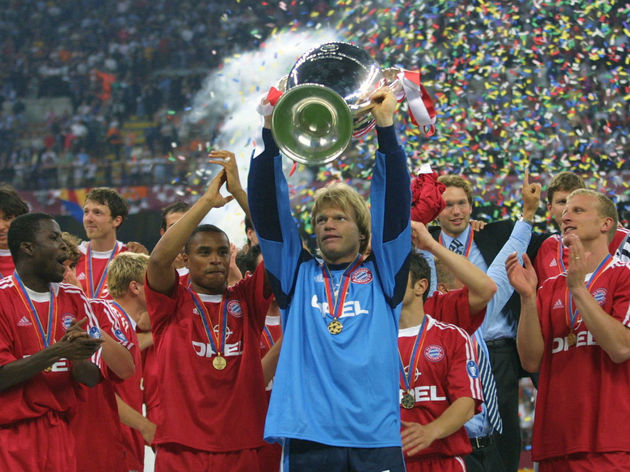 The 2000/01 season didn't stop there for ​Bayern, as they ended a 25-year hiatus for a Champions League trophy when they beat Valencia on penalties at San Siro.

Imagine a final where every goal scored was a penalty. Bayern and Valencia made this a reality in the 2001 Champions League final, with Gaizka Mendieta putting Valencia ahead inside two minutes before Bayern's Mehmet Scholl missed his spot-kick a few moments later.

Die Roten were awarded another penalty early in the second half, and this time they didn't squander the opportunity as captain Stefan Effenberg slotted home to make it 1-1.

After a nail-biting golden goal period of extra time, it seemed quite fitting that the match was decided from the spot. Oliver Kahn showed his nerve and desire, saving from Zlatko Zahovic, Amedeo Carboni and Mauricio Pellegrino as Bayern won their fourth Champions League title. 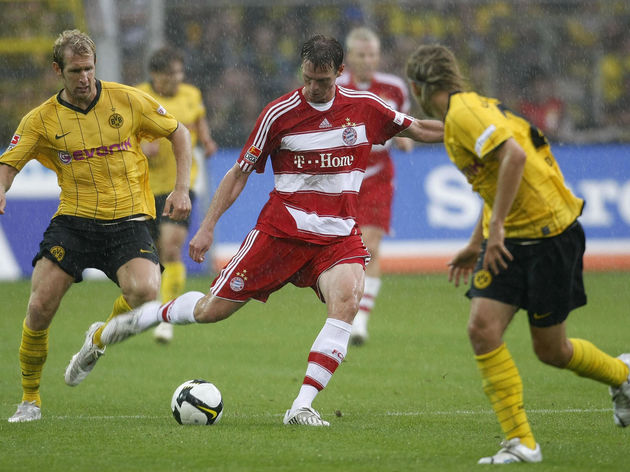 The 2007/08 season will always be remembered for the rebuild of Bayern's squad.

Bayern dominated the Bundesliga that season and nothing epitomises this more than a 5-0 drilling of fierce rivals ​Borussia Dortmund. Here are some great combinations: you've got burger and fries, spaghetti and meatballs, and Arjen Robben and Franck Ribéry.

'Robbery' was one of the best winger duos the world has ever seen. These days the word 'legend' gets tossed about far too frequently, but in this case it's the only way to describe both Robben and Ribéry.

Robben's debut came on 29 August 2009 against Wolfsburg in the Bundesliga. The flying Dutchman was brought on at half time and it took him just over 20 minutes to score with a famous left-footed shot.

He then combined with Ribéry and netted another, showing the world a glimpse of what was to come. ​best ever moments It's impossible not to feel sorry for Dortmund sometimes, but Bayern showed no remorse when they won the 2013 Champions League final. Under the bright lights at Wembley, the German clubs went head to head for Europe's greatest price.

It was a fantastic spectacle and both clubs turned up for the occasion. It was a topsy-turvy battle and the teams were locked in a stalemate until Mario Mandžukić put Bayern ahead with a simple finish from close range.

A few moments later Dante showed his wrath and nearly broke Marco Reus in half with an awful challenge. Referee Nicola Rizzoli

It was just another example of Bayern taking something from Dortmund. In the long run this wasn't Bayern's most important win in the Champions League that decade, but it certainly was the most thrilling. The first leg in Turin saw Bayern ahead 2-0, before​ Paulo Dybala

The return leg in Germany was bound to be tantalising and it didn't disappoint. Goals from ​Paul Pogba and Juan Cuadrado gave ​Juventus a 4-2 lead on aggregate, and it looked all over for Die Roten.

But saviour Robert Lewandowski had other ideas and scored in the 73rd minute to bring the Germans within reach. Bayern peppered the Juventus goalmouth to no effect, until the 91st minute when ​Thomas Müller's strike took the game to extra time.

The Bavarians steadied themselves and further goals from Thiago Alcântara and Kingsley Coman secured them a place in the quarter finals. 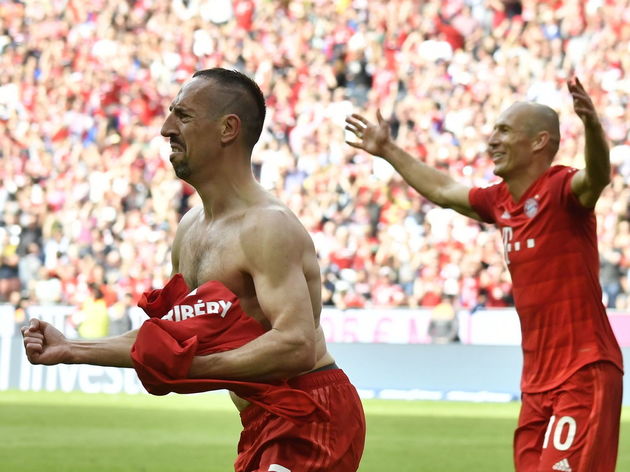 This game was played less then a year ago, but it's an absolute classic. It's a chance to relive the end of an era.

On 18 May 2019, Robben and Ribéry played their last ever games for ​Bayern Munich, and it was the greatest of all leaving parties. Both players got on the scoresheet and gave the world one final nostalgic look at 'Robbery'.

The 5-1 win over Eintracht Frankfurt handed Bayern their 29th league title, and more importantly it ended the 'Robbery' legacy in unforgettable fashion.