Kevin de Bruyne being top of the assist charts. Jamie Vardy being top scorer. ​Nick Pope having the most clean sheets. These are three examples of stats that are easy to explain.

De Bruyne has a sixth sense for finding his teammates, Vardy is very good at kicking the ball into the goal and Pope's lengthy limbs make him ideal for keeping shots out.

Records that seem to defy logic and expectation. Here are nine such cases from the Premier League this season. ​This is by far the most mind-bogglingly ridiculous stat on this list. Tyrone Mings has made 11 tackles in 23 games this season. That's less than (insert one of about 300 names here).

It really cannot be overstated how difficult this is to wrap your head around. The guy is a centre-back for a team that has conceded over 18 shots per game and he's managed to muster a tackle every other game.

What's even weirder is that Mings is leading the league in blocks. Sorry, we have no explanation for how this has happened. ​A combination of well-earned greediness and Liverpool's domination made us certain that it would be Mo Salah whose taken the most shots this season.

Therefore, we were shocked to discover that pipping him to top spot by a single strike is Raul Jimenez.

The Mexican has taken 99 shots so far, for a return of 13 goals. Not the best ratio. Then again, if you don't buy a ticket, you don't win the raffle. ​Marcus Rashford has hit the woodwork - or more accurately, the metalwork - more times than anyone this season (6).

Just one behind him is the occasionally brilliant Gerard Deulofeu and this is a far harder stat to accept.

If the Spaniard had converted these five chances he would have nine goals and five assists for the season - some of his best figures of his career.

Maybe all this talk of him having a poor season has actually been unfair? Maybe he's just been desperately unlucky? Maybe we've all been wrong to criticise?

Then again...maybe he should try putting it in the goal. Such has been the world conquering brilliance of Jamie Vardy this season, it's hard to imagine him missing one big chance,  let alone 15.​

That's the same amount as the much maligned David McGoldrick, whose ​Premier League scoring hoodoo has been the campaign's most tragic sub-plot.

If Vardy had converted even a third of these opportunities, he would be on 24 goals and in with a big shout of hitting 30 for the first time since playing for Fleetwood Town in the Conference. ​Perhaps this is doing Chris Wood a disservice, but we were expecting a striker in the more traditional 'speedy poacher' mould to have been caught offside the most this season. A frontman so eager to get in behind the opposition defence, they are guilty of mistiming their runs several times a game.

Instead, this season's principal offender is the more lumbering Wood, who has been flagged 31 times - seven more than second-placed Callum Wilson. ​Although ​Norwich have spent a lot of time defending this season, it was still a surprise to see how many tackles Emiliano Buendia had accumulated.

The Argentine is far more rugged than his petite frame and silky skills suggest.

Buendia has made 65 tackles, the joint 14th most in the Premier League. That's more than Jordan Henderson, Abdoulaye Doucouré and Tyrone Mings...obviously. ​We didn't have Jordan Ayew down as a dirty player...until we looked at how many fouls he's committed this season.

In contrast, his brother Andre has only committed 27 fouls for Swansea this season. Be more like him, Jordan. Rui Patricio has not missed a single second of league action for ​Wolves this season. So how exactly has he only managed to punch the ball four times?

To give some context, Vicente Guaita  has performed this seemingly essential feat for a goalkeeper on 21 occasions while Bernd Leno has completed 17 punches.

If he needs some help to develop his punching game, we're sure Joey Barton would be available to lend a hand... 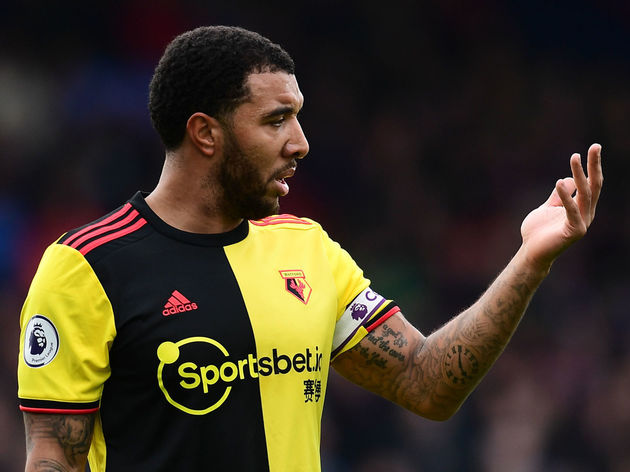 ​When you watch Troy Deeney it does not feel like he gives the ball away every second pass... but we guess the stats don't lie.

As he is a lone striker in a team that have struggled, Deeney deserves to be cut some slack.