United hold the edge in terms of head to head, but it is the 'noisy neighbours' from the blue half of Manchester that have been making much more of a racket in recent years.

While the Red Devils were winning the treble in 1998/99, City were achieving promotion back to the second tier of English football after finishing third in the Second Division. United have, of course, won the Premier League a record 13 times, but their local rivals have since come back, finishing top of the pile on three occasions since they picked up their first Premier League crown in 2011/12.

That late goal scored by Sergio Aguero against QPR ensured City picked up all three points, a result that was enough to see them move above, yep, United on goal difference.

There have been some thrilling contests between United and City over the years, but here's a look back at eight of the best...

This win over Manchester United remains a very fond memory for City fans as they ruthlessly swept their rivals aside on their return to the top flight.

David Oldfield (two), Trevor Morley, Ian Bishop and Andy Hinchcliffe were all on target for City. They were playing intricate, breathtaking football, and United couldn't get close. Although they were able to find the net once themselves through Mark Hughes.

And it was quite some goal too, an overhead kick into the top corner. Unfortunately for him, it was a resounding win for the Citizens. United came into this contest in good spirits, having won 18 of their last 20 league games. However, Niall Quinn powerfully headed home twice in the first half to give the Sky Blues a 2-0 lead going into the break.

Eric Cantona and United came roaring back in the second period though to level it up with 12 minutes remaining. And with 87 minutes on the clock, the comeback was complete as Roy Keane arrived onto the scene to tap home a delightful cross.

City went on to finish in the middle of the pack that campaign, while the Red Devils strolled towards the league title. 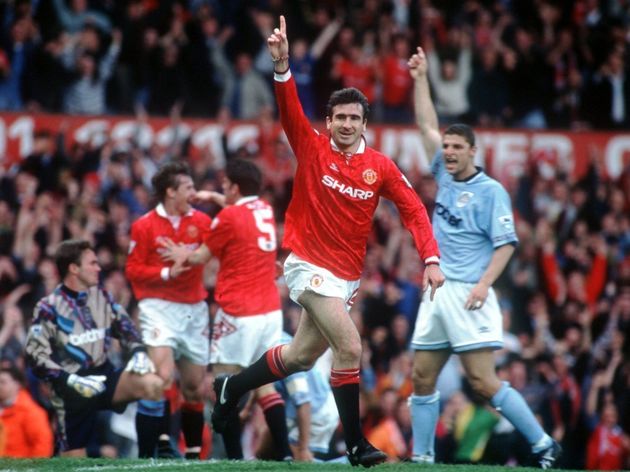 Unfortunately for City fans, this game magnified the gulf between the two clubs at that moment in time. United had just been comfortably swept aside 4-0 by Barcelona eight days prior, but they were able to bounce back by demolishing their local rivals.

Andrei Kanchelskis and Cantona were the stars of the show here. Cantona grabbed one, but Kanchelskis netted a hat-trick and Mark Hughes also got in on the act to make it a day to forget for the Sky Blues. In Sir Alex Ferguson's 17-year reign up to this point, United had lost just twice against City. However, they suffered a third defeat here - and it was a humiliating one.

It took just three minutes for Robbie Fowler to make it 1-0 to City before Jon Macken made it two. The Red Devils were handed a lifeline when Paul Scholes scored from the edge of the area with a low drive, but Trevor Sinclair quickly restored his side's two-goal lead after some woeful defending at the back from the away side.

Manchester Derby at its finest! Michael Owen celebrating his 96th minute winner in the 4-3 win in 2009! pic.twitter.com/OsswNLLUun

Wayne Rooney opened the scoring for the Red Devils with just two minutes on the clock before a Ben Foster howler allowed Gareth Barry the chance to make it 1-1.

The ever-dependable Darren Fletcher put his side back in front before Craig Bellamy unleashed a rocket into the top corner. Once again, Fletcher restored ​United's lead, before....yep, Bellamy equalised again as the game entered injury time.

However, Michael Owen struck the winner in controversial fashion. Four minutes had been added on, but the forward kept calm to fire in with over six minutes of injury time already having been played.

​Manchester City rocked up to Old Trafford in October 2011 and inflicted United's worst home defeat since 1955 as they thrashed the Red Devils 6-1.

It was a truly remarkable result that few could have seen coming.

Mario Balotelli scored before Jonny Evans was sent off on 47 minutes. The Italian then doubled his tally before Aguero made it 3-0. A rampant City were completely in control, although Fletcher did pull one back with just under ten minutes remaining.

The most significant damage was done in added time, however, as Edin Dzeko scored twice and David Silva also netted to make it 6-1 in the blink of an eye.

As it turned out, goal difference proved rather useful in the 2011/12 season for City as well... 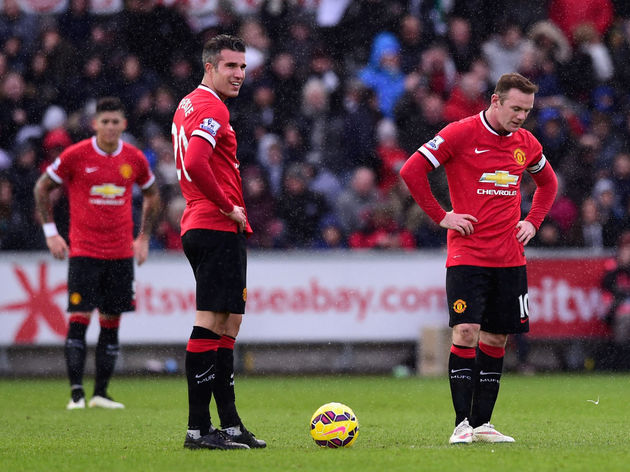 United raced into a 2-0 lead through two goals from Wayne Rooney, and it appeared as though the Red Devils would end the hosts'​Premier League

It was also a hugely important win as it sent United six points clear at the top of the Premier League.

Well, no one saw this coming, did they?

City had the chance to secure the 2017/18 Premier League crown when they hosted their local rivals United in April 2018. And

It was wave after wave from the hosts, and the Red Devils looked as though they were going down without a fight. But a simply stunning comeback in the second half saw United prevail 3-2.

Ultimately, the result delayed the inevitable, but it was an astonishing comeback that left the Sky Blues stunned.