On This Day: 2014 - Harry Kane Scores His First Ever Premier League Goal

It is six years to the day - 7 April 2014 - since Kane scored his first ever Premier League goal, doing so on his full debut for Spurs in the competition. That goal tally now stands at 136, enough to place him 13th on the Premier League’s all-time list at the age of just 26.

When Kane was named in the XI for a clash against Sunderland at White Hart Lane by then manager Tim Sherwood, he had only started two previous games for Spurs that season – one in the League Cup under previous boss Andre Villas-Boas and one in the Europa League.

To reach that point, it had been a long road. A loan spell at Leyton Orient during the 2010/11 campaign had been his first taste of senior football. And while he returned to Spurs and was handed a sizeable role in the Europa League by Harry Redknapp, the youngster couldn’t get a look in when it came to domestic league action and joined Millwall for the rest of 2011/12.

A flurry of five goals in his final 12 appearances at Millwall once again saw Kane begin the next season back with his parent club – he even came off the bench on the opening day of the new campaign against Newcastle to make his Premier League debut.

An opportunity to make an impact in the top flight came when he joined Norwich on loan that month, only for injury to intervene – he was recalled in February after just three league appearances all season. Without any further first-team games at Spurs, a short-term loan to Championship side Leicester followed, where Kane was mostly a sub and scored only twice. 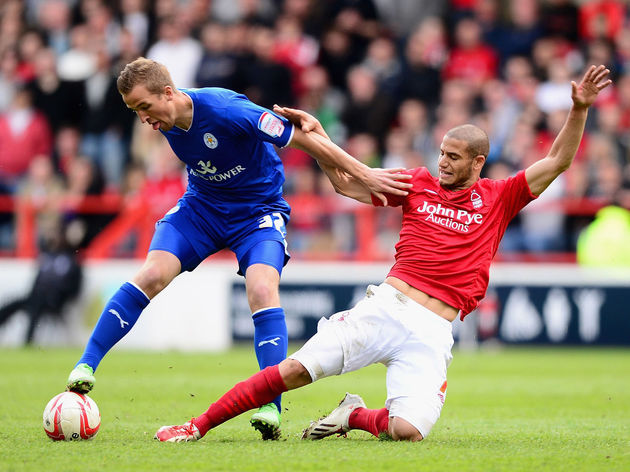 Kane was involved sparingly at Spurs in the early months of 2013/14, largely because of a back injury that ruled him out for several weeks in November and December. But he was starting to be named on the bench fairly regularly by new boss Sherwood, so when £24m ‘number nine’ Roberto Soldado suffered a hamstring injury that April, Kane was in prime position to step in.

Spurs actually went 1-0 down to struggling Sunderland that day, but Emmanuel Adebayor equalised and Kane scored what proved to the decisive second just shy of the hour mark, assisted by Christian Eriksen. He later also had a hand as Adebayor netted and Spurs eventually ran out 5-1 winners.

Wearing number 37 on his back, it was an instinctive poacher’s finish from Kane, latching onto Eriksen’s angled cross to turn the ball into the net from the edge of the six-yard box. It was his first in the Premier League, and second for Spurs overall after scoring in Europe as a teenager.

“He’s done brilliant,” Sherwood said after the game. “He’s been unlucky not to get more opportunities, I wanted to push him in. But he’s got his opportunity and he took it with both hands. Get ready for Saturday, Harry, because you’re playing.” With Soldado still out, Sherwood kept his word and Kane started five days later against West Brom. He scored again, this time the second in a comeback 3-3 draw after Spurs had been 3-0 down. A week after that, it was three in three when he scored in a win over Fulham, while he kept his starting place for two of the three subsequent remaining games of the season.

Sherwood was replaced by Mauricio Pochettino that summer, but it wasn’t immediately that Kane exploded. Despite scoring in both legs of a Europa League qualifier and netting in the League Cup, he couldn’t get regular game time in the Premier League and it wasn’t until early November that Pochettino named him in a league XI for the first time. That was after he’d come off the bench to score a dramatic late winner against Aston Villa, forcing the Argentine’s hand.

Kane never looked back from that moment, starting every remaining Premier League game. The goals started flowing with ease from December onwards and he finished the 2014/15 campaign with 21 in the league alone. That included his first senior hat-trick in a 4-3 win against Leicester, while he also went on to captain Spurs for the first time aged just 21. His tally in all competitions was 31 and it had seemingly come from almost nowhere, especially given how he’d struggled to get meaningful minutes at the start of the campaign.

The seasons that followed brought more and more goals, and two Premier League Golden Boots. Kane enjoyed his best Premier League season in 2017/18, netting 30 times and joining an exclusive club – he only missed a third straight Golden Boot because of Mohamed Salah’s ridiculous numbers for Liverpool.

Injuries this season and last have slowed his goalscoring, but Kane has still been backed to make Premier League history before he retires and break Alan Shearer’s all-time record. It stands at 260, he’s just over halfway there and at 26 should be about to enter his peak.