The Worst Liverpool XI of the Premier League Era

​Champions-elect Liverpool have played some of the most brilliant, ruthless, complete football ever seen in the Premier League this season.

Attacking with brilliant verve and tempo, matched by defending so resolute that Allison's net barely looked like being breached for weeks on end.

However, it's always good to remember where you've come from. Times haven't always been this rosy.

From the dodgy French wonderkids under Houllier to Rafa's scattergun approach and *gulp* the Hodgson months, Liverpool have had more than their fair share of flops.

It's hard to narrow down, all things considered, but still we've had a go...here is Liverpool's worst XI of the Premier League era. 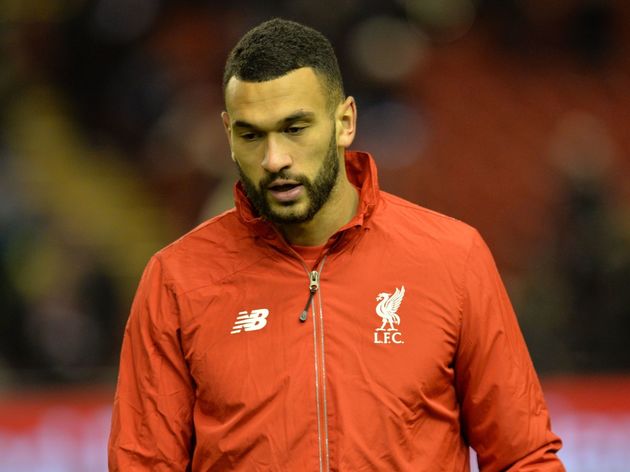 Brad Jones (GK): Adam Bogdan looked a dead cert for the number one shirt but since the Hungarian only played 11 times for the ​Reds and we've decided to arbitrarily mandate a minimum 20 appearances for keepers, Jones dons the gloves.

Snapped up from ​Middlesbrough to meet the home-grown quota, the Aussie was well-liked at the club as a good egg but was clearly well out of his depth as a player when called upon.

Abel Xavier (RB): Only the fourth player to cross the Mersey divide, the bleached blond-haired Portuguese defender might have been a Trojan Horse from the ​Toffees. Ever the unconventional type, Xavier scored on his debut, then got into lots of arguments with Houllier and was shipped out within a year.

Sebastían Coates (CB): There is rife competition for every place in this starting XI and the Uruguayan holds off

Paul Konchesky (LB): Roy Hodgson brought his reliable left-back to Anfield from ​Fulham in 2010 as a new era was ushered in. Unfortunately, it was an era of abject mediocrity and Konchesky's most notable moment was being sarcastically cheered by the Anfield faithful against Wolves. His mum also said some rude things about Liverpool fans on social media and the signing remains symbolic of a particularly bleak time for the club. 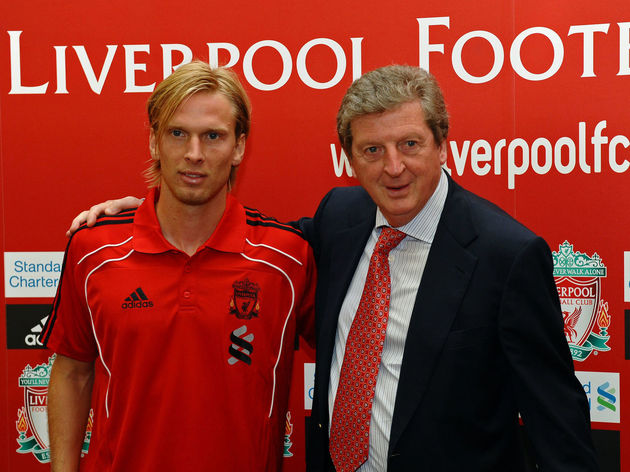 Alberto Aquilani (CM): Signed as a deep-lying playmaker, expectations were sky-high for the Italian after several successful years at Roma. A £20m replacement for Xabi Alonso he was not.

Aquilani, who was signed crocked and largely stayed unfit for his time in England, lasted a year before being loaned out in two consecutive seasons. He eventually joined Fiorentina on a free.

Christian Poulsen (CM): Combative. Tough. Essential. All adjectives that could be used to describe Poulsen at ​Juventus. However, at ​Liverpool, a different assortment of adjectives might be more appropriate for Poulsen's play at Anfield. T

Lazar Markovic (RM): Another victim of the hype train. Markovic was one of the most exciting one talents in Europe when he joined Liverpool for £20m post-Suarez in 2014. 34 appearances in his first season sounds promising. Sadly, it produced next to nothing, as the ill-prepared youngster was shoehorned into wing back by an increasingly desperate Brendan Rodgers.

Another symbol of a failed transfer policy, Markovic left for free after having his five-year contract cut short, having been loaned out on four different occasions.

Milan Jovanovic (LM): Jovanovic's inclusion means it's a duo of Serbian wingers lining up in this XI. So poor was the Serb that Liverpool cancelled his contract to the tune of £2.5m after signing him on a free the season before. You've got to be a special sort of player for the club to pay you to leave. Mario Balotelli (ST): The summer of 2014 was a bleak one. Super Mario - Suarez's direct replacement, lest we forget - endured a torrid season at Anfield scoring just once in 16 Premier League games, while his most memorable moment in a Liverpool shirt was his miss of the season, blazing comically high at ​QPR.

However, Diouf had a Liverpool career that (hopefully) no-one will ever replicate. Loathed by the fans, terrible performances on the pitch and...you know, there was the spitting.

A club-record signing at the time, the ultimate warning against signing based on World Cup performances famously made it through 2003/04 season without scoring.

These days you can still find him on Twitter slagging off Liverpool.