​Liverpool manager Jürgen Klopp has explained how a mini injury crisis in the squad was the reason for Philippe Coutinho's drawn-out move to Barcelona in 2018.

Barcelona pushed hard for Coutinho in the summer of 2017, but all their bids were knocked back. The Brazilian is even thought to have submitted a transfer request to try to land his dream move, but Liverpool stood firm. 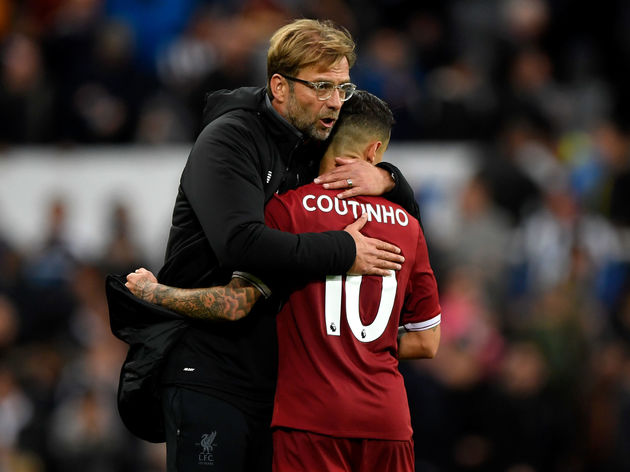 However, it soon became clear that Coutinho's head had been turned, and ​Liverpool eventually accepted defeat and sold him in January 2018 in a deal worth up to £142m. Speaking on the ​Pure Football Podcast, Klopp explained that selling in 2017 would have left the squad too weak.

"I really respected Phil's switch from the first second," he said.

"So it's not about yes we signed a new contract so many weeks before that, but it was really clear he would not have asked me for any other club but for this club, there was no chance. "Then we had to be hard in the summer because we had no other solution. We lost Adam Lallana [to injury] in that time as well, we would have lost two players.

"He was open to that [staying] and that was really cool. Then you have to be fair in the window and say we can do it, we don't like it but we can do it."

Philippe Coutinho is a baller!

He hit an outrageous hattrick that gets better with every goal! pic.twitter.com/SrAmaWuTmz

After all that effort, Coutinho's time in ​Barcelona has been about as miserable as you can imagine. He managed 18 underwhelming months at Camp Nou before being shipped out to ​Bayern Munich on loan, and it is expected that he will be on the move again this summer.

Liverpool have been unconvincingly linked with bringing the Brazilian back to Anfield, while ​Chelsea have often been touted as a likely landing spot as they look to finally replace ​Eden Hazard.