​Bayern have endured somewhat of an injury crisis at centre-back this season.

First-choice centre-half Niklas Sule was ruled out for the season - and what should've been Euro 2020 - after rupturing his knee ligaments back in October, while £68m summer signing Lucas Hernandez only returned at the start of the Ruckrunde following the ankle issue he sustained just before Halloween. 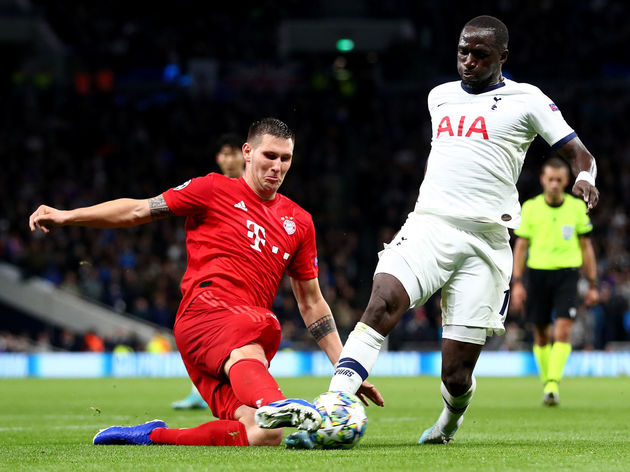 Nevertheless, David Alaba filled in gracefully at left centre-back while Jerome Boateng held off his decline for just a little bit longer to put together a string of sturdy performances at the heart of the Die Roten backline amid their impressive run under Hansi Flick.

Javi Martinez, Joshua Kimmich and Benjamin Pavard have also filled in when required.

But with the future of Alaba uncertain, Boateng now 31 and Sule returning from a potentially career-damaging injury, there's no doubt the 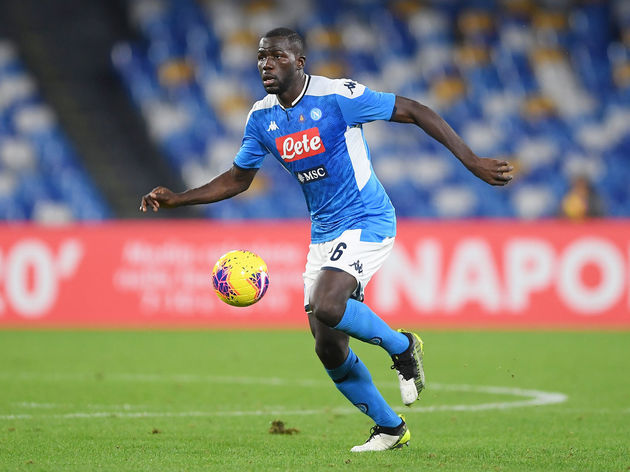 It's a necessity for Bayern's defenders to excel in the build-up phase and in Kalidou Koulibaly, not only do you have one of Europe's most dominant one-v-one defenders, but a superb ball-playing centre-half.

The Napoli man loves to break defensive lines with a vertical pass while he often remains composed amid an opposition press - enabling him to create favourable positions for his side further up the field.

His impressive speed and powerful physique allows the Senegal international to out-duel any forward on the continent and in Flick's free-flowing system, Koulibaly would be key in shutting out opposition counter-attacks. Widely touted as the most promising centre-back talent on the block, Kicker reported back in February that Bayern wanted to bolster its defence with Upamecano following the Frenchman's imperious display at the Allianz Arena in Leipzig's stalemate with Die Roten. With more uncertainty surrounding Sule than Hernandez following their respective long-term injuries, the Bayern hierarchy may well prioritise a right-footed centre-back in their search.

And if that's the case, they shouldn't look any further than Inter

The Slovak possesses a one-v-one ability of the highest order, while his superb positioning and proactive nature make him pretty much the complete defender. What makes him the ideal fit for Bayern, though, is the ease at which he defends large spaces, something the Bayern centre-backs are frequently forced to deal with.

Skriniar's 92.3% pass completion this season is mightily impressive and he often attempts to split defensive lines via a progressive pass or a determined ball-carry,

Despite being outshone by the imperious Stefan de Vrij this season, Skriniar's age (25) and skill set make him Antonio Conte's most prized defensive asset. The Nerazzurri certainly won't give him up easy. Right, let's have a gander at some of the more unknown commodities, starting with Athletic Bilbao's Unai Nunez, another product of the Basque club's 'cantera'.

Since his breakout 2017/18 campaign, the 6'1 Spaniard has shown himself to be a defender who uses his physique to his advantage brilliantly; often dispossessing opponents via an aggressive press from behind while he thrives playing against quick forwards.

He's not necessarily a progressive passer - highlighted by his average of 1.6 passes into the final third per 90 this season - but Nunez is nonetheless adept in the first phase and his 86.4% pass completion shows that.

Therefore, there's certainly a starting point for the Spaniard to develop into a more penetrative and vertical passer as his career develops.

Overall, Nunez would prove a cheaper alternative for Die Roten and the 23-year-old's skill set means he certainly has the potential to morph into a world-class centre-half. An intriguing option due to his versatility, Bensebaini is a left-back by trade but has also shown off his potential as a centre-back previously in his career.

His defensive technique is second to none, with the Algerian mastering the oh so satisfying art of the slide tackle. Also, due to his high-octane nature, Bensebaini - when playing at left-back - generally likes to engage with opponents higher up the pitch which is certainly a risk, but his tremendous recovery speed means he's rarely caught out - Alphonso Davies-esque.

The 24-year-old's ability to progress play, however, is what helps him stand out among others and overall, you could envisage Bensebaini playing a similar role to what Alaba did for Flick this season. Although he'd likely be playing second fiddle at two positions if he makes the switch to Munich. Another tactically flexible customer, the addition of Hertha Berlin skipper Stark would be an incredibly astute bit of business on Die Roten's behalf.

The towering 6'4 German has won over 60% of his aerial duels and over 73% of his battles against dribblers this term - being beaten just 0.7 times a game on average. In short, he's a fine one-v-one defender.

For a player of his frame, Stark's deceptively brilliant on the ball and this allows him to play in a defensive midfield role for Hertha when required.

Overall, his experience of the Bundesliga