​Manchester United have been named as a club who could be interested in signing Antoine Griezmann on a 'bargain' deal when the summer transfer window reopens, with Barcelona's financial strain meaning a sale is more likely.

With football at an indefinite standstill there has been plenty of scope for speculation, and now the future of the Frenchman is taking centre stage as avenues are being pursued at Camp Nou to reinvest in Barcelona's forward line.

The pursuit of Martinez has opened the door for potential departures, and despite only being signed by the club last summer, Griezmann is one player who could be shown an early exit. ​United's interest in the striker could be reignited, but ​Manchester City and ​Chelsea are the two clubs ​90min understands are on the lookout for a player

Duncan Castles has since weighed in with further developments, suggesting that United could renew their interest due to the fact Griezmann's value will drop significantly. La Blaugrana need money to secure Martinez and Neymar, therefore a cut-price deal for the Frenchman could be on the cards.

"Griezmann turned 29 last month so he's at that point in his career where your valuation and your worth in the transfer market goes down inevitably," Castles said on the ​Transfer Window podcast. "You have to find another club who is prepared to take him. Everyone knows that Barcelona are in difficult financial situations.

"So all of those things reduce his value and that's why I think you will see a club like Manchester United, who tried to sign Griezmann in the past and value him as a player, value him as a commercial asset as well, that's part of their thinking in trying to sign him two years ago, say: 'Well let's just have a look at this and see if there is a serious bargain to be had.'" 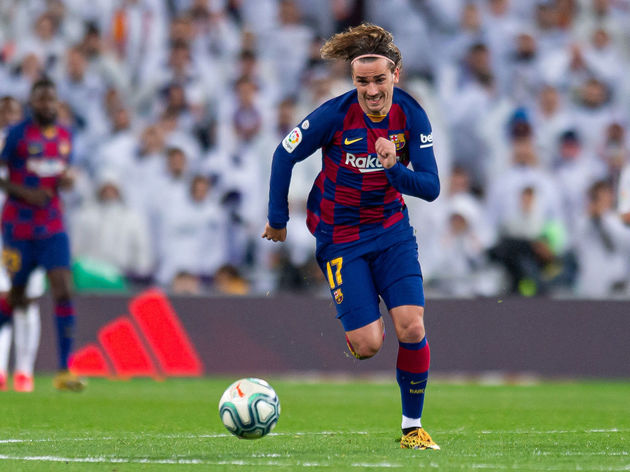 Money isn't United's problem, they've got enough of that. What is the problem with signing Griezmann is the project and philosophy the club are putting in place. There is a clear direction they're trying to take, with young, British talent at the forefront of their plans. Sure, Bruno Fernandes isn't that, but he's also 25 years old, not 29.

Also, there's no guarantee that United will have Champions League football next season – again – which...well, that's not too appealing for a top player, even one who's had a down season.

There may be some basis to the idea of securing an undoubted talent on the cheap, but it doesn't line up with the current state of affairs at Old Trafford. Castles adds that United could be swayed by the reduced fee, but with Odion Ighalo impressing on loan and ​in line to earn a permanent deal, they'll likely shift their focus elsewhere.