​Despite Atlético Madrid's recent Champions League success over Premier League high-fliers Liverpool, their league form has been nothing to shout about, leaving the door open for returning loanees to perhaps make their mark.

With the club languishing in sixth place before the suspension of the league, Diego Simeone may perhaps be looking to freshen up his squad for the start of next season.

While Simeone and his players may be coming to the end of their cycle, there may be a spot available for those players currently out on loan. For others, it may be the end of their relatively short careers in Madrid.

Here's a look at the players currently out on loan and their likelihood to make the grade with Los Colchoneros when they return... Despite only being at the club for a short period of time, the Croatian striker has most likely played his last game for the club.

Currently out on loan with Italian side AS Roma, the forward has not been in particularly impressive form, with only two goals in nine Serie A games this term.

With ​Atlético boasting a strike force of Alvaro Morata, Angel Correa and Diego Costa, as well as newcomer Joao Felix, it is seemingly unlike that the 32-year-old former Blackburn Rovers striker will take to the turf at the Wanda Metropolitano again.

Likelihood of Making it at Atletico - 1/10 The Argentine goalkeeper is another who has not been in inspired form this season, with only one league appearance for Mexican side Atlético San Luis - who are part owned by Atlético Madrid.

The former Rafaela stopper is currently out on his fourth loan spell since arriving at the club in 2016 and is seemingly going to have to make an impression sooner rather than later.

However, at just 24 years of age, the keeper may not be in a hurry to depart just yet - albeit if his competition in Madrid is the best goalkeeper in the world in Jan Oblak.

Likelihood of Making it at Atletico - 2/10 The young Spanish centre-half may have only made a handful of appearances for the senior Atletico side thus far in his career, yet his form this season out on loan has been encouraging.

Whilst playing for Segunda Division side Deportivo de la Coruña, the defender has made 22 league appearances in a promising spell, despite the club sitting 19th in the league table.

With the likes of Jose Maria Gimenez, Mario Hermoso and Stefan Savic blocking his route to a starting berth, it may be a while before the young man gets another chance at his parent club.

Likelihood of Making it at Atletico - 5/10 The Argentine striker was plucked from San Luis by Los Rojiblancos

With 14 goals in 28 games across all competitions, the 25-year-old has adapted quickly to the higher level, and is sure to have impressed his parent club.

With doubts over the future of Diego Costa and the consistency of Morata, perhaps there is a chance for Ibañez to seize an opportunity next season.

Likelihood of Making it at Atletico - 5/10 The talented young winger has been in solid form while out on loan with Atlético teammate Francisco Montero at Deportivo this season.

Five goals in 26 games, in all competitions, in Spain's second tier represents a good return for the wide man, who will be hoping to impress those watching on back in Madrid.

As a player with great potential - and at just 19 years of age - there is plenty of time for Mollejo to bridge the gap to the first team. With Simeone's side out of sorts domestically, it would be no surprise to see more first team action for the Mollejo next season, or perhaps a loan spell in ​La Liga.

Likelihood of Making it at Atletico - 6/10 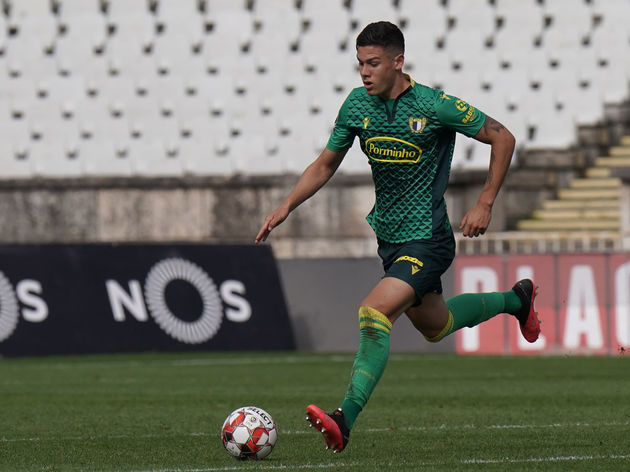 The 19-year-old Argentine defender has spent the season out on loan with Liga NOS newcomers Familicao, making a solid 16 appearances in all competitions.

Despite the players ahead of him at Atlético, after signing a six-year contract in 2018, Perez is obviously a player highly thought of by the club.

Although the young central defender has yet to make a first-team appearance under Simeone, it may not be long before he gets a chance to impress El Cholo.

Likelihood of Making it at Atletico - 7/10