W90
WorldNews
Lists
Next Article
Stuart Dallas: The most versatile footballer in the Premier League 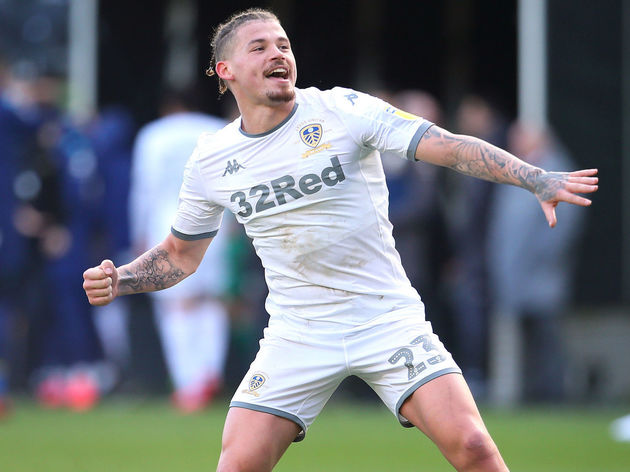 Speaking to ​FourFourTwo, Phillips said: "I was surprised [by the positional change] at first. The season before he arrived, I'd scored seven goals, so I was a bit confused and disappointed when he spoke to me. I could hardly say no, though, could I, especially given his track record of improving players?

He said: "I know the bar is incredibly high for international footballers, but I feel I'm on the border of that. Once Leeds have become an established Premier League side again, I'll be competing with the best. Hopefully I can do well enough to convince Gareth Southgate that I deserve a spot in his squad." Phillips has made 173 appearances for Leeds since making his debut in 2015, including 32 this season.

The Whites sit top of the ​Championship table with just nine matches left to play, holding a seven-point lead over ​Fulham in third place. Having come so close to automatic promotion last season, nobody at Elland Road is getting complacent despite Leeds' promising position, especially amid coronavirus-related uncertainty around when the season will resume.

Following a discussion on Friday, the EFL has announced that the season has been suspended indefinitely as football continues to come to terms with the coronavirus pandemic. No date has been given for a potential restart, but there does at least appear to be a determination to play the remaining games when it is safe to do so.