With that amount of success, it's no surprise that myriad 'big game players' have represented the Bavarian club. To list all of these players throughout history would be madness - we wouldn't be talking about a one page 90min article, it would be more like the size of a George R.R Martin set of novels.

With that in mind, honourable mentions must be given to club legends Franz Beckenbauer, Karl-Heinz Rummenigge, Gerd Muller, Lothar Matthaus and Sepp Maier, to name but a few.

For this list, we'll take a closer look at the modern day greats who have inspired Bayern Munich to more recent successes, and continued the club's incredible legacy. During his time in Bavaria, Lahm won the Bundesliga a whopping eight times, the

And on the off chance his trophy cabinet doesn't impress you, maybe these words from Pep Guardiola, who managed Lahm for three seasons in Munich, will.

Biggest Moment: A little use of artistic license here. While no-one can deny Lahm consistently performed well on the big stage for Bayern Munich, he wasn't one for grabbing the headlines. The full-back's biggest moment came for Germany during the 2006 World Cup, when Lahm scored the opening goal of the tournament for the hosts against Costa Rica. Over the course of his career the goalkeeper won four consecutive UEFA Best European Goalkeeper awards and two German footballer of the year awards. But most impressively, he's the only goalkeeper in the history of the World Cup to win the Golden Ball award as he did in 2002, after dragging a poor German national team to the final against Brazil. 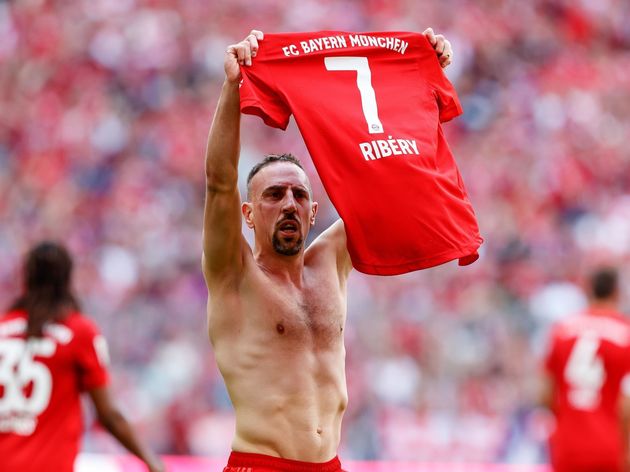 ​One of the greatest forwards of modern-day football. So great, you might argue, that in a parallel universe in which Lionel Messi and Cristiano Ronaldo didn't roam the Earth, the Frenchman may have been considered the best player on the planet during parts of his career in Bavaria.

He won a record nine Bundesliga titles, six DFB-Pokal and the Champions League during his 12 years in Munich, becoming an institution at the club. 9 - Robert Lewandowski has scored nine away goals in the Champions League this season; the joint-most by a player in a single campaign, along with Cristiano Ronaldo in 2013-14. Invader. #CHEBAY pic.twitter.com/VS05SuBX7G

Biggest Moment: Scored two goals as Bayern beat RB Leipzig 3-0 in the 2019 DFB-Pokal final. By doing so, he became the the all-time top goalscorer in German Cup finals with six, proving his status as a big game player. ​Despite an uninspiring first spell at the club, Effenberg truly made his mark at Bayern Munich upon his return in 1998.

Nicknamed "Der Tiger" for his ferocious personality, the German midfielder led the club to three Bundesliga titles and two European Cup finals in the space of four years as captain. Whilst he might not thank me for mentioning the first of those European Cup finals, he'd be more than happy to reminisce about the one two years later...