9 Games England Fans Should Rewatch While Football Takes a Break

They were supposed to win...in the eyes of England fans everywhere at least.

The complete and utter lack of football over the next few months has seen TV broadcasters the world over come out and offer free content for sport lovers everywhere. 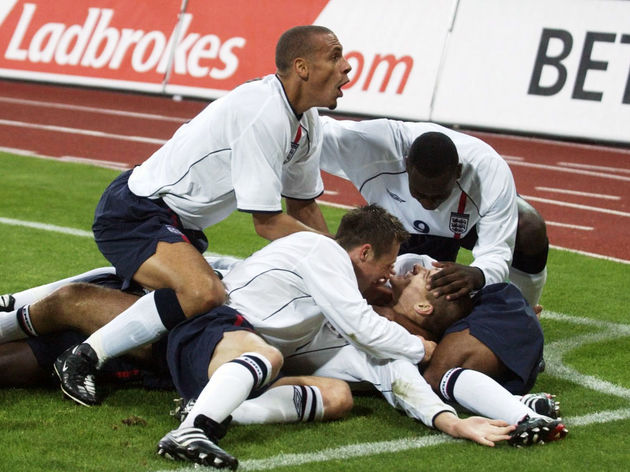 For England football fans, the last 150 years could have gone a hell of a lot better, it has to be said. But don’t worry, we’ve picked out nine classic games that every Three Lions fan should sit down and watch back.

They’re in no particular order, and they range from niche to world famous. Most importantly, every single one should leave fans feeling a mixture of impressed, passionate and proud.

Let’s get right into it. On the ninth of the ninth, 2009, England versus Croatia was Fabio Capello’s seventh of ten World Cup qualifiers for South Africa 2010.

Aaron Lennon put in one of his best displays in an England shirt, and, perhaps more crucially, so did Frank Lampard and Steven Gerrard.

Even though Theo Walcott’s teenage hat-trick in the away qualifier had beaten the Croats 4-1, there was still a slight nervousness throughout, with shades of Steve McClaren, the umbrella, and England failing to qualify for Euro 2008 in the mud still firmly at the forefront of our memories.

Lampard’s early penalty – won by Lennon – would set England on their way to their best performance under Capello, before Lennon assisted Gerrard for a perfectly-taken header.

Glen Johnson came to the fore in the second half, laying the ball on a plate for Lampard to convert his second.

Gerrard and ​Wayne Rooney scored numbers four and five for a clinical England. The Croatians struck in between, but it mattered little – England made the World Cup and Croatia didn’t. This was the Wembley night that saw ​Dele Alli announce himself to England fans, to international football, and to the world.

England were at their counter-attacking best. Roy Hodgson’s side didn’t want the ball for long. Periods of fifteen seconds at a time would prove devastating enough.

With a single swing of his sweet right boot, Alli struck a long-range beauty, curling outwards past his club teammate Hugo Lloris and right into the stanchion.

A memorable match was capped off when Wayne Rooney wound up a wonderful volley from ​Raheem Sterling’s cross. England had beaten one of the world’s best sides. The hurt of Maradona in 1986 and penalties in 1998 were still stinging painfully as England took to the pitch against Argentina at the 2002 World Cup.

Sapporo Dome’s lights never failed, but it wouldn’t have mattered if they had done. Throughout the match, flashlights went off around the stadium – Japan’s obsessed fans hoping to grab a famous shot of David Beckham, one of the biggest superstars football has ever seen. 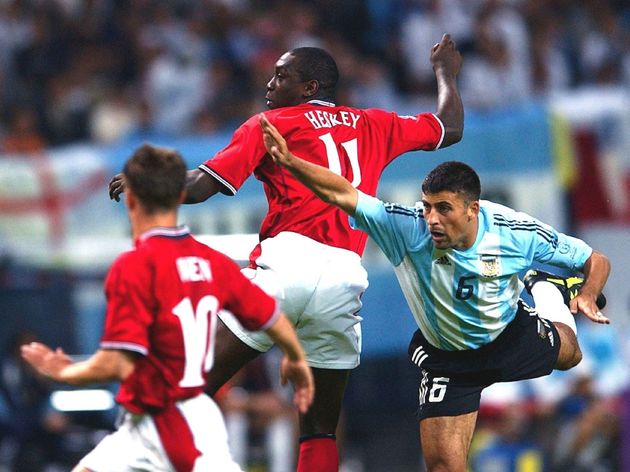 It would prove to be quite the inspiration as Beckham stole the show, converting the game’s only goal with an emphatic first-half penalty. It was Michael Owen who had won the spot-kick, apparently upended by Mauricio Pochettino.

The future ​Spurs manager could have been smarter, but England’s back five of Ashley Cole, Rio Ferdinand, Sol Campbell, Danny Mills and David Seaman in goal couldn’t. Irrespective of the final result, it was one of the most resolute and tactically sound displays an England team has ever produced. Under Roy Hodgson, the side had a knack of losing in tournaments but being deceivingly good in friendlies. In this March 2016 friendly, they beat world champions Germany.

It really was a game of two halves, but not two equal halves, for England only needed 30 minutes to come from two down to beat Germany in their very own backyard. England were young and exciting and nothing like as experienced in big matches as the players Joachim Löw and Germany could field. But it didn’t matter. England were winners in Germany yet again. Their recent record away to these famous foes is quite remarkable. The autumn would need to conjure up something very special indeed if England fans’ favourite moment of the year was to be anything other than their Russian adventure.

Luckily, Gareth Southgate had this up his sleeve: not only the first England goals in Spain since 1984, but a clinical win.

England saw only 27% of possession, but Raheem Sterling obliterated his international goal drought, scoring two of the team’s three goals on the night.

All three of the team’s goals came within 22 minutes of each other, during a period in which Spain and Luis Enrique did not know what had hit them.

The wily old foxes came pushing back, but when ​Sergio Ramos carried the ball back to the centre circle after his 97th minute goal to make it a nervy 3-2, he did so in vain.

Southgate’s England had beaten Spain ­— a first competitive home defeat for the Spaniards since losing to Greece in 2001. Both of those matches came at the home of Real Betis, suggesting they might not be returning anytime soon. This one makes the list simply because of England’s only meeting with Iceland ever since.

If the UEFA Nations League isn’t indeed cancelled due to COVID-19, then the two sides will face one another again. Until then though, this is the prescribed medicine.

During an unofficial FA tournament in the summer of 2004, England drew with Japan and then hammered Iceland to lift a truly meaningless trophy.

In what went down as an international friendly, England were anything but friendly to Iceland – 3-0 up at half-time.

Two strikes from a young Wayne Rooney were equalled by Darius Vassell, with Wayne Bridge scoring his only England goal.

England battered Iceland, although not when it truly mattered. As part of their two years of friendlies before hosting the World Cup, Brazil faced England twice in 2013, beating the Samba stars at Wembley in February.

When the Three Lions travelled for their away match though, it turned out to be quite the event. England were lucky enough to be the side invited to reopen the historic Maracanã Stadium a year before it would host the World Cup final.

Brazil wouldn’t make the final and neither would England, but their June 2013 friendly was a classic. ​Alex Oxlade-Chamberlain scored a precise long-range volley to equalise at 1-1. What made this even more special than it already was is that England were playing at the Maracanã for the first time since John Barnes’ famous solo goal helped England win 2-0.

Wayne Rooney scored one of his best in the white and red of England as he bent the ball accurately into the top corner from a swift counter, putting a Three Lions side who had been second-best 2-1 up.

Paulinho acrobatically levelled things late on, but this draw had been a display of some of the world’s best talents: young and old. Rooney, Frank Lampard and ​Joe Hart mixed with the likes of ​Dani Alves, Thiago Silva and ​Neymar. It was great fun to watch, even if an England victory would have been lucky at best. The very best compliment you can pay to Southgate and his brave young Lions about this match is to state that they did a very un-England-y thing very well indeed.

The Three Lions don’t win on penalties, they don’t get better as tournament matches go on and on, and in recent years they simply don’t progress through knockout rounds.

England were un-England-y, and it made for the most emotional international in living memory.

Some serious resolve and graft were required to put this dirty and dogged Colombia outfit to the sword.

93 minutes in, a towering header from Yerry Mina forced extra time and broke England hearts. But it was with their hearts that England scored four of five penalties, cheering in their centre-circle huddle when ​Jordan Pickford acrobatically set up the grand finale, and leaping on each other like a true unit when Eric Dier sent them through.

Gary Neville said: “We’ve suffered too much. We needed this. We could not have gone out again.” And he was right.

Personal redemption for Gareth Southgate, and pure joy for a nation struggling to find its true self. Even taking into account the first 50 years of international football, when England were widely regarded as the best side on the planet, this may well be the best performance in England national football team history.

Euro 96 on home soil seemed to engulf the concentration and interest of an entire nation, and the group game against one of the best Dutch teams ever offered a display to be envied by every team on earth.

Paul Gascoigne was suitably ‘Gazza’, Alan Shearer and Teddy Sheringham scored two each, and Wembley sang from the first whistle to the last. England don’t beat good teams in major tournaments. Here though, for the first and only time in their history, the Three Lions thrashed one.

To cap off a brilliant occasion, Patrick Kluivert’s consolation goal knocked Scotland out of the tournament.

Via YouTube or any other such medium, most definitely a day to replay.