​It's almost been a month since we last had any live football. The coronavirus pandemic has brought the game to an abrupt halt, and it looks like that will remain the case for the foreseeable future.

But while there's no live football, it's the perfect excuse to rewatch some classic games. Chelsea haven't played since their 4-0 drubbing of Everton in March, but there are dozens of memorable games to look back on instead from the club's recent fruitful history.

So, here is 90min's selection of the best classic games for ​Chelsea fans to rewatch in football's absence. 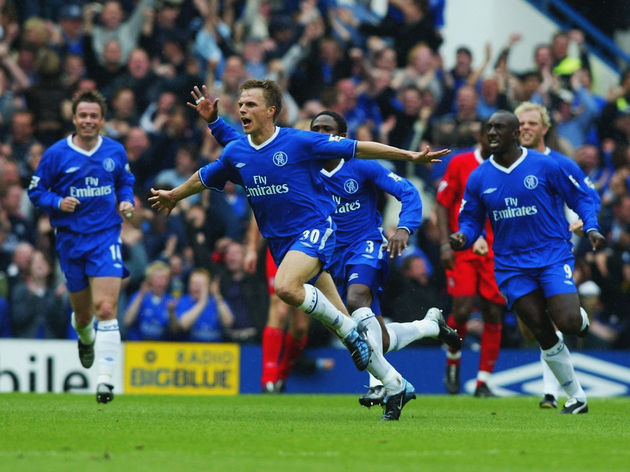 There are few games as important as this one in Chelsea's history, when they hosted ​Liverpool on the final day of the 2002/03 ​Premier League season. The two sides were level on points going into the season finale, battling it out for the final ​Champions League spot.

​It couldn't have got off to a worse start, with Sami Hyypia heading the Reds in front. The visitors' lead didn't last long though, as Marcel Desailly's header drew Chelsea level. The win was wrapped up by Jesper Gronkjaer, his resounding finish sealing European football for the Blues.

That victory in west London saw Chelsea qualify for the Champions League, ultimately leading to Russian billionaire Roman Abramovich buying the club. Gronkjaer had scored the £1bn goal in his finest moment in blue, and the rest, of course, is history. 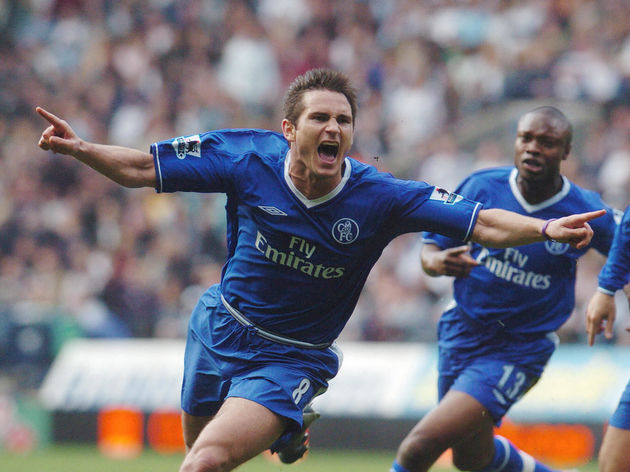 Just two years later, Chelsea had another shot at history when they travelled to Bolton Wanderers. Jose Mourinho's side had the chance to win the league for the first time in 50 years, the first since the days of Roy Bentley and Ted Drake.

A second-half brace from Frank Lampard settled it at the Reebok Stadium, with two excellent goals in front of the travelling Chelsea fans. Half a century of waiting was over, in a win that sealed the first of four league titles in the next decade.

Chelsea went on to win the Premier League with a record 95 points, one that stood until 2018 when it was broken by ​Manchester City's centurions. The Blues now have six league titles to their name, but it was the first one of the century that was by far the sweetest. Four years since winning back to back league titles, Chelsea were 90 minutes away from retaining the league in 2010. It went down to the final day as the Blues welcomed ​Wigan Athletic to Stamford Bridge, while sat one point off the leaders praying for a miracle.

A win was all Chelsea needed to wrap up the title, but they did it in incredible style. A hat-trick from Didier Drogba, a Nicolas Anelka brace and goals from Lampard, Salomon Kalou and Ashley Cole completed an 8-0 thrashing to romp to their fourth league title.

The league win was the peak of Carlo Ancelotti's reign in west London, completing the double by winning the FA Cup six days later. The 2009/10 Chelsea side is one of the greatest the club has seen, and that final day demolition of Wigan encapsulated their quality perfectly. 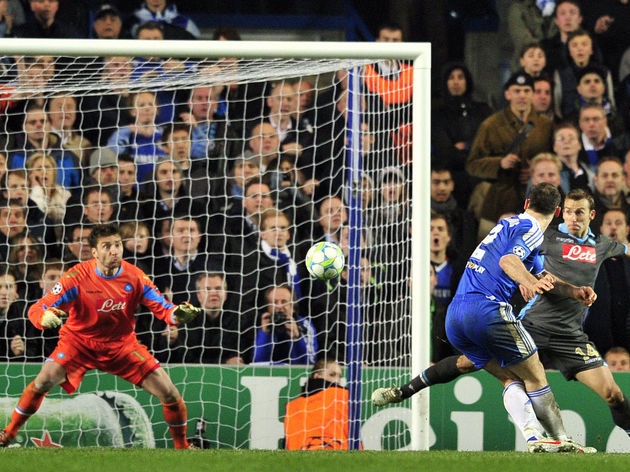 Chelsea fans may well be inclined to watch the entirety of the 2012 Champions League run, with the second leg against ​Napoli a definite highlight. The Partenopei travelled to London with a 3-1 lead in the round of 16, though Chelsea left Naples with a crucial away goal through ​Juan Mata.

The Blues got off to the perfect start, with goals from Drogba and captain John Terry drawing the tie level on aggregate. But their hard work was undone by Gokhan Inler, whose emphatic strike put Napoli ahead in the tie while finding a vital away goal for the Italians.

Nevertheless, Chelsea continued the fight and took it to extra time with Lampard's superb penalty. The comeback was complete on 105 minutes – Didier Drogba pulled the ball back and Branislav Ivanovic was there to fire it home, sending Chelsea into the quarter-finals. Chelsea travelled to Catalunya with a vital advantage, having won the first leg 1-0. But ​Barcelona would not make it easy, having lost just once at home all season. The Blaugrana raced into a 2-0 lead, either side of John Terry's sending off for kicking out at Alexis Sanchez.

The Blues' Champions League campaign was in jeopardy, but Ramires put the visitors ahead on away goals with an audacious chip over Victor Valdes. Chelsea were going to the final, wrapping it up in style when Fernando Torres ran from his own half and slotted it into an empty net.

That Torres goal is one of the most memorable moments in Chelsea's European history; one of pure joy and elation. It gives Chelsea fans goosebumps watching it back, and is certainly a classic game to watch back to reminisce about that night in Spain. ​​If there's just one game that Chelsea fans simply have to relive, the choice is simple. 19th May 2012 is by far the greatest day in any fan's time supporting the club, when Chelsea met ​Bayern Munich in the Champions League final at the Allianz Arena.

Whether it's Drogba's thumping header into the roof of the net to draw the Blues level, Petr Cech's extra time penalty save from Arjen Robben or the entirety of the penalty shootout, that entire night in Munich creates a multitude of wonderful memories for Chelsea fans alike.

Yet the one moment to re-live time after time after time is the final penalty. Drogba stepping up, taking a deep breath and sending Manuel Neuer the wrong way to crown Chelsea Champions League winners. Beating Bayern in their own backyard to become champions of Europe at last. The most recent entry on this list is a given, taking it back to May 2019 and Chelsea's most recent piece of silverware. The Blues met ​Arsenal in the all-London Europa League Final, albeit 3,000 miles away on the opposite side of the continent in Baku, Azerbaijan.

After a tense, goalless first half, the Blues finally found their breakthrough with ​Olivier Giroud's header. ​Pedro's excellent low finish gave Chelsea breathing space, before a brace from ​Eden Hazard wrapped it up and secured Chelsea's second Europa League crown.

It has been less than a year since Chelsea last won silverware, though given the current situation it could be their last one for a while. Nevertheless, there are countless classics for Chelsea fans to relive, revisiting those beautiful memories and milestone's in the club's history.