Players at every club are currently trying to maintain their fitness at home as best they can while training grounds remain closed because of the nationwide lockdown. But it cannot replicate normal training and De Bruyne fears a scenario where injuries will quickly stack up. 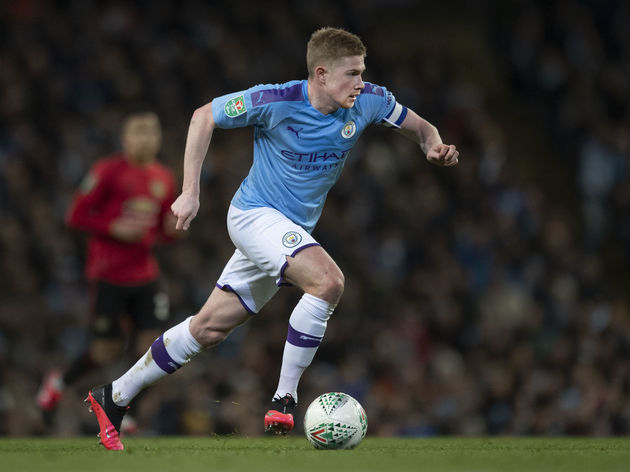 As yet, despite a commitment to ensuring the 2019/20 season is finished rather than cancelled, there are no concrete plans to resume football. Restarting in June and completing some time in August has discussed, but all of it remains distinctly speculative until the spread and impact of coronavirus is much improved and under control.

Should the UK remain in lockdown mode until June, as is still possible, allowing players extra time to train to safeguard against injury could even see the season continue into autumn. That will have huge implications for 2020/21, after which the European Championship follows.

“I have no idea if we will still play,” De Bruyne told Belgian publication HLN.

“In England they want to wait as long as possible with a decision. But as a footballer that is not helpful. When you are idle for six weeks, normally you need a preparation of three to four weeks. If we restart immediately, everyone will be injured after a few games.”

The City play-maker acknowledged that the level of money involved in the Premier League makes decision making in these circumstances extremely difficult, but he suggested that cancelling the season might be for the best because of the knock-on effects of a major delay.

“I think waiting so long to make a decision can cause problems for next season,” he added.

“It is not that we have a very long summer break and can just postpone everything. I would be sorry to stop early after such a good season, but if it avoids problems next year, it must be done.”