It might be called Der Klassiker, but Bayern Munich's rivalry with Borussia Dortmund is largely a derby which has been

They're both the biggest and most successful teams in the Bundesliga. But unlike Dortmund's Revierderby or the Berlin derby, Der Klassiker didn't become one of European football's most anticipated games due to its geography.

In fact, in a historical sense, both teams couldn't come from more different beginnings. Bavaria, and more specifically Munich, is one of the richest places in Germany, while Borussia Dortmund's history is embedded in a much more humble, working-class area of the country.

That's not to say Germany's Rekordmeister haven't had rivalries with clubs in the north-west. In the Bundesliga's infancy in the 1970s, it was Bayern Munich 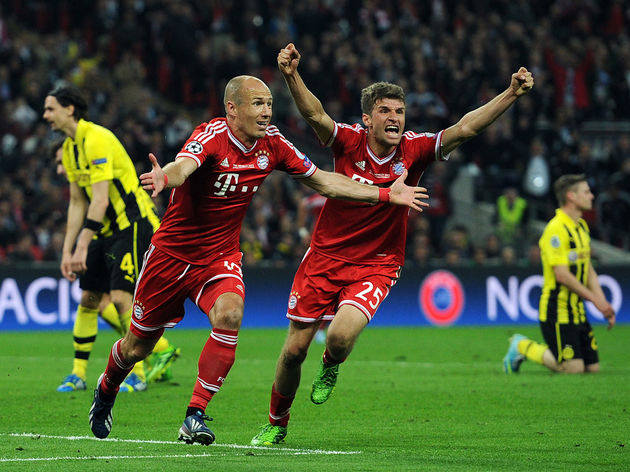 FC Hollywood, as they would come to be known some years later, didn't do the double over Borussia Dortmund until the 1968/69 season. It was the year Bayern Munich won their first Bundesliga title too, also beating Schalke in the cup final to win the first double of the modern era.

In the years that followed, Borussia Dortmund didn't enjoy much success against Bayern Munich. They even lost in the Bavarian's biggest ever win - an 11-1 drubbing at the Gerd Müller scored four.

But fast-forward to today and Der Klassiker is hyped up as a title-deciding game. In truth, it's rarely come that close during Bayern Munich's most recent era of dominance, but Germany's showpiece is always one of the most anticipated games on European football's calendar.