7 of Leicester's Best Big Game Players of the Modern Era

​Look, we know he's the cover photo for this article and we know he's the most famous Leicester player of all time, but this list will not, we repeat, will not just include Jamie Vardy repeated seven times.

Though the Foxes' relentless number nine has been the key ingredient to Leicester's historic recent success he's had plenty of help from other big game players along the way.

The club also boast a string of 1990s heroes who were doing the business back when Vardy was still wreaking havoc in the playground of a secondary school in Sheffield...presumably. It would take hours to list all of Vardy's big-game performances, as his record against the Premier League big boys can attest.

No one has scored more goals against the 'big six' since the start of the 2014/15 season.

His best-ever performance against one of the big hitters? It's a toss-up between his ​arrival as a superstar against ​Manchester United in 2014 and his brace against ​Liverpool during the Foxes' title-winning season.

Vardy shows no signs of slowing down, suggesting that many more teams will be on the end of one of his superhuman performances before he hangs up his boots. Captain fantastic for Leicester during the 1990s, Steve Walsh loved nothing more than scoring a big goal during a big game.

Walsh netted in the 1993 Second Division playoff final, but it was not enough to stop the Foxes falling to a dramatic 4-3 defeat to Swindon Town - the second time in as many years that they had fallen at the final hurdle.

One year later, the club finally secured promotion to the newly ordained Premier League and they had their skipper to thank.

With five minutes left to play at Wembley, Walsh sent the Foxes into euphoria by bundling the ball into the back of the net to secure a 2-1 over Derby County. It was his second goal of the game and it proved he was a man for the high-pressure occasion. ​One of the unsung heroes of Leicester's title win, Leonardo Ulloa kept his cool during a number of pressure cooker moments towards the back end of the 2015/2016 season.

The Argentine bagged a last gasp winner against Norwich in February but it was his heroics in a game against ​West Ham two months later that cemented his place in Leicester folklore.

With star man Vardy sent off and Leicester trailing 2-1, Claudio Ranieri's side were awarded a 95th-minute spot-kick. The normally thunderous King Power Stadium fell into an eerie silence as Ulloa put the ball on the penalty spot.

Despite having the hopes and dreams of an entire city on his shoulders, Ulloa made no mistake - blasting his shot past Adrian to secure his a vital point. 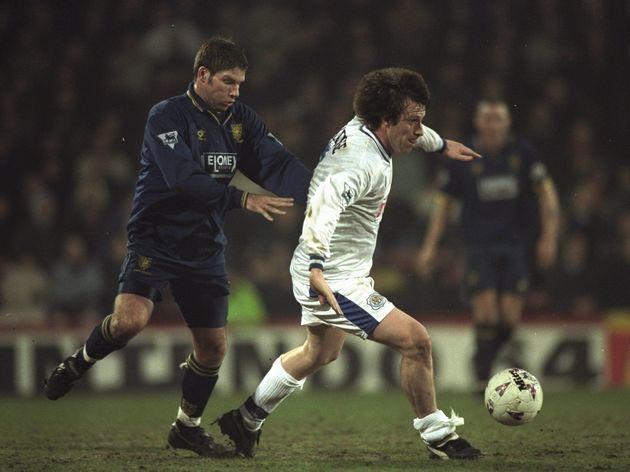 ​Chances are, if you support a slightly rubbish football team, Steve Claridge will have played for them at some point in his epic career.

Claridge played in four separate decades for an obscene amount of different clubs and it was at Leicester during the mid-1990s that he carved out a niche as a big-game player.

He shined in (as in, it definitely came off his shin) a match-winning volley in the 1996 playoff final and one year later, his goal settled the League Cup final - though this time he managed to make a cleaner contact.

Claridge's love of match-winning performances continued right up to the final game of his career - when he scored two quick-fire goals to clinch the Southern League Division One playoff final for Gosport Borough back in 2011, at the tender age of 46. Few will forget his goal against Sevilla in the ​Champions League though...

After Wes Morgan had levelled the game up on aggregate, Albrighton fired in the winning goal from the edge of the box to send little ol' Leicester into the quarter-finals. Magic. 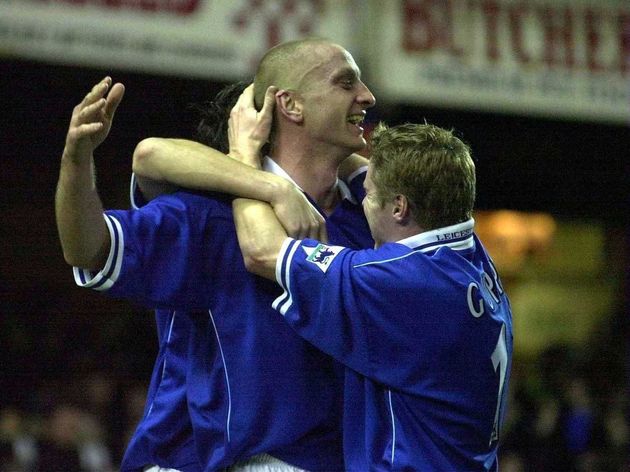 ​A captain's job is to inspire his team onto victory and Matt Elliott did exactly that during the 2000 League Cup final.

The Scotland international scored both goals as Leicester secured a 2-1 victory over Tranmere at Wembley.

It would be the last trophy that Martin O'Neill - one of the club's most successful ever managers - would win before leaving for Celtic later that year. He had Eliott to thank for gifting him such a perfect send-off. ​Sometimes it seems Kasper Schmeichel has access to some hidden, dark energy that makes him unbeatable when the pressure is on.

The Dane always shows up for the big occasion as his heroic, first leg performance to keep Leicester in their Champions League tie against Sevilla demonstrated.

Schmeichel was even better in the return game, keeping out Steven N'zonzi's penalty to help his side secure a famous victory.