While Liverpool are still awaiting the verdict on whether or not they will win their first Premier League title, one history-defining moment has already taken place this campaign.

For the first time, the Reds will don Nike kits next season, having signed a lucrative deal with the world-conquering sportswear company - ditching New Balance in the process.

While there have been 'leaks' here and there illustrating what Nike's first Liverpool kits may look like - including a 'hyper' turquoise away shirt - nothing is set in stone as of yet, giving us (and Nike, if you're reading) a perfect opportunity to speculate some more.

There have been some absolutely blinding vintage football shirts produced by Nike in years gone by, so here are some of those that should inspire Liverpool's new kits - but likely won't.

Before we get started, we're classing 'vintage' as any football shirt over 15 years old. ​Modelled above by a baby-faced Ian Wright, ​Arsenal's 1994/96 home shirt was a thing of pure beauty. While the Reds may not want to base next season's kit on a Premier League rival, you have to admit that the shirts produced by the Gunners - and Nike - during the 1990s were breathtaking.

A stunning zig-zag lightning bolt pattern, the old school Nike sponsor - which has been brought back this season on various alternate shirts - and a gorgeous yet simple white collar. What's not to like?

Vintage Rangers away shirt from 1997-99 worn when the club completed a famous domestic treble! #RangersFC pic.twitter.com/mFVmQVqcNI

The day shirts like these stopped being made was a dark day for football.

Similarly to Arsenal, Nike and Rangers formed a formidable relationship in the '90s, producing some of the most stunning and eye-catching designs the world has ever seen.

The 1997/98 away shirt was arguably the pick of the bunch, with a sleek white to black gradient that makes most modern day shirts look like toilet paper - yes, that would actually be quite useful these days.

If ​Liverpool could replicate this style for either their away or third kit, with potential colour variations, then they would definitely be on to a winner. 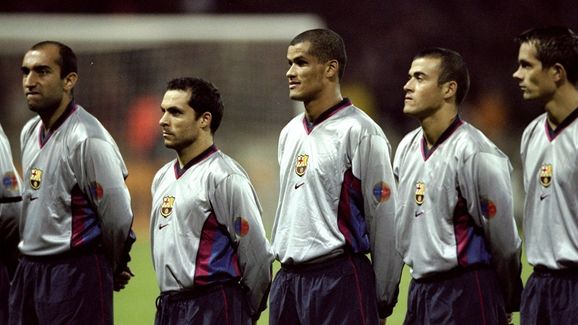 Now, this is likely to be somewhat of a marmite kit, with silver football shirts often dividing opinion.

While Liverpool will be hoping for gold rather than silver in the ​Premier League this season, Nike could do an awful lot worse than re-launching this beauty for the world champions. 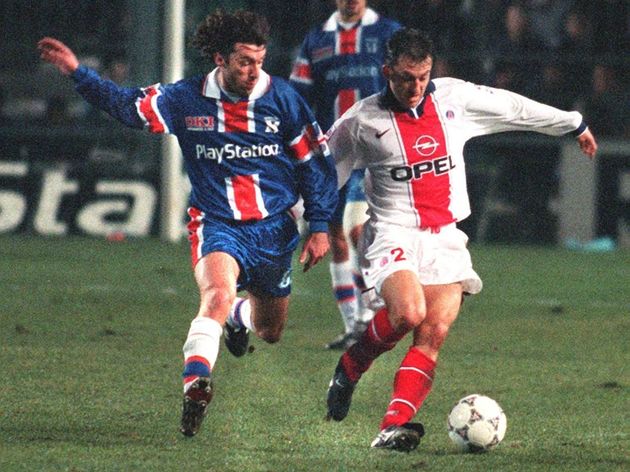 ​If we were able to invert this shirt - swapping the white and red around - then this would make a gorgeous home kit for the Reds next season.

Yes, it would stray from the traditional all-red home shirt Liverpool fans are used to, but the transition to Nike offers the Premier League leaders the opportunity to dream a little bigger.

Also, ​Kylian Mbappe will feel right at home in a PSG-based shirt when he inevitably joins the Reds this summer - #Mbappe2020. ​Nigeria have a tendency to produce remarkable football shirts, with the Eagles' 2018 World Cup strip selling out within minutes of being launched.

An adaptation of ​Dortmund's 1994/95 home shirt could be fitting for Liverpool next season, as it was worn by the German side when they won their first Bundesliga title.

The fluorescent yellow with striking black sleeve trimmings makes this kit one of the most mouthwatering designs ever produced by Nike, and a shirt now worth upwards of £100 in good condition.

Liverpool have never shied away from wearing bright yellow kits, last doing so in Dortmund style colours in 2014/15, and some of the Reds' most popular away and third shirts from past years have been similarly vibrant. 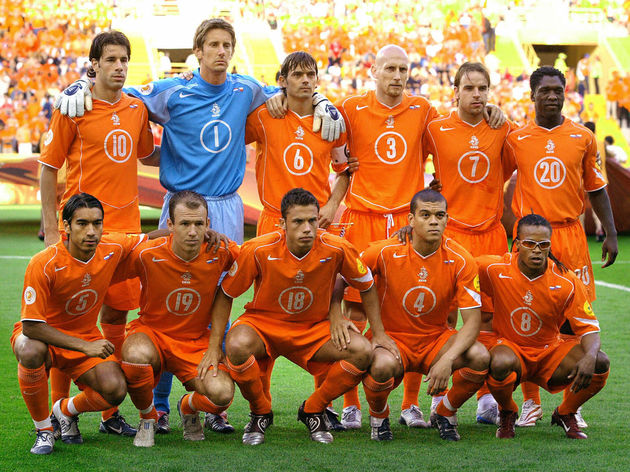 An incredibly common template in the mid-2000s, the Netherlands, Brazil and Turkey were just several of the teams that donned this simple shirt. While it may not set the world on fire, it resembles the kind of strip you can seriously imagine Liverpool wearing next season, albeit in red.

The white trimmings would likely be gold if the Reds did choose such a design, and it highlights that a shirt doesn't necessarily need to be flashy to catch the eye.

A young Ronaldo in action for PSV, 1995. pic.twitter.com/lB4yJ9rOMj

If Nike and Liverpool want to mix up the club's bog-standard all-red home shirt next season, but without alienating the punters, they could well take inspiration from PSV's semi-striped home shirt from 1995/96.

The stripes come all the way up to the sponsor - which itself appears in a horizontal stripe that extends to the sleeves - while the shirt also boasts a chequered collar.