Exclusive - Manchester United midfielder Paul Pogba's priority remains to join Real Madrid when the transfer window opens, due to his desire to link up with Zinedine Zidane.

Pogba has spent the majority of the season stuck on the sidelines through injury - with the World Cup winner only managing to start five league games in 2019/20. 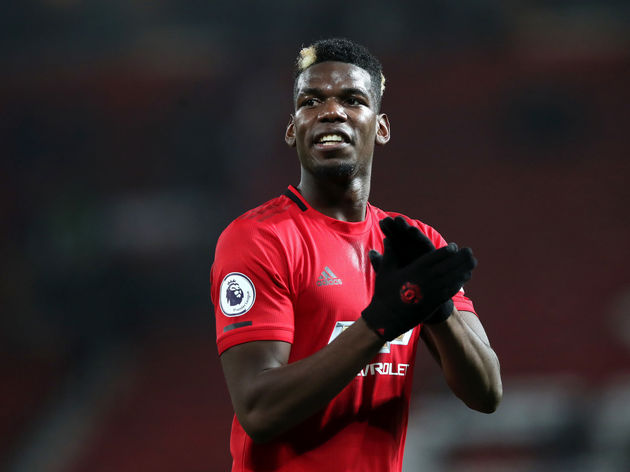 Meanwhile, the likes of Real and Juventus have retained interest in Pogba for months.

With ​Pogba's future still unclear, a source has reaffirmed to 90min that his priority is to join ​Real Madrid, and the Spanish giants do still hold an interest in him. Pogba and his representatives made it clear to United in 2019 that his wish was to depart, and this remains his ambition. He is very keen to work with Zidane, an idol of his.

Former club ​Juventus, as well as Paris Saint-Germain and ​Bayern Munich are also monitoring his situation, but Pogba's first choice is - and always has been - Real Madrid. Los Blancos had drawn up plans to lure French trio ​Kylian Mbappe, ​N'Golo Kante and Pogba to Madrid over the next couple of summers, but the coronavirus pandemic has complicated matters. Clubs are encountering financial difficulties due to the postponement of matches, and Real are no different. Despite interest,

United's price for Pogba will prove to be a stumbling block. The Red Devils remain hopeful he could yet stay and sign a new deal - this is not impossible, as agent Mino Raiola has hinted in recent interviews - but it is not Pogba's preference.

A recent report has stated that United are 'optimistic' he will stay, as they doubt any of Europe's elite could afford their star man, though time will tell if the move is to be pulled off. ​Real would need to offload players before they are able to sign anyone in the next transfer window, and the club have already indicated to the likes of ​Luka Modric and ​Gareth Bale that they are free to leave.

Elsewhere, Toni Kroos, ​Karim Benzema and Isco are also at risk of being sold as they look to raise funds.