​Newcastle United are leading the race to sign RB Leipzig forward Yussuf Poulsen ahead of both Everton and West Ham United, according to a report from Germany.

The 25-year-old has struggled for regular game time under manager Julian Nagelsmann - starting only twice in 2020 - which has left him frustrated.

And German publication ​Sport BILD are now reporting that the Danish international has handed in a transfer request to Leipzig officials. They claim that the Magpies are considered to be the 'favourites' to sign Poulsen this summer, ahead of both the Toffees and Hammers. The forward, who can also play on the wing, is said to be available for a fee of €30m (£27m) and is particularly keen to move to the ​Premier League, giving the three aforementioned clubs an advantage in signing him.

Despite not having played many games, he has still impressed, with three goals and a ridiculous 11 assists in all competitions during the 2019/20 campaign. The 25-year-old was a regular during the previous season for Leipzig, scoring 19 and also laying off eight assists for his teammates.

Known for his strong work ethic and good link-up play, he could be a good signing for ​Steve Bruce's side, with the Tyneside club currently lacking a regular goalscorer. The Dane could also be ideal to help out the likes of Joelinton and Miguel Almirón, who have struggled at times in front of goal at St James' Park. 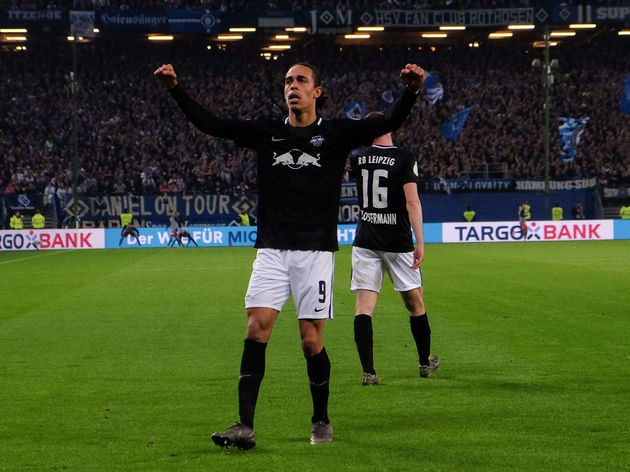 His playing style could also compliment the likes of Richarlison and Alex Iwobi at ​Everton, yet the 25-year-old would additionally be a good fit alongside Jarrod Bowen and Sébastien Haller at the London Stadium too.

Poulsen began his career in his native Denmark at Lyngby BK, before joining Die Roten Bullen in 2013 for their first season in the German third division. He is the current record appearance holder for the club with 228 games, and has scored 61 goals in total.

With the likes of Timo Werner and Patrik Schick currently considered the first-choice strikers for the ​Bundesliga club, a move to the Premier League could be the best thing for him and his signing could be a shrewd move for the club that lands his signature.