​Manchester United midfielder Nemanja Matic says teammate Scott McTominay has the potential to become a club legend in the future.

The 2019/20 Premier League campaign has been a positive one for McTominay under manager Ole Gunnar Solskjaer, the midfielder making 20 appearances in the competition so far this season.

Since their returns from injury, Matic and McTominay have been pivotal to United's recent upturn in form, and the former has now claimed the Scot has what it takes to be a mainstay at Old Trafford for the next decade. Matic told the club's website ​website: "I think he will be a very important player for Manchester United in the next ten years or more. He is the kind of player and person that you always want to have in the changing room."

He added: "We are always talking, especially when he started to play in the first team, but now he's a proper senior player he plays like he’s had ten years in the first team...with him, we don’t have any problems.

“I remember when I was 20, 21, 22, I always looked to older players to see how they train and how they behave.

“I think it's important and I hope I can help the youngsters in our changing room. Obviously, we have a lot of young players!”

McTominay has scored four goals in the Premier League this season, with the most recent being his strike in the 2-0 victory over local rivals Manchester City. 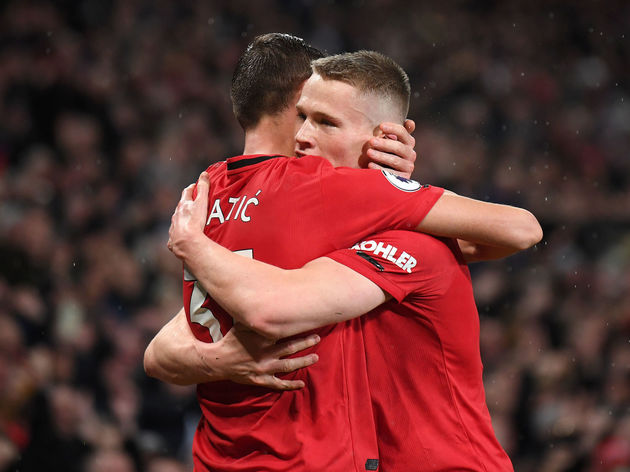 Serbian ​Matic added: “I'm happy for him and United that they have a player like that in the team. He just needs to continue how he’s been working until now and I’m sure he will be one of the Manchester United legends one day."

Having played more of a bit-part role during his first two seasons with the first team, McTominay has proved his worth as a regular starter this campaign for United, with his work rate and tenacity in midfield proving a big hit with Red Devils fans.