​Everton. One of the most successful and historic teams in English football have had a tough time of late. Their trophy cabinet is gathering dust and plans for a new stadium come and go like clouds on a windy day.

It's sometimes hard to imagine the incredible calibre of players that have graced the Goodison surface throughout the modern era.

Here are seven of the best big game players to entertain the blue half of Merseyside in the Premier League. For better or worse, there is one thing lacking from British football these days: the old-fashioned no.9. Big Dunc left nothing to the imagination on the pitch, he knew his strengths and he utilised them perfectly.

If you had to sum up Ferguson, here's two things: he's the only Premier League footballer to score a hat-trick of headers and the only player to receive a Premier League red card on Valentine's Day. Fitting eh? After two separate stints, including 230 appearances and 58 goals, the 6'4 Scotsman etched himself into Evertonian hearts forever.

Biggest Moment: A Merseyside derby, live on TV and at the famous end of the ground. It's hard to look past his first ever goal for Everton in 1994. Everton were rooted to the bottom of the table, but in the 54th minute of the derby Big Dunc did what Big Dunc does - he leapt higher than David James in the mixer and powered the ball home. That changed the match and Everton's season, and Blackburn went on to win the league. Even on UEFA's website, Leighton Baines is described as 'a dependable left back' - can't get much more official than that. It's hard to remember a time of Everton without Baines or a time of Baines without Everton. His expertly taken penalties and postage stamp free kicks have gone almost unrivalled for more than a decade.

Just the 342 club appearances spanning 13 years for the Blues, and 29 goals - not bad for a full-back. Baines holds the club's spot-kick record and became the first defender to reach 50 Premier League assists in 2017.

Biggest Moment: We know by now that Baines and penalties go hand in hand, but his most famous one came in the 2009 FA Cup semi-final shootout against Manchester United. After misses from Tim Cahill and Dimitar Berbatov, the responsibility fell to the shy Scouser. His dependability and precision endured and he slotted home against Ben Foster to send Everton to the final. Clutch. 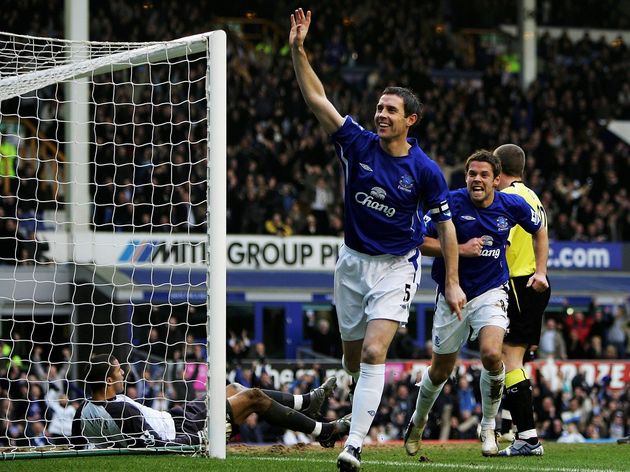 Games aren't just won by attackers, you know. A good old-fashioned centre-half who would run through a brick wall for you. Moving south of the border, the Scotsman joined Everton in 1999 where he found his home for seven years. A fan favourite.

Weir was the club captain under two managers - Walter Smith and David Moyes - and won most of his Scotland caps due to his impressive performances down on Merseyside. 235 club appearances and 10 goals from Mr reliable.

Best Moment: David Weir headed in the first of two goals against Newcastle on the last home game of the 2004/05 season which cemented the Ev's place in the Champions League the following season. Everton fans were blessed by the presence of this Basque beauty in 2005, and the rest is history. An attacking playmaker who rarely ever got flustered and turned in man-of-the-match performances on the regular.

Many games passed with Arteta dictating the tempo of play from the centre and Leon Osman and Steven Pienaar on either side of him. Arteta spent six glorious years at Everton which will live long in the memory of Toffees followers. All good things must come to an end, and inevitably Arteta moved to Arsenal back in 2011.

Best Moment: Everton's backs were firmly against the wall after a 2-0 defeat away at Fiorentina in the UEFA Cup back in 2008. Arteta produced a stunning strike in the 67th minute to equalise on aggregate and take it to extra time. A moment of magic from a magical man. 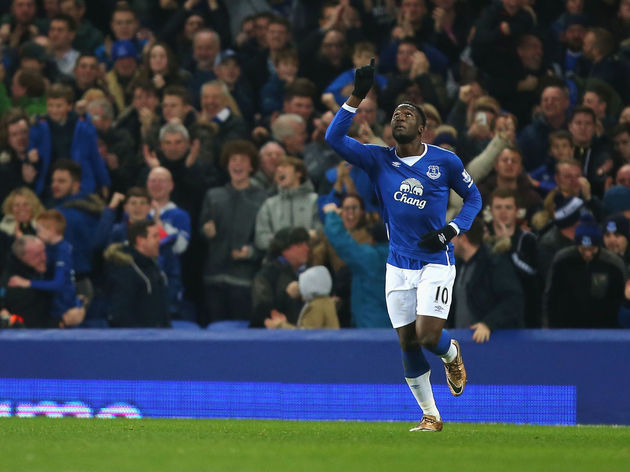 It's simple really: Romelu Lukaku will get you goals. The sheer strength, size and, power of this Belgian forward makes him who he is. Although not a target man (like expected) his pace, awareness and athleticism make him a superb out-and-out striker.

Lukaku brought something that Everton had been lacking in seasons before him. A loan spell from Chelsea saw him bang in 15 goals in 31 games. You can see why the fans adored him and the club just *had* to sign him. A record-breaking £28m later and Rom was theirs - for three years at least.

Best Moment: In 2016, Lukaku knocked in an 11-minute second-half hat-trick against the soon-to-be relegated Sunderland. Summarises his Everton career really. Last but definitely not least is, Leon Osman. Maybe not as glamorous as the other six choices, but Osman was ever-present in the Ev's midfield for 16 years. Ossie only broke into the first team at 23 years old but despite the late start, he evolved into one of the club's most creative midfielders. Consistency was Osman's middle name and it was rewarded with his first England cap in 2012 at the grand old age of 31.

The absolute epitome of the local kid to local hero fairytale we all dream of, every Everton fan will talk for hours about his ability and their love for him. Long live Ossie.

Best Moment: Osman's long-range effort against Premier League holders Manchester City in 2013 was certainly one to remember. It gave Everton the 2-0 win but it was the midfielder's eighth of the season (his personal best), his 50th Everton goal, and it came on his 300th start in all competitions. Record-breaking.