Most players, even defenders who are primarily paid to stop goals rather than score them, find the net every now and again.

But for some, goals are the rarest of things, if they ever happen at all. He netted a handful of times in other competitions, including two in the UEFA Cup during the 1999/00 season alone, but never in the Premier League itself. 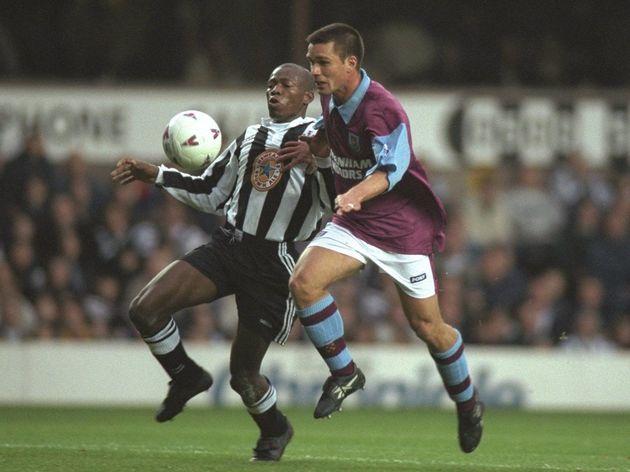 Ex-West Ham defender Steve Potts scored the solitary goal of his career during the 1990/91 campaign and never netted in the Premier League, despite playing 204 times in the competition between the Hammers’ promotion in 1993 and his retirement in 2001. Spoiler alert: Former Liverpool midfielder Lucas Leiva is the only player to feature anywhere on this list who isn’t a defender.

The Brazilian international spent a decade at Anfield after arriving from Gremio in 2007. He did actually then score in the Premier League in his second season in England, but that was followed by a run of 206 games in which he didn’t find the net in a league fixture again. The only two league goals of Danny Simpson’s career were scored in the Championship with Newcastle and the Belgian second tier with Royal Antwerp, never the Premier League.

His Premier League career, which began with Manchester United in 2007, has been interspersed with a few spells in the lower division and elsewhere, but the right-back still played 213 top flight games in England prior to his release from Leicester in 2019. Swiss defender Stephane Henchoz never once scored a Premier League during spells with Blackburn (twice), Liverpool and Wigan, and is probably most remembered for his centre-back partnership with Sami Hyypia during Liverpool’s 2000/01 cup treble season in particular.

The four league goals Henchoz did score in his career came in Switzerland and Germany prior to moving to England in 1997. “It was fantastic to score after seven or eight years. It felt like a shock,” the Norwegian centre-back said at the time. “I have waited for this and it was wonderful that it happened today. There has been a bit of stick about this, but I haven't been bothered. After all, not to score is my job.” Known as a tough man marker, Richard Shaw played 253 Premier League games without scoring for Crystal Palace and Coventry in the 1990s and into the early 2000s.

Shaw was very famously the player who Eric Cantona tangled with to get sent off during an infamous game at Selhurst Park in 1995, moments before the ‘kung fu kick’ happened. Des Walker played his last Premier League game in 2000 when Sheffield Wednesday were relegated, having not found the net in the top flight since before the modern era came into being. That was a run of 264 league games in total.

The ex-England star, who was part of the revered 1990 World Cup squad, scored the only goal of his entire career in a top flight game for Nottingham Forest in 1991/92. Everton cult hero Tony Hibbert ended a 16-year professional career in 2016 without ever having scored an official goal. That was 265 games in the Premier League games alone.

Hibbert did score once in Everton colours, a free-kick to be precise, but it came in his own testimonial game at Goodison Park against AEK Athens in 2012. The reaction was one of hysteria, leading to a pitch invasion there and then. 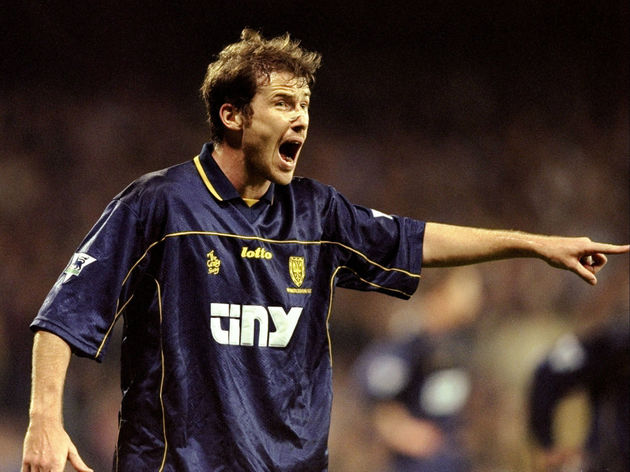 Former Wimbledon and Birmingham defender Kenny Cunningham is the only player in Premier League history with a run of goal-less games that is in excess of 300.

The Republic of Ireland international first made the step into the Premier League when he joined an impressive Wimbledon side from Millwall in 1994, returning in 2002 to join Birmingham.