The Predicted Final 2019/20 Premier League Table - Who Will Finish Where?

Premier League football remains on hold until at least 30 April – and probably quite a bit longer – due to welcome coronavirus preventative measures, but an Opta/Stats Perform simulation has modelled what the rest of the 2019/20 season has in store, if it can even return.

The latest rumoured plans suggest a World Cup-style schedule in June and July to play the 92 outstanding Premier League fixtures. Fixtures would be played in a cluster of closed stadiums, with players and staff from each club observing full quarantine conditions between games.

The Premier League could be set for a "World Cup style" conclusion - all of which would be televised! 📺🧐 https://t.co/ko2O9WJlCC

The statistical model works by estimating the probability of each match outcome (win, lose or draw), based on each team’s attacking and defensive qualities. Those qualities are in turn determined by four years of historic results, with more recent results weighted more.

The model also takes into account the quality of an opponent, while the overall simulation was run 10,000 times to estimate the likelihood of each team finishing in each league position.

The obvious place to start is with Liverpool. There is little surprise that there is a 99.9% chance of the Reds finishing first and lifting a first league title in 30 years. 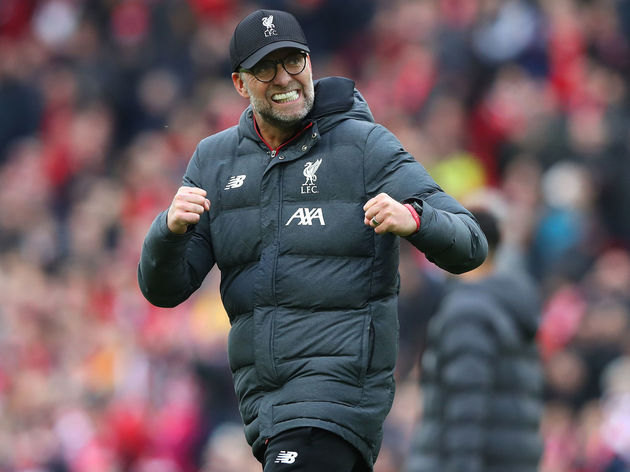 They are also predicted to do so with 101 points, which would be a new English league record, breaking the previous mark of 100 set by Manchester City in 2017/18. With City expected to finish second on 80 points, the 21-point gap would also be a new record margin of victory.

City are almost certain to finish second, with only a 0.7% chance they will drop to third.

However, given the UEFA ban hanging over Manchester City, fifth place should still be enough for any team to qualify for next season’s Champions League. The chance of Ole Gunnar Solskjaer’s team finishing lower than fifth diminish, but there is still a tiny 0.9% possibility they drop all the way to 10th before the campaign is complete.

Things are tight between sixth and ninth, where only minimal differences have determined the most probable order. In the most likely scenario, Tottenham will finish sixth, Wolves in seventh, Arsenal in eighth and Sheffield United in ninth place.

However, Spurs are almost as likely to finish seventh, Wolves have a nearly as strong chance of finishing sixth or eighth, Arsenal could easily finish seventh or ninth, while there is still a 15% chance Sheffield United could be seventh, compared to 22% of their most probable ninth.

In short, the battle for those four places will be ever so close.

Everton are predicted to complete the top half of the table, with Burnley, Crystal Palace and Newcastle following in 11th, 12th and 13th respectively.

The big takeaway at the bottom of the table is that West Ham should keep their head above water and stay up in 15th place, three points above the bottom three. Watford are also expected to stay up, although again the bottom looks as though it is going to be very tight.

Bournemouth are set to finish 18th, but it should be noted that their chances of finishing 17th and in safety are almost as high. Aston Villa are much more probable to get relegated, with a 40% chance they will finish 19th, with Norwich 68% likely to be bottom.