Everything in the world of football

Whenever the season concludes - if it does at all - there needs to be changes made in order to push forward, and p 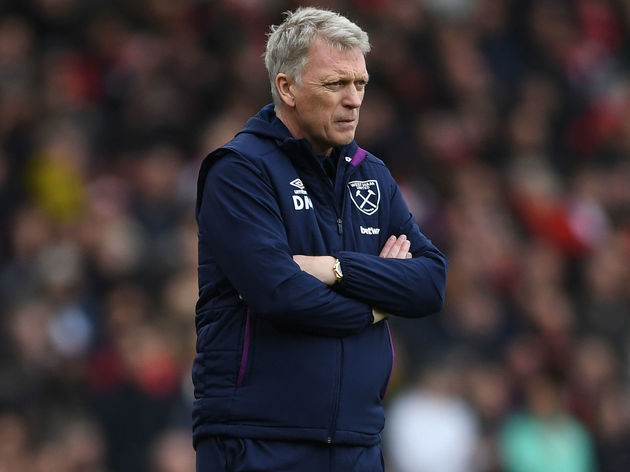 Moyes has already alluded to his desire to promote youth and give more players like Jarrod Bowen a chance to shine on the biggest stage. But where should he be focusing and who could solve his problems?

90min dives in to take a look. It won't come as a surprise to many of you that ​West Ham's defence isn't really cutting the mustard.

On paper, things don't appear to be too bad at full back - Ryan Fredericks, Jeremy Ngakia and Ben Johnson seemingly the future on the right hand side - but there's no doubting that 'not too bad' can be improved upon.

It's down the left hand side that more of a problem seems to lie, despite Aaron Cresswell and Arthur Masuaku's presence in the first team squad.

Cresswell is still a steady performer on the whole, but Masuaku's tendency to go walkies and lose the ball is a concern, despite his obvious attacking prowess. To fund a new signing, somebody may have to leave - but that's not necessarily a bad thing if there's to be a change in culture at the club. This is where things get a little murky - as there isn't an abundance of options out there who you'd necessarily say are an upgrade on what West Ham have got.

Wolves' Ruben Vinagre is a possible, given he doesn't get enough exposure at Molineux, while Norwich's Jamal Lewis has obvious talent.

A look into the Championship suggests Omar Richards of Reading could be worth looking at, but a glance over to Germany seems more promising, particularly when you find Jonas Hector - first choice for his country up until two years ago - festering in 2.Bundesliga with FC Koln, who he's remained fiercely loyal to despite relegation.

But it's Real Betis' Alex Moreno who is being ​tipped for a move - though his £36m valuation does make you shudder. Another area of weakness for West Ham is undoubtedly at centre half.

Issa Diop and Angelo Ogbonna look the part on the whole, but too many mistakes - perhaps because they are under the cosh so much - have cost the team dearly this season, contributing heavily to the Hammers woes.

Fabian Balbuena has endured a season to forget after a promising debut campaign, Gonçalo Cardoso - signed under the Pellegrini/Husillos regime - doesn't appear to be a runner and Winston Reid has scarpered to MLS after his injury nightmare. There's been a great deal of speculation over the future of Ben White, currently on loan at Leeds from Brighton, and he'd certainly fit the 'giving younger players a go' ethos.

Galatasaray defender Christian Luyindama has been rumoured as a transfer target in the Turkish press, while there's also thought to be interest from West Ham in Besiktas' Domagoj Vida - you might remember him from Croatia's run to the World Cup final two years ago.

If it's top ​Championship talent that Moyes is looking for, Brentford's Pontus Jansson, Fulham's Alfie Mawson and Swansea's Ben Wilmot may well come onto the radar.

If it wasn't for the versatility of Michail Antonio, West Ham would be completely up sh*t creek without a paddle.

It's also the presence of Antonio that prevents the right wing from featuring on this list - that, and the promising start of Jarrod Bowen and impending return of Grady Diangana from his loan at West Brom (he's been very good there, FYI) at the end of the season.

Back to striking and take Antonio out of the equation, and you're left with poor Sebastien Haller - who has looked like a rabbit in the £45m headlights for much of the season - and Albian Ajeti, another loose end from the Pellegrini/Husillos regime.

Haller has looked better with Antonio up top with him, but his confidence is still nowhere near where it needs to be, while West Ham would be best suited keeping Bowen on the right, drifting in. Many, many players have been linked with ​West Ham.

Fyodor Chalov, Felipe Caicedo and Michy Batshuayi are three of the more glamorous - in name, anyway - players to have been linked, but Chalov aside, they don't appear to fit in with Moyes' apparent vision.

Brentford striker Ollie Watkins - scoring goals for fun in the Championship - is more in line with what the boss wants, and there's every reason to pursue Fulham striker