​Nowadays, Burnley are stereotyped as the only traditional English side remaining in the top-flight.

They train at a local park, struggle to pay their gas and electricity bill, play nothing but 4-4-2 and consume wood and brick before a game. It's the Burnley way.

Nevertheless, this is a club with a long, rich history, and one that's bred pride in a tight-knit community for more than a century.

It's about time we got to learn a thing or two about Burnley, and why the fellas on the back of the coach in the first Inbetweeners film described the place as 'wonderful'. So, here's our definitive A-Z of the Clarets.

A for Jimmy Adamson

We start by throwing things back - non-TikTok style - to the mid-20th century and Jimmy Adamson, a Claret great.

Forming a formidable partnership with Jimmy McIlroy in the Burnley midfield, Adamson was a key part in the club's golden era - making more than 400 appearances in claret and blue.

Following his retirement in 1964, Adamson would go on to manage the club to mixed success between 1970 and 1976.

B for Tight Budgets

Burnley are one of the few clubs in the top two tiers which are British-owned, with every director at the club locally born, a Claret fan and receiving no wages.

They are, however, also known for being one of the least well-off clubs in the top flight, with current manager Sean Dyche often required to do astute business in the transfer market rather than spend big.

The fee paid for their record signing Ben Gibson (£15m) is the second-lowest paid among Premier League clubs, while the most they've ever spent across a season on arrivals is £41m. 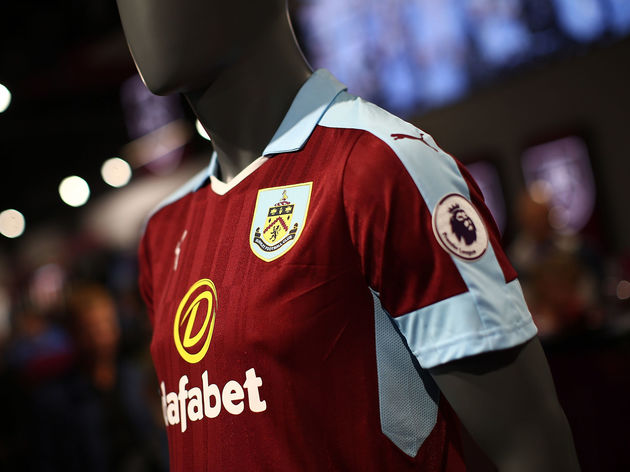 Pretty simple really, the club's nickname due to the dominant colour of the home strip.

Burnley's original shirt for the inaugural Football League in 1888/89, however, was a naughty blue and white striped number before they made the switch to claret and blue in 1910 in a homage to then league champions Aston Villa. At the helm since 2012, Dyche has done a near-miraculous job in the north west, guiding Burnley to two promotions from the top-flight as well as a seventh-placed finish in the 2017/18 Premier League season.

His rigid defence and no-nonsense 4-4-2 can be a mightily difficult proposition for any opponent on their day, and under Dyche's tutelage, Burnley are enjoying yet another impressive campaign this time around - sitting tenth in the table despite the limited amount of resources on offer.

While a fantastic coach, Dyche is also 'blessed' with the most iconic voice in management. Ironically, Dyche's 'Brexit football' didn't quite catch on in Europe as the Clarets were eliminated in the Europa League play-off round to Olympiacos following victories over Istanbul Basaksehir and Aberdeen.

That failed campaign was their third in European competition, with their most successful coming in the 1960/61 European Cup where they were eliminated by Hamburg in the quarter-finals. Potentially the finest centre-forward in Burnley's history, George Beel enjoyed a stellar nine-year career at Turf Moor between 1923 and 1932. Harry Potts spearheaded the progressive era at Burnley during his lengthy 12-year reign as Clarets boss.

His 4-4-2 was unfashionable at the time, while he was the first to bring 'Total Football' to English football. During his first stint in charge, Potts oversaw 605 games, 272 wins and a First Division crown in 1960.

Burnley's revolutionary, who now gives his name to the road which Turf Moor occupies.

I for Ian Wright Wrighty was certainly past even the twilight of his career when he joined Stan Ternent's Burnley in 2000.

While he only made 15 appearances - scoring four times - his effect on the Burnley squad was profound, helping the Clarets gain promotion to Division One before hanging up his boots.

Regarded by many as the finest to don the claret and blue shirt, Jimmy McIlroy MBE - or simply Jimmy Mac - received the freedom of the Burnley in 2008 following his iconic stint at the club in the 1950s and early 60s.

Signed for just £8,000 from Irish outfit Glentoran in 1950, McIlroy went on to make 497 appearances for the club (third-most ever), scoring on 131 occasions.

In the late 1990s, Turf Moor's rebuilt eastern stand was named after the great McIlroy. The Bury-born Trippier was offered his big break at Burnley after enjoying a successful loan spell at the Clarets in the 2011/12 season.

The right-back went on to make more than 140 league appearances in claret and blue before reaching new heights at Tottenham and now Atlético.

'Taffy' as he was known to most Burnley fans played a pivotal role in the club's re-establishment into the First Division in the 1970s.

The Welsh winger played over 280 games for the Clarets over two spells and scored nearly 60 top-flight goals in the process. In a rivalry that dates back to 1898, Burnley have come out on top in 42 of the 102 meetings between the pair. 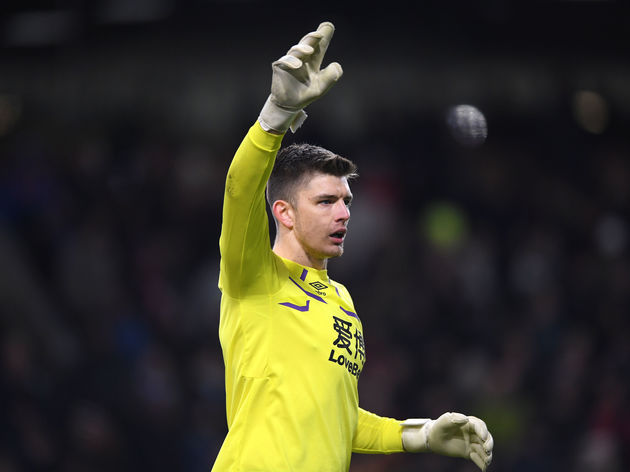 About time we got some current-day stars involved eh.

Following a meteoric rise from the Isthmian League, Pope signed for a newly-promoted Burnley side in 2016, initially serving as Tom Heaton's understudy.

He impressed in the absence of Heaton in 2017/18 before becoming the Clarets' outright number one after Heaton's departure last summer. Pope now looks set to contend for the England number one job for the foreseeable future. 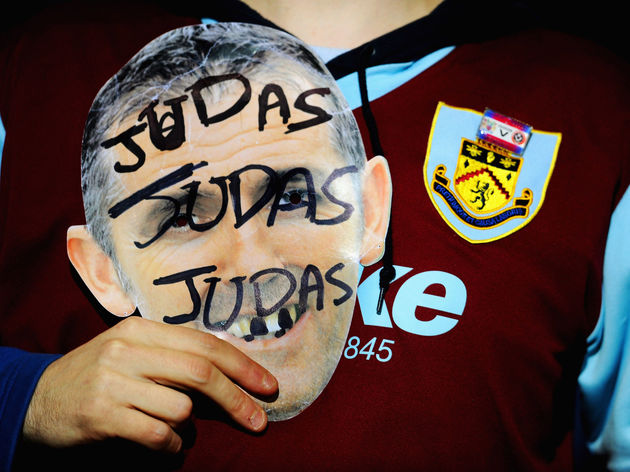 Appointed from St. Johnstone in 2007, Coyle oversaw Burnley's first rise to the Premier League in 33 years in 2009.

Things quickly turned sour for the Scot, however, as he abruptly departed for Bolton in January 2010 - earning himself the 'Judas' tag from the Burnley faithful.

His stint there was a forgettable one, though, as the Trotters were relegated in 2012, with Coyle sacked just a few months later. The most gifted English footballer of his generation just couldn't resist the idea of donning the iconic claret shirt - which he did for albeit two months, making just six league appearances. It wasn't all shrewd transfer market work before the ginger-bearded assassin arrived at Turf Moor in 2012, with some absolute stinkers arriving in the 2000s. 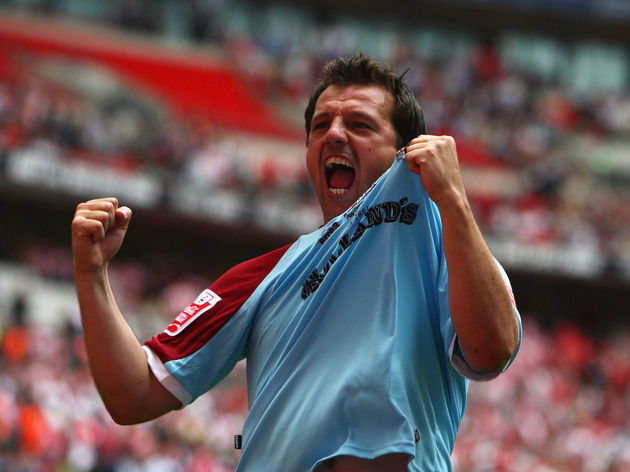 A modern-day legend who made more than 240 league appearances for the club across two separate three-year spells, Blake was also the scorer of their first Premier League goal at Turf Moor.

Blake thundered home a first-half volley to lift his side to a 1-0 win over Manchester United - Burnley's first win at Turf Moor over the then-reigning Premier League champions since September 1968.

No, not the Margot Robbie DC film. This was the original 'Suicide Squad'.

With Burnley's demise coinciding with the rise of hooliganism in the 1980s, a hooligan firm linked to the Clarets was swiftly established.

A group notorious for clashing with other firms and fans across the country, they featured on Danny Dyer's 'The Real Football Factories' before disbanding in 2009.

They were, of course, the 'Suicide Squad'. 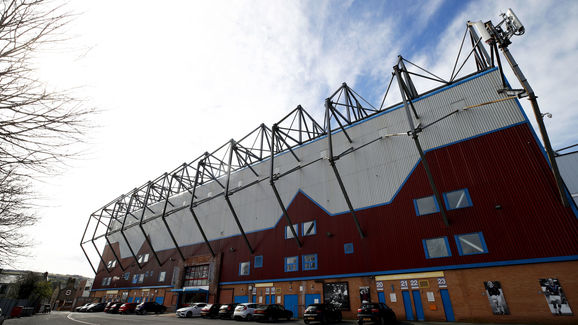 The retro ground has been in action since 1883, making it the longest continuously used ground of any of the 49 teams which have played in the Premier League and the second oldest continually used site for professional league football in the world, behind Preston's Deepdale.

A bastard of a place to go and play as well.

UCFB Burnley is a higher education institute operated by Burnley FC in the Community.

Based in the aforementioned Jimmy McIlroy stand, Turf Moor joined Wembley and the Etihad as the university's UK-based campuses. A fan-favourite despite persistent struggles to find his way into Dyche's starting XI during his seven-year spell at Turf Moor, Vokes was known for scoring several crucial goals.

The Welshman scored a late equaliser in his maiden East Lancashire Derby, bagged his first Premier League goal against Liverpool, netted a brace and Stamford Bridge and scored his side's first European goal in over half a century against Aberdeen. 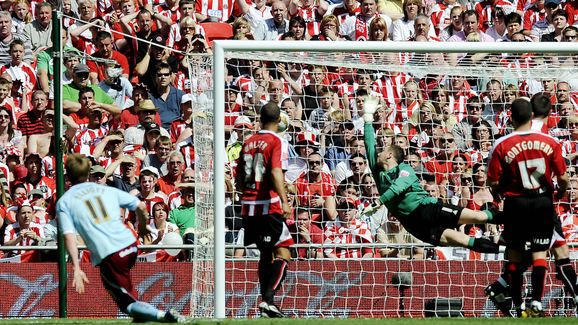 The man who scored the Clarets' most significant goal in their recent history, Wade Elliot was a two-time fans' Player of the Year before his strike in the Championship play-off final against Sheffield United sent him into Burnley folklore. 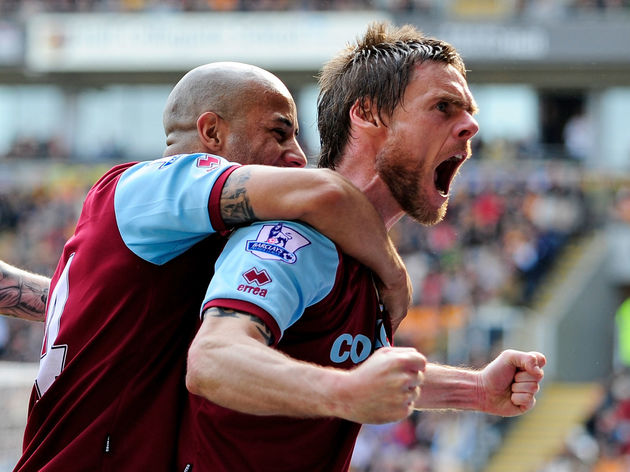 A reliable right-back who spent four years of his long playing career at Burnley, Alexander skippered the side during their Premier League bow in 2009/10.

A specialist form 12 yards, Alexander became the fourth-oldest scorer in Premier League history when he scored from the spot against Sunderland in September 2009.

While a Lancashire-based club, a number of its supporters reside in the most western region of West Yorkshire.

And overall, Burnley are one of the best-supported clubs in English football per head of population, with average attendances of 20,000 in the Premier League in a town of approximately 73,000 inhabitants. 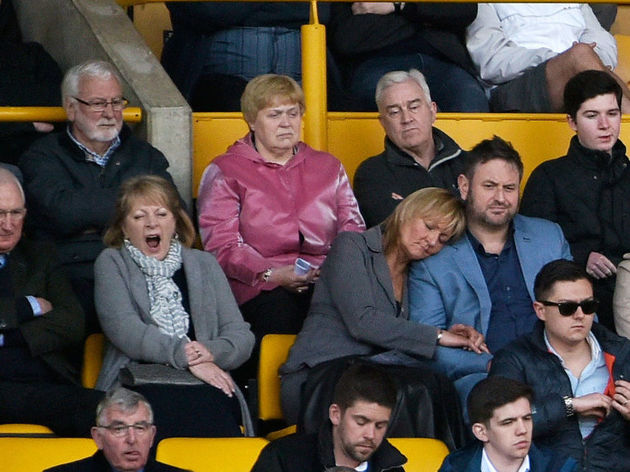 Don't worry fellas, I know it was a rather long read, but we've reached the climax.

We hope you enjoyed learning a little bit more about the mighty Clarets.