It was as though that lowest of the low needed to happen before a fresh chapter could begin.

Even just a couple of months on from that, manager Ole Gunnar Solskjaer already looks like he has the beginnings of a squad that with the right recruitment and additions, will be capable of once more challenging for major silverware in the next couple of years.

These are five key positions United need to strengthen ahead of next season, complete with expected and/or possible targets for each… The right flank has been a problem for United for some time – probably even before Antonio Valencia was repurposed as a full-back around five years ago.

Of the current squad, Juan Mata, Jesse Lingard and Andreas Pereira have all been tried there in recent seasons, but none have the requisite skills to thrive in such a role.

Having played way more than expected in his debut season, winger Daniel James lacks the natural ability to be a starter and should be considered more of an impact player looking ahead. Jadon Sancho is the most obvious candidate for the role. 90min first revealed back in September that United are ‘confident’ of signing the rising England star and that the club will pay what it takes, while 90min also revealed just last week that they now think they have done enough.

That has only been strengthened now that Borussia Dortmund chief executive Hans-Joachim Watzke has admitted the Bundesliga side will not stop him leaving.

Arsenal forward Bukayo Saka has been linked. The 18-year-old is left-sided, but modern wingers and wide players are nothing if not versatile and he has also played on the right this season. Burnley’s Dwight McNeil, who was released by United at 14, is another young and versatile winger.

Alternatively, Adama Traore or Allan Saint-Maximin could fit the bill.

For a look in greater detail, see: 5 Wingers the Red Devils Could Realistically Target Even though Bruno Fernandes has been a revelation since arriving in January, United still need even more midfield creativity if they are to genuinely compete within the next couple of years.

A lot will depend on whether Paul Pogba stays, which looks increasingly likely with a lack of buyers possessing the necessary funds to sign him, and how Solskjaer plans to use him. Jack Grealish has proven himself a fine Premier League calibre player this season, even scoring for Aston Villa at Old Trafford, and could be the best affordable and attainable option.

James Maddison would cost a lot more but is another player United have been linked with, while Kai Havertz is in a similar price range if the hierarchy wishes to look further afield.

Todd Cantwell would be more of a development target. The Norwich 22-year-old has primarily played from the left this season, but ‘number 10’ may be his long-term future.

Ajax talent Donny van de Beek is one player who has been repeatedly linked.

For a look in greater detail, see: 5 Number 10s the Red Devils Could Realistically Target Nemanja Matic has the look of a new player all of a sudden, but the veteran Serb will be 32 before next season kicks off and won’t last forever. Fred is also now finding form after understandably taking time to settle, while Scott McTominay remains an asset.

A lot in central midfield also hinges on the Pogba question – he is increasingly likely to stay. Bellingham, despite his age, could even go straight into the first-team squad. He is a long-term option and that may provide the perfect blend and balance without anyone in the existing central midfield group feeling marginalised by a new arrival.

If United were to go down the more established route, which would only likely happen if Pogba were to leave, there is fresh gossip about Atletico Madrid star Saul Niguez. A sneakier option might be N’Golo Kante, whose Chelsea future has been the subject of speculation this season.

At Wolves, Ruben Neves has only just turned 23 and would be one for the long-term, or 22-year-old Youri Tielemans after an impressive 18 months at Leicester.

For a look in greater detail, see: 5 Midfielders the Red Devils Could Realistically Target Chances are Odion Ighalo will sign on a permanent deal in the summer anyway, but United will still need another new ‘number nine’ forward in addition.

Let’s not forget that Marcus Rashford, when fit, won’t really come into this discussion as left forward is quite clearly his best and most preferred position. It means aside from Ighalo, who can only really be expected to fill an auxiliary role in cups and Europe à la Michael Owen c.2009, United only have Anthony Martial and 18-year-old Mason Greenwood as options up front. 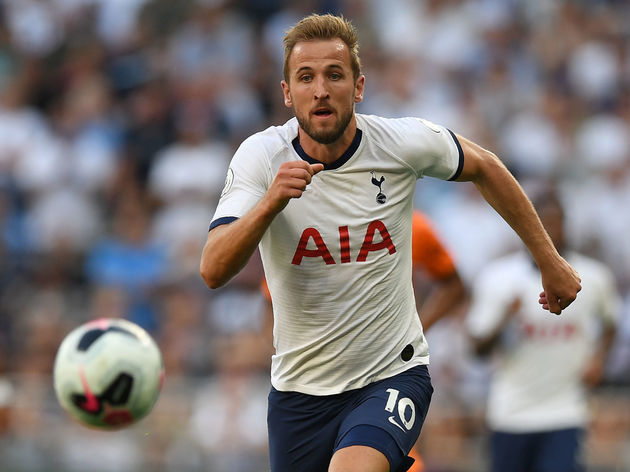 Erling Haaland ordinarily wouldn’t be a goer so soon after joining Borussia Dortmund, although his reported release clause and other rumoured interest in him could see United act sooner than expected if other clubs like Real Madrid start to mobilise.

Harry Kane, who has refused to rule out leaving Spurs if the club isn’t making progress, would be the ultimate dream. But he will come with an enormous price tag.

United have also been linked with Lautaro Martinez, whose Inter release clause is £94m. However, if he moves anywhere ahead of next season it is thought more likely to be Barcelona.

Alternatively, Paris Saint-Germain veteran Edinson Cavani will soon be a free agent as a short-term option like Ighalo and is a proven goalscorer if chances are created for him – Martial, Rashford and Greenwood could certainly learn a thing or two from the Uruguayan.

For a look in greater detail, see: 5 Strikers the Red Devils Could Realistically Target While the resurgence of Luke Shaw and the emergence of Brandon Williams has solidified the left-back position in recent months, United still need reinforcements on the other side.

Diogo Dalot’s patchy fitness record and the departures of Ashley Young and Antonio Valencia, has left Williams as the primary understudy to Aaron Wan-Bissaka. That means even just one injury to Williams, Shaw or Wan-Bissaka will leave United too light. Wan-Bissaka is the long-term future at right-back, so United would need to look for a reliable squad option rather than an established starter. That could be Max Aarons of Norwich, a player United have been linked with before and who offers a different skillset.

The more established Thomas Meunier is nearing the end of his PSG contract.

For a look in greater detail, see: 5 Right-Backs the Red Devils Could Realistically Target