On This Day in Football History - March 30: Gary Neville Gets the Sack, Derby Day Drama & More

​Remember when football was happening? Yeah, me too.

At the moment, all we can do is look back on times gone by in football history, reminiscing about the days in which the beautiful game was still actually taking place at the end of March.

So let's do exactly that, and take a look back at what was going on in football on 30 March in past years. 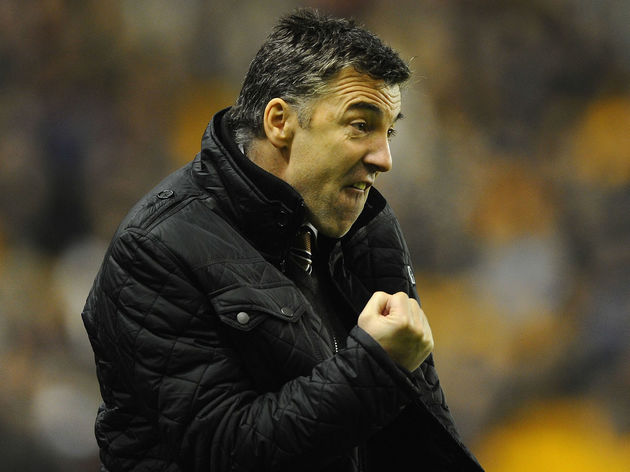 ​It must be a strange feeling to be outwitted by Dean Saunders who, let's face it, isn't the smartest tool in the box. But back in 1998, Paul Musselwhite found out how that feels the hard way.

After Musselwhite had rushed off his line and knocked the ball out of play for a throw-in, Saunders proceeded to quickly throw the ball off the goalkeeper's back, before scoring from an incredibly tight angle.

We can't show you, unfortunately, but you can watch it ​here - Genius from the Welshman.

"It just had to be him!" 朗#OnThisDay in 2008, @Torres netted our winner against @Everton...  pic.twitter.com/YPcY63d5ta

​Liverpool normally humiliate local Merseyside rivals ​Everton at Anfield, but this one was a close call.

An early Fernando Torres strike was the first and only goal of the game as the Reds once again claimed the bragging rights in the derby.

To believe that the scoreline was just 2-0 after 71 minutes makes you wonder what on earth happened here.

Following three goals in eight minutes, Stuttgart went 3-2 up with just ten minutes remaining, before ​Dortmund roared back with two goals of their own to take a 4-3 lead.

A 92nd-minute equaliser from Christian Gentner grabbed the visitors a point, stunning Jurgen Klopp and his team in the process.

While the Old Firm derby may hog most of the headlines north of the border, the Edinburgh derby still has plenty to offer.

On this day in 2014, Hearts stole the show, beating local rivals Hibernian 2-0, however the result moved the hosts on to just nine points after 31 Scottish Premiership games of the season.

Liverpool thought they were on their way to a first ​Premier League title on this day in 2014, beating Tim Sherwood's ​Spurs 4-0 at Anfield to move back to the top of the league table.

A second-minute Younes Kaboul own goal set the tone, before Luis Suarez, Philippe Coutinho and Jordan Henderson added some gloss to the scoreline. Remember when Gary Neville became the manager of one of Spain's biggest clubs with next to no managerial experience, or the ability to speak fluent Spanish.

That was funny, wasn't it?

Well, on this day four years ago, the former Manchester United icon was sacked after just five months in charge, losing 11 of his 28 games - including a 7-0 drubbing against ​Barcelona - and returning to his bubble of anger at the Sky Sports studios.

More than anything, we've popped this here to remind you that Paris Saint-Germain failed to win every single trophy in France in 2019.

Instead, Strasbourg beat Guingamp in the Coupe de la Ligue final on penalties following a tame 0-0 draw in regulation time.