Belarusian Premier League: 6 Things to Know About the Only European League Still Playing

​Perhaps due to the country's low population density, perhaps due to the fact their ruling powers are a bit nuts, the Belarusian Premier League is still going strong in the middle of the coronavirus pandemic.

Not only is it maintaining normality, in fact; it's absolutely thriving. While other countries are facing the threat of no gate income and voided broadcasting contracts, clubs in Belarus are selling out stadiums left and right, while the league is being handed unprecedented TV deals in as many as ten countries (though not the UK yet).

So, what's all the fuss about? We've got you covered.

Watch the President of Belarus explain why the #Covid_19 Coronavirus isn't a threat and why he's still letting crowds go to sporting events.
Then go lie down. pic.twitter.com/DrNHOzi7f6

Yep, absolutely. At the time of writing, there are only around 100 recorded cases in the Eastern European country, which has a population of 9.5m (a seventh of the UK) despite being broadly average-sized (roughly the same size as England).

The country is yet to go into a state of shutdown, and while leagues around Europe have closed their doors to prevent the coronavirus spreading further, the Belarusian Premier League are checking the odd temperature at the gate and giving the staff gloves.

'Drink Vodka and Go to Saunas'

Mnangagwa’s new mate the Belarus President Alexander Lukashenko has dismissed COVID-19 as a “psychosis” and has refused to follow global trend of lockdowns. Full football league is going on. They have 100 positive cases, no deaths. Urged his people to work hard & drink more vodka pic.twitter.com/b0mA8WwGUf 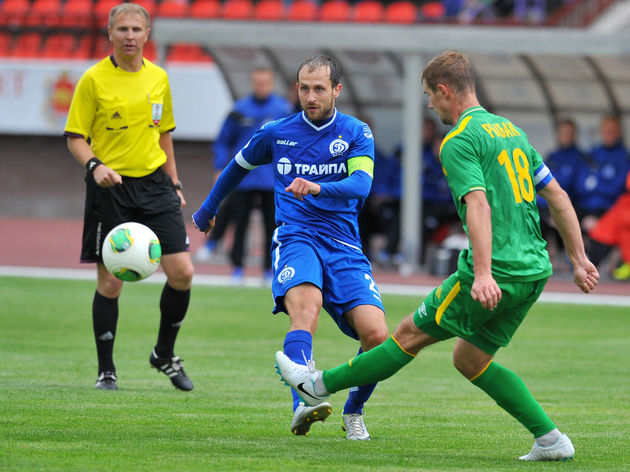 That's despite winning 13 league titles on the trot until last season. Looks like the wheels are coming off.

Who's Going to Win the League?

For a while, it seemed like it could only ever be Borisov, but there is a new king in town these days.

Dynamo Brest won the league for the first time in their history last season and are the marginal favourites to do so again - though Borisov are a very close second.

Beyond that, Shakhter Soligorsk are in with a shout, before we start to get into the silly suggestions. Dynamo Minsk are touted as 4th favourite - but at 18/1 they are very much an outside bet .

The Minsk Derby Is a Pretty Big Deal

FC Minsk defended in a deep 5-4-1 block throughout the first half. They've been very vertically compact which has made it difficult for Dinamo Minsk to play through the lines. They've done well to limit Dinamo to long shots and unsuccessful crosses pic.twitter.com/7sbFkB6lRv

Think the Merseyside Derby, seasoned with a bit of the Old Firm and a flavouring of El Clasico thrown in.

And then forget all that, because the Minsk derby is nothing like it. In its own right, however, FC Minsk vs Dynamo Minsk is a pretty big deal.

FC were only established in 2006 and have been playing in the top flight consistently since 2010. City rivals Dynamo - one of Belarus' most successful teams having won the top flight seven times, most recently in 2004 - don't like them very much.

The two fought out a fiery 3-2 classic in front of a sold-out stadium (3,000 capacity, granted) at the weekend, with FC emerging victorious and putting themselves on top of the league at this early stage.

Any Familiar Faces Playing Out in Belarus? 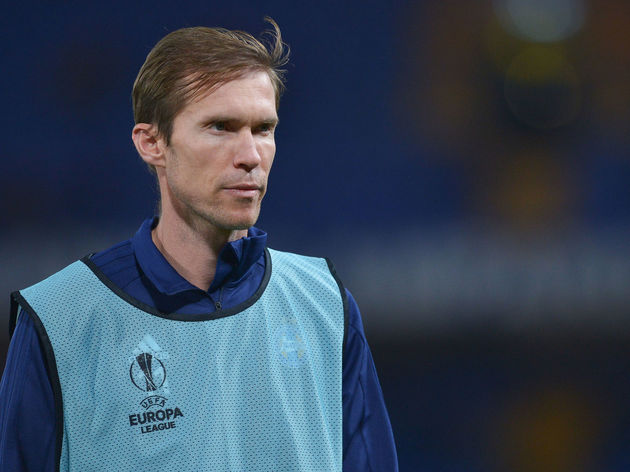 Not really, to be quite honest.

The country's most famous export Aleksandr Hleb, once of Arsenal and Barcelona, hung up his boots last year at the age of 38, after spells with BATE Borisov and Isloch Minsk.

Other than him, the country's inward-facing league doesn't really have any recognised stars internationally and precious few foreigners.

For the real football perverts among you, however: BATE Borisv left back Bojan Nastic is a Bosnia international, while well-travelled former Ukraine star Artem Milevskiy now plays for Dinamo Brest. Another Ukrainian (the best-represented foreign nationality in the league) is the giant centre back Yevhen Khacheridi, who was a stalwart for Dynamo Kiev and also spent time with PAOK.

Scottish football fans may (or may not) remember Darko Bodul from a one-year stint with Dundee United in the 2015/16 season. The former Croatia Under-21, who also spent time with Ajax and Sturm Graz, is now at Shakhtyor Soligorsk.