As a result of the coronavirus pandemic, professional football in England will not resume any sooner than 30 April, while the country as a whole is on lockdown for non-essential travel until at least 13 April.

The postponement of football has already been extended once and it is likely both dates could still be pushed again.

Despite warnings over the weekend from England’s deputy chief medical officer that it could be six months before daily life returns to something that might be considered ‘normal’, the general lockdown measures could eventually be relaxed by summer if the crisis gets under control.

It is The Independent that writes of the Premier League’s plans to stage games in ‘isolated camps’ in London and the midlands in June and July. With a handful of games potentially every few days to squeeze it all in, it could easily start to resemble a summer tournament.

A cluster-based way of finishing the season was first rumoured at the start of this month.

Games would still likely be played behind closed doors to avoid the kind of mass gatherings that pose a spread risk, but The Independent explains that ‘football authorities’ have been discussing the idea over the weekend and that ‘isolated camps’ is an idea that is gaining traction.

All games would be shown on TV and that is said to have government backing because the return of professional sport would be a welcome distraction to the public. 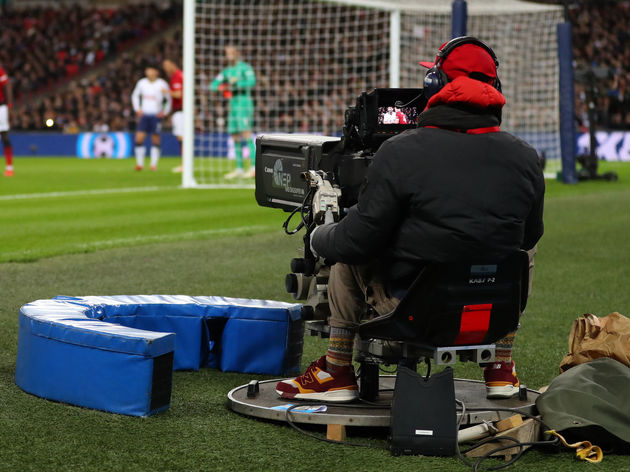 The newspaper notes that players would be confined to hotels for the duration, while having access to testing facilities and observing full quarantine conditions.

The Daily Mirror separately describes it as a ‘strict quarantine lockdown’, with stadiums, hotels and training facilities to undergo a ‘deep clean’ to keep players safe from infection – even one player or staff member contracting the virus could derail the whole plan.

The hope is that the season could be finished by 12 July, although the Mirror adds that players have concerns about playing behind closed doors because of the ongoing risk of infection. They may, however, feel differently in June if the worst has passed and the situation is improving.

Money appears to still be at least partial motivation, with clubs each potentially having to pay back tens of millions in broadcast revenue if the season goes unfinished.

According to The Times, UEFA is drawing up plans for the 2019/20 season across Europe to be finished in August, as well as holding shorter competitions in 2020/21 to minimise the impact. It is said to be just one plan that UEFA’s emergency working group is working on.