​Real Madrid forward Karim Benzema has told fans that he cannot be compared to Olivier Giroud as the Chelsea striker isn't even close to his level. Yikes.

The two strikers have been pitted as rivals ever since Benzema was first dropped from the France national team in 2015, with Giroud taking his place despite an inferior goalscoring record. 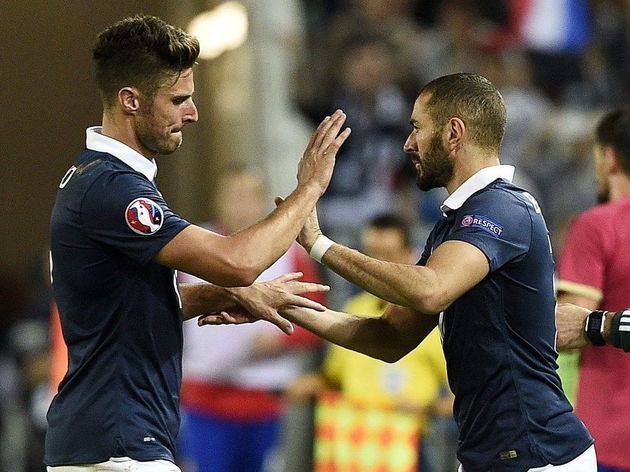 ​Benzema sits on 19 goals in all competitions this year, whereas ​Giroud has managed just three and only recently cemented a place in his side's starting lineup. However, it's the latter who dominates the national team, with manager Didier Deschamps a fan of Giroud's link-up play with the rest of the squad.

Speaking to the Brazilian Ronaldo on Instagram Live (via ​AS), Benzema laughed off comparisons between the two players, insisting he wins the battle and it's not even close.

“We cannot confuse and we must not confuse a Formula 1 car with a go-kart," he said. "I am kind to him, but I am Formula 1.

"It works for France because he has great players like [Antoine] Griezmann and [Kylian] ​Mbappé around him. He does his job. I do not know if everyone likes his game."

Benzema's agent, Karim Djaziri, took to ​Twitter to defend the striker's comments, claiming that all those who were offended are the same people who worship Zlatan I While this all sounds like a player throwing his toys out the pram, it's hard to act like Benzema doesn't have a point here.

The 32-year-old has been in the form of his life with ​Real in the last two seasons, starting nearly every game and racking up 49 goals and 20 assists. As for Giroud, he has been glued to the bench at Stamford Bridge ever since he joined ​Chelsea,

Benzema was first discarded in 2015 after he was accused of blackmailing France teammate Mathieu Valbuena over a sex tape, and he has since been locked in a fierce war of words with both Deschamps and French FA president