​Jadon Sancho is hot property in the world of football, and where the English sensation goes next looks set to be a topic for debate for months to come. It's no surprise either, as he

His performances have reached astronomical levels, as the 20-year-old forward draws the attentions of major sides across Europe, firmly cementing his place as one of the most exciting prospects in the game.

Prior to the ​Bundesliga being postponed, Sancho was having the finest season of his career to date, netting 14 goals and registering a further 15 assists in just 24 league outings.

A return to the ​Premier League has been mooted since as far back as last season, as a host of sides eye his much-prized signature. ​90min revealed in September that ​Manchester United were the side most confident of seeing that come to fruition, and the latest comments by Dortmund's CEO,

"Even before the coronavirus outbreak, we said that we prefer that Jadon stays with us," Watzke told ​Bild.

"At the end of the day, however, you always have to respect what the player wants."

While not outright admitting defeat in keeping hold of their star man, the acceptance of knowing they may be powerless to prevent him leaving the club suggests a softened stance. However, the club will demand a significant fee for Sancho - believed to be around £115m - and Watzke insisted ​Dortmund will not budge on their valuation of the Englishman.

He added: "I'll say clearly say that even the very rich clubs shouldn't believe that they can come here to snap up bargains. We don't have to sell anyone for less than they're worth." 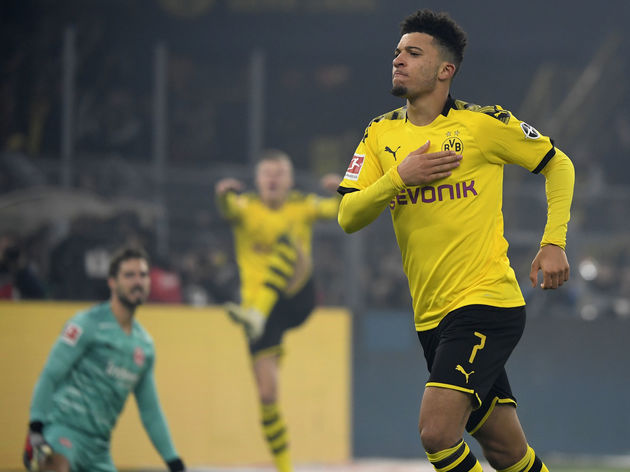