The Ghanaian midfielder has been a consistent fixture in Diego Simeone’s side this season, impressing both domestically and in Europe in his fifth year at Madrid.

Partey’s performances have led to rumoured interest from Premier League clubs Manchester United and Arsenal, who would currently be able to secure the 26-year-old’s services for €50m.

Thomas Partey per 90 stats in the Champions League this season:

One of the most complete midfielders in the competition this season.  pic.twitter.com/pHGHq4O9X9

Though both parties were shelving contract negotiations to focus on the season, with football currently suspended Atlético are hoping that Partey will say yes to a new contract which would value his release clause at around €100m, according to ​AS​.

Atlético are clearly looking to protect one of their prized assets from the economic muscle of English football, with a reported two-year extension set to bump up Partey’s earnings to around €4.5m a year.

With United and Arsenal’s respective acquisitions of Harry Maguire and Nicolas Pépé among the biggest deals of last summer, €50m would have been seen as an attractive price tag for clubs with their resources, and this renewal will give Atlético a more flexible negotiating position.

Such is their faith in the midfield anchorman that Los Colchoneros are moving undeterred by the uncertainty created through the spread of coronavirus, with many speculating that the beginning of the transfer window could be delayed amid unprecedented financial losses for Europe’s heavyweights.

While Partey would finally have a release clause which reflects his growing reputation in European football if he chooses to renew, Atlético’s decision may also have been taken with a view to steeling themselves for other possible departures. 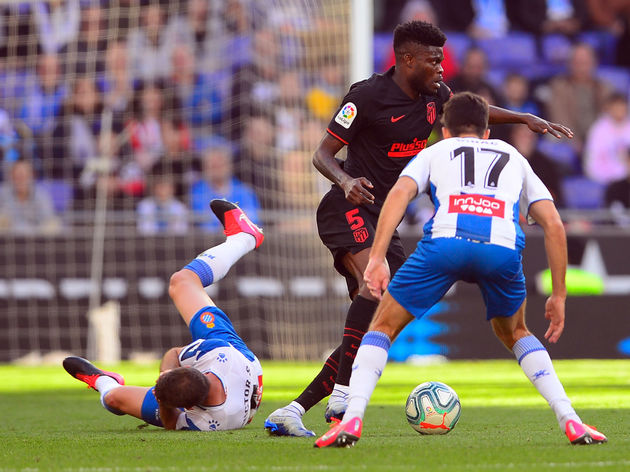 Saúl Ñíguez has been extensively linked to United and rivals Manchester City, while talismanic goalkeeper Jan Oblak is rumoured to be on Chelsea’s shopping list.