The Biggest 'What If?' Moments of Arsenal's Recent History

There's no denying that since Arsenal left Highbury in May 2006, the club have endured a frustrating period in their history. Arsène Wenger did what he could until the tide turned against him. Unai Emery gave it a shot, and there's no need for anyone to revisit that just now.

But, as they say, every cloud has a silver lining. After an ever-lasting period of sustained stagnation that had indeed transitioned into a disappointing decline, Mikel Arteta's appointment as manager may yet prove to be the literal light at the end of the tunnel.

And, that tunnel has been dark at times. As with any club, ​Arsenal have endured some painful experiences down the years. Some hurt because they exposed just how far the club had fallen below its previous echelons.

There were other moments, however, that hurt all the more because of how close the team were to achieving considerable, and perhaps deserved, success. might

But, as you allow your mind to wonder, with it inevitably comes the stark reality of Arsenal's failure. And make no mistake, in these particular examples, the margins were finer than fine. And, when the balance of luck swung, it swung unfavourably. Arsène Wenger said it was the biggest regret of his managerial career. Thierry Henry's sentiments echoed something similar. And, oh how close Arsenal were to lifting the ​Champions League in 2006.

If only Jens Lehmann hadn't been sent off in the 18th minute after fouling Samuel Eto'o.

If only Henry managed to convert one of the several presentable opportunities that came his way. And then maybe, just maybe, Barça would't have scored twice (of which one was offside! VAR!) and snatched the silverware out of Arsenal's hands. In terms of challenging for the title, the 2007/08 campaign was the closest the Gunners have come in recent times. The side were undefeated in their opening 28 fixtures across all competitions, which set a new club record.

And, having been top of the league for two-thirds of the campaign, it all came crashing to a halt after Eduardo suffered a horrific leg-break during a 2-2 draw to Birmingham in February.

The team were unable to recover from such a cruel psychological blow, and failed to win six of the subsequent seven fixtures. Prior to the injury, they had won eight of their previous ten, with Eduardo himself establishing himself as a key player.

It wouldn't be unreasonable to suggest that Arsenal might have ended up champions of England that year if Eduardo hadn't have got injured in the way that he did. Cruel, cruel stuff. 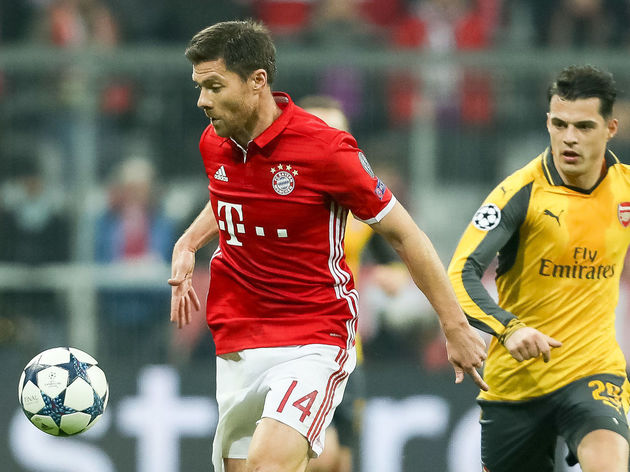 In a revealing ​interview, Fabregas ​Liverpool

As we all know, Alonso did not get his wish, and instead became a ​Real Madrid player, where he spent five years before joining ​Bayern Munich. To put it mildly, he didn't do badly at either club.

Safe to say then, Arsenal may regret their decision not to have made that 'final push' for the World Cup winner, who Fabregas declared "was dying to come".

What a shame. If Alonso signs, then Fabregas stays for several more seasons. And, with those two in the centre of our midfield, who knows what we could have achieved. The mind boggles... This is certainly a case of 'what if'. As we all remember, Arsenal had beaten Barcelona 2-1 in the first leg of their Champions League Round of 16 tie.

In the return leg, Van Persie levelled the scoring to 1-1 on the night, and it looked as though Wenger's side had a real chance of progression to the quarter-finals.

Unfortunately for Gooners, that hope didn't last long. Van Persie was sent off after receiving a second yellow card. Why? Because he hadn't heard the referee's whistle in time to stop shooting amid the roars of 100,000 fans.

An unforgivable decision that ultimately cost Arsenal any chance of progressing further in the competition. After Fabregas left Arsenal for Barcelona in 2011, there were rumours a clause was placed in his contract that would give the North London club first dibs on the Spanish magician - should he ever decide to leave Catalonia.

Well, that's what happened did the summer of 2014. And the man himself confirmed that Arsenal had first refusal to re-secure his services, and that he was under the impression he was returning to the Emirates.

But, after Arsenal failed to clarify their interest, well, we all know what happened next. Cesc joined ​Chelsea, won two ​Premier League titles, and that was that. Some things don't need elaborating.