Vardy has scored more goals in the Premier League than anyone else this season, netting 19 times before the season was halted due to the

Le Quotiduen Du Foot claims that Diallo is the man in the Foxes' crosshairs, after an impressive campaign in Ligue 1.

The 24-year-old has scored 12 of Metz's 27 goals in Ligue 1 this season, almost single handedly keeping the French side out of relegation trouble. His impressive numbers are a continuation of his form from last season, when he fired 26 goals to help fire the club to promotion.

Previously, Senegal international Diallo spent a season-and-a-half on loan at Brest, but it's his form over the last 18 months that has shown he has serious potential.

Diallo, who has four international caps to his name, is also being monitored by three other clubs - Chelsea and Crystal Palace of the Premier League, and Championship leaders Leeds United, who are said to have an expressed an interest. 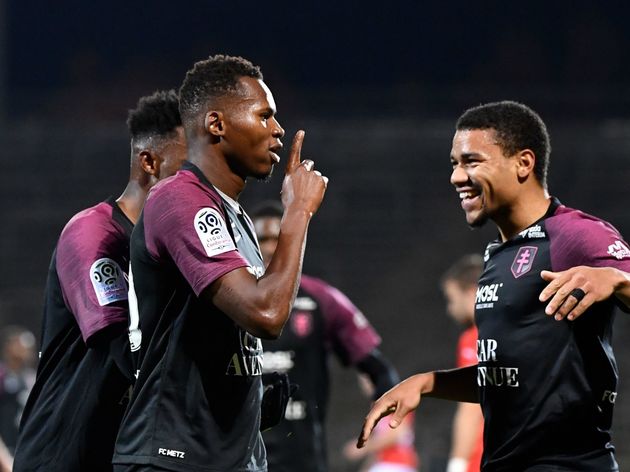 While he may be one for the future, there's no disputing that Leicester remain a much stronger side with Vardy in the team.

Defeat to lowly Norwich before football's enforced break showed how toothless the Foxes can be up front when he's not there, despite some promising performances from Ayoze Perez and Kelechi Iheanacho over the course of the season.

The pair have scored just ten goals in a combined 37 games - showing that Vardy still has a significant role to play.