Wolves striker Raul Jimenez says he is happy at the club and has no immediate plan to leave, with top sides throughout Europe thought to be monitoring the Mexico international.

Jimenez has scored 22 goals in all competitions this term as the Wanderers continue to impress at home and in the Europa League. The striker has courted interest from across the continent in recent months, but recently took to social media to declare his own intentions moving forward.

In a video currently on his Facebook page, Jimenez spoke to fans to reassure them that despite interest from Tottenham, Manchester United and even Real Madrid, he sees his future at Molineux.

He said: "I have a contract until 2023. It's not that we have to qualify for the Champions League in order to stay. I'm good [here], happy with Wolves, doing important things - me as well as the whole team.

"We've been trying our best since the start of last season. We've qualified for the Europa League, now we're fighting for a Champions League spot.

"And it's the big motivation to keep growing as a player and getting into the Champions League is always a plus that satisfies you and keeps you thinking about big things."

Jimenez has been vital to Nuno Espirito Santo’s exciting Wolves side that have been a surprise package in the race for Champions League qualification, showing quality and putting himself among the best Mexicans to ever play in the Premier League. 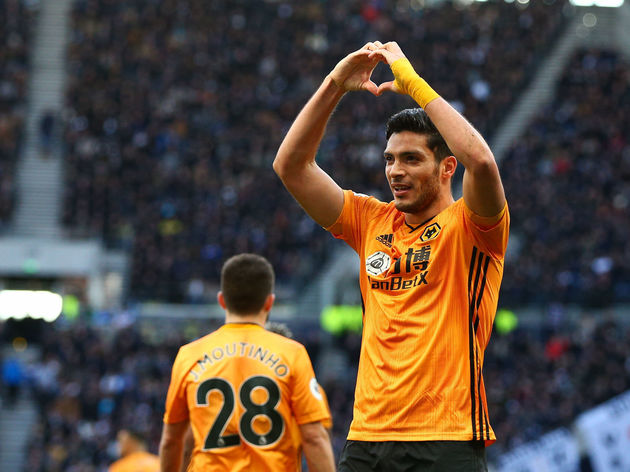 Santo seemed less confident when he was asked in January whether his marksman would stay. Speaking after his side's draw with Manchester United in the FA Cup third round, he said as quoted by Football London: “It’s the first-time I heard it. Ole [Gunnar Solskjaer] didn’t mention anything about that.

"But the transfer window is open. When it is open, anything can happen. [However] We are delighted to have Raul.”

For now though, the Black Country is where the player seems to be settled, news that will be music to ears of Wolves fans nationwide.