​Liverpool's title challenge might once again be in jeopardy as a report claims there is a 'growing appetite' among Premier League clubs to void the current season.

There has been much debate over how to proceed with the 2019/20 campaign in the midst of the ongoing coronavirus pandemic that has brought the UK, and most of Europe, to a grinding halt.

​Liverpool sat just two results from a first league title in 30 years when the league was paused. The likes of ​Bournemouth and ​Aston Villa - who sit in the relegation zone but with a realistic chance of survival - are also sweating on the decision.

In terms of the Premier League season so far, which club is benefitting most from this temporary suspension?

"I've said before that football always seems the most important of the least important things," ​he said following the league's decision to postpone matches. "Today, football and football matches really aren't important at all.

"If it's a choice between football and the good of the wider society, it's no contest. Really, it isn't. Today's decision and announcement is being implemented with the motive of keeping people safe. Because of that we support it completely." 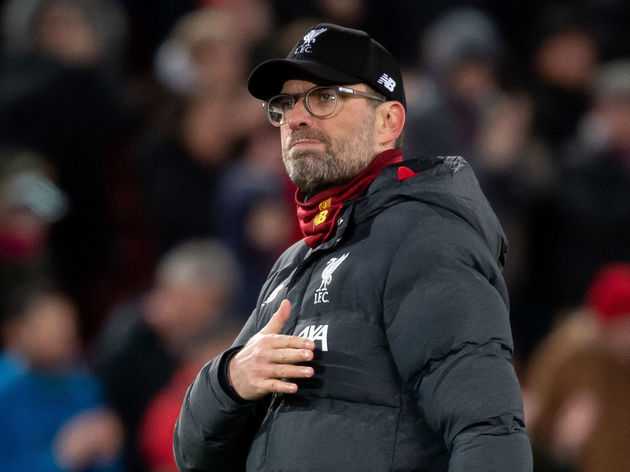 The initial verdict from a meeting of Premier League clubs last week was that the Reds would be crowned champions even in the 'worst case scenario', however the latest from The Athletic suggests this may not be the case.

They note that although clubs are maintaining a united front in public behind the decision to finish the current season by any means necessary, there is a private revolt rumbling in the background - thought to be led by West Ham vice-chair Karen Brady and Brighton chief Paul Barber. Much of the dissent is believed to be directed at the current target of resuming play on April 30, with The Athletic citing at least four senior figures as being directly opposed to the idea - even if it means paying back

Any decision on the future of the league has to be backed by 14 of the 20 clubs. At this stage, it seems unlikely more than two thirds of the division will vote to void the season - but the possibility does seem to be growing in tandem with the increasing severity of the situation.