Since Roman Abramovich spotted Stamford Bridge from his helicopter on a quick trip over London and subsequently bought the club, Chelsea have enjoyed some of the greatest successes in their history.

But Chelsea haven't always been high-flying, and even in those trophy-laden years some excellent players have slipped through the cracks of time.

So, let's take a look at some of the underappreciated players to have worn that famous blue kit with pride since the Premier League's inception in 1992. A man with an incredibly satisfying name to say but also an underrated goalkeeper. Most of ​Chelsea's number ones are going to be outshone by Petr Cech, but the man whose place he took could possibly have felt hard done by to be relegated to the bench.

For his first four seasons between the Stamford Bridge sticks Cudicini was first-choice and improving year on year. Despite only standing at 6'1, the Italian was instrumental in their successive top-four finishes under Claudio Ranieri in 2003 and 2004, and won the club's player of the year award in 2002.

While his later years as a professional saw him make a (very comfortable) living as a Premier League number two, it shouldn't be forgotten that Cudicini was more than just a benchwarmer, he was a great goalie. As part of the influx of players who joined following José Mourinho's arrival in 2004, Ferreira was one of many to have had 'the Special One's' long shadow cast over them.

After nine successful years of service, perhaps one of the reasons Ferreira is underappreciated lies in his propensity to consistently perform above average, but never trouble the headlines. 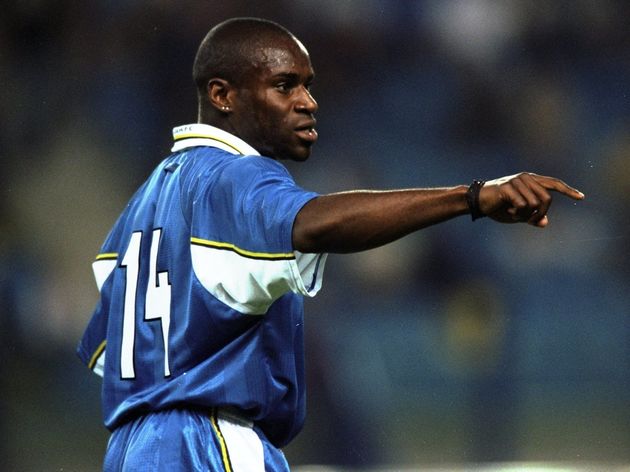 Own goals may be near the top of the things that pop into your head when Frank Sinclair gets brought up (in what would be a particularly niche topic of conversation), but the Jamaican international was so much more than that.

Firstly, he only scored three of his six own goals while playing for Chelsea (and actually netted one in their favour while a ​Leicester City player), and secondly, he fulfilled a childhood dream of not only playing for the club he supports but by reaching two FA Cup finals with them - winning the trophy at the second attempt.

Since joining the club at the age of 13, David Lee spent the best part of 15 years at Chelsea as he became a fixture of the side in the 1990s.

Lee is down here as a centre-back but was adept in a number of positions as his tall, upright figure and ease on the ball could equally see him thrive in central midfield. However, injuries plagued his career and he twice missed out on the FA Cup final during his time at the Bridge. While his continental name and reading material of choice (the Guardian, at a time when admitting you could read as a footballer was seen as some overtly intellectual condescension) may point towards a cultured and technical playing style, Le Saux was a real terrier of player, and more than ready to get engaged in the physical side of the game.

That's not to say that the England international was purely a scrapper, and over the course of his two spells with the Blues Le Saux proved himself to be the nation's best left-back. Mikel was a picture of consistency during his decade long stint with the club, making at least 30 appearances across all competitions in nine of his ten full seasons for Chelsea.

And this was all done while generally playing out of his natural position. Mikel joined Chelsea after a tug-of-war with ​Manchester United as Claude Makélélé's replacement (an unenviable task if there ever was one), and performed admirably in that role in front of the back four. Yet, he had excelled at the Under-20 World Cup in 2005 in a more advanced position.

Never one to complain, Mikel reflected on his time at the club saying: "I have always said in my time at Chelsea I am a team player. I've gone out of my way to do things to limit my game for the good of the team." The Brazilian midfielder's strength often revolved around his abundant energy rather than positional discipline, Ramires time with the Blues coincided with the club's most successful period.

In five seasons he won it all. 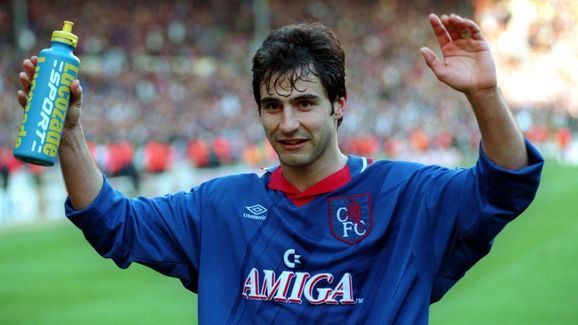 Peacock made more than 100 appearances for the Blues during his three years in west London and famously scored in both games against Manchester United in 1993/94 as Chelsea did the double over the league champions that year. Overall, Peacock probably flies under the radar as an impressive goalscoring midfielder of his day.

But that doesn't begin to compare with what he's gotten up to since retirement. After being a pundit on Euro 2008, Peacock moved to Canada to become a minister and keeps the public up to date via his rather active (and fittingly preachy) social media.

Just one example of his words of wisdom is: "Don’t worry. We have not lost control of things.

Why can't all footballers be this interesting after retirement? Duff was a superb player for Chelsea at the turn of the millennium, adept on either the right or left flank he never finished outside the top two in his three seasons at the Bridge, collecting back-to-back titles in Mourinho's first two campaigns.

When the Portuguese arrived in 2004, he switched to a 4-3-3 with Duff clearly first choice on one of the wings across from Arjen Robben - when fit. It was his pace and sense of positioning which really helped the Blues stretch their opposition as he and his teammate on the opposite flank took up much more aggressive positions out of possession, helping them penetrate the unsettled back lines. The powerful Frenchman arrived surprisingly late in his career, aged 27, but proved to be a key figure in Carlo Ancelotti's title winning side of 2010. In an unusual, left of centre role as part of a midfield diamond, Malouda had the freedom to get forward and crashed in 12 goals and eight assists that season.

Yet, his contribution in that campaign was widely underappreciated due to Didier Drogba's career-best season and the 20 goals Frank Lampard netted from midfield - which still remains a Premier League record. Mark Stein isn't perhaps the most glamorous name to have spearheaded Chelsea's attack in the Premier League but he turned up when the Blues needed him most.

The South African-born striker may have technically been a Chelsea player for five years, but it was the 1993/94 campaign which has earned him his place in this lineup - or, more specifically, five weeks that season.

It's the end of December 1993, Chelsea are in the relegation zone and winless in 11 games, they host fourth-placed ​Newcastle United and are in dire need of some points.

In the 11th-minute Stein cuts in from the right, sending Newcastle's left-back careering out of play, before stabbing the ball past Mike Hooper for the only goal of the game.

This was Stein's second for the Blues and would be part of a record-breaking seven-game scoring run which saw Chelsea collect 11 points as they moved out of the relegation zone, eventually finishing 14th.

We all know that Jamie Vardy broke Ruud van Nistelrooy's record of scoring in consecutive games, but the underappreciated Stein boasted that honour years before them.