Though almost everything football-related (and beyond) remains up in the air at the moment, Liverpool's summer recruitment plans shouldn't change too much.

Much like last summer, light tinkering seems all that is needed to a squad that has shown itself capable of competing on multiple fronts. However and whenever the season does conclude, Liverpool will find themselves, squad-wise, in as good a position as they have ever been in the Premier League era.

90min ​reported last month that ​Liverpool will continue to play it smart in the ​transfer market rather than go for marquee deals, while youngsters like Curtis Jones, Neco Williams and Harvey Elliott can all expect more minutes in the near future.

With silly money deals off the table for summer 2020 that leaves only fine-tuning, but w Not much has changed since last year. Liverpool could still do with a specialist left back as a cover/rotation option for the (almost) indefatigable Andy Robertson.

There have been the briefest flashes of tiredness from the Scotland captain in a jam-packed season, while James Milner (35 next January) supposedly hates having to fill in at full back, though he may never admit that publicly.

There are options in the academy from Tony Gallacher (20) to Adam Lewis (20) and Yasser Larouci (19), but the trio have a combined total of eight appearances this season - all restricted to the domestic cups - and could be loaned out for experience next term.

Prior to the break, Robertson had played the third-most minutes of any player in the Premier League and Champions League, meaning any new recruit will likely have to be happy to settle for pretty limited game-time - barring injuries. Like Robertson, Max Clark was a Hull City man, before joining Eredivisie Vitesse in 2018. Now 24 he has built a reputation as an exciting attacking full back, while there were tentative links to Liverpool back in January. Moving up the price range slightly, if Villa are relegated, Matt Targett could be available for cheapish and has plenty of Premier League experience.

22-year-old Pervis Estupiñan has impressed in La Liga with Osasuna, and is on loan from Watford. A less experienced but highly rated option could be 18-year-old Toulouse starlet Mathieu Goncalves.

Meanwhile, in the upper price bracket, the Reds could go after oft-linked Wolves star Ruben Vinagre. Liverpool's first three centre-back options of Virgil van Dijk, Joe Gomez and Joel Matip are as strong as you are likely to find at any club side right now, but Dejan Lovren's horror show against Watford showed that the club may need one more option to challenge for minutes.

According to the reports, Lovren is likely to end this six-year stay at Anfield this summer, opening a spot for a newbie.

In-house starlet Ki-Jana Hoever (18) could be an option, but may be used instead as right-back cover for Trent Alexander-Arnold, while Sepp van den Berg (18) didn't particularly stand out as 'first-team ready' in his cup minutes this season.

Like at left back, a young, exciting player who will settle for a squad role now but will (hopefully) grow into genuine competition for Gomez and Matip would be ideal. Ball-playing ability is a must, while flexibility to play at full back or in defensive midfield is an advantage. The player most frequently touted is Leeds starlet ​Ben White, who is on loan from Brighton. There is likely to be interest from other clubs, while his Englishness obviously bumps that price tag right up.

Japhet Tanganga (20) could well be out of contract at Tottenham this summer and impressed against Liverpool earlier in the season.

Over in the Bundesliga, Evan N'Dicka (Frankfurt) and Malick Thiaw (Schalke) have been linked

Jack O'Connell, whose Sheff Utd have conceded the second-fewest goals in the Premier League in 2019/20. 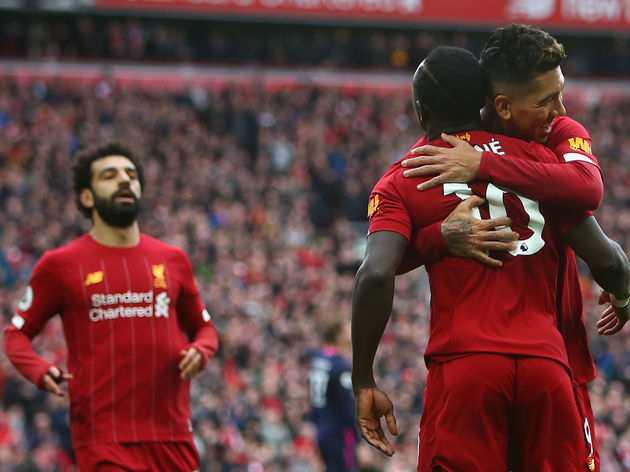 Who knows frankly what will happen with the schedule for this season let alone for next, but what is clear is that Liverpool probably need an alternative striking option.

AFCON 2021 (assuming it goes ahead as planned) is likely to see Sadio Mane and Mohamed Salah taken away for a key chunk of the year in January/February, while Divock Origi and Roberto Firmino can't be relied on to fill the goal deficit.

In all competitions prior to the break, Salah and Mane had contributed 38 goals - 42% of the Reds' overall 2019/20 tally - while only Firmino and Alex Oxlade-Chamberlain have more than five.

Liverpool's transfer strategy means they won't spend huge money for someone to warm the bench behind Salah and Mane, and instead will look for smart value on a quality player who can provide a different type of option.