​Liverpool are a club who never, ever do things the easy way and, as a result, they're a club built on big moments.

Since the dawn of the Premier League era, the Reds have boasted some incredibly talented individuals, many of whom have a knack for getting themselves noticed on the big stage.

From European adventures, to cup finals in Cardiff, Liverpool have provided us with some of the most memorable moments in recent football history, so let's take a look at the players who forged their reputation on the big occasion. A man who is almost entirely useless but for the big moments, the Belgian forward has written his name in to Liverpool folklore due to his ability to be in the right place at the right time.

First came the 96th-minute Merseyside derby winner in front of the Kop (courtesy of a sublime assist from Jordan Pickford), then came the brace against ​Barcelona to send Liverpool to the Champions League final in Madrid, and finally, to top it all off, Origi popped up with the clinching goal in the final itself several weeks later.

Biggest Moment: His 2018/19 ​Champions League semi-final brace against Barcelona and, most notably, his second goal which helped coin the phrase 'quickly-taken corner'. 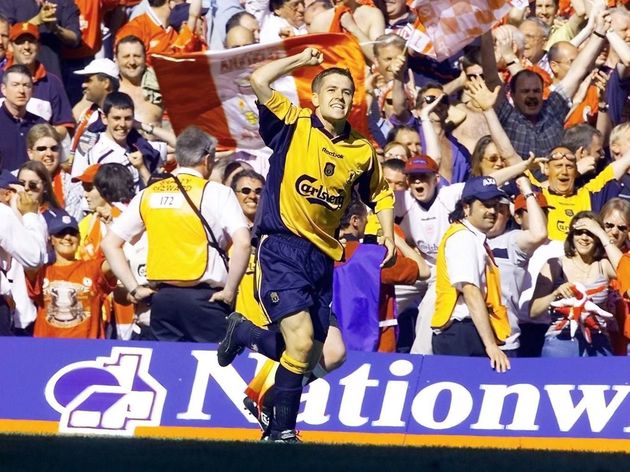 Like it or not, the 2001 Ballon d'Or winner was a special talent capable of wreaking havoc for any defender in world football, and who knows how far his career could have gone if it hadn't been for persistent injuries.

If you need further convincing, just take a look at his 1998 wonder goal for England against Argentina.

Biggest Moment: A late five-minute brace in the 2001 FA Cup final against ​Arsenal, handing Liverpool the trophy and contributing to the Reds' infamous treble. 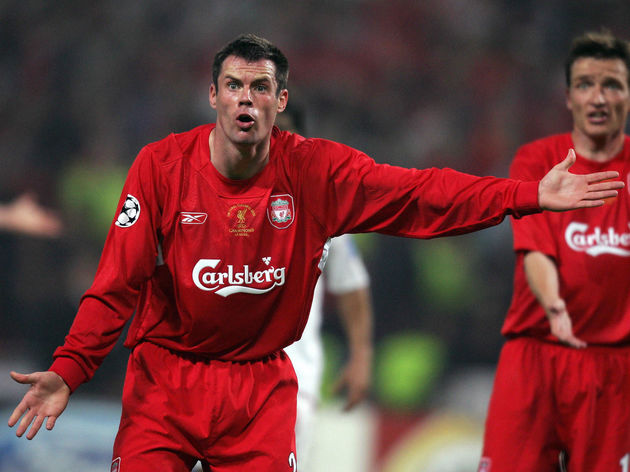 ​It's not all about goalscorers in big games, you also have to have a player who will lay every single part of his body on the line time after time, and soak up more blows than Muhammad Ali in his prime.

The Liverpool stalwart was a consistent leader and workhorse for 17 years at Anfield, repeatedly doing everything within his power to carry his club to glory, while also making a staggering 737 appearances for the Reds along the way

Was Carragher graceful? By no means.

Was Carragher technically-gifted? Not particularly.

Did the Englishman score a bucket-load of own goals? You bet your ass he did.

But is Carragher one of the most inspiring players Liverpool have ever had? Absolutely.

Biggest Moment: A heroic second-half and extra-time performance in the 2005 Champions League final - despite playing with cramp - that helped Liverpool overturn a three-goal half-time deficit against ​Milan to win the trophy. ​It was simply impossible for us to compile this list without including one of Liverpool's world-beating current front three and, while all of them were arguably deserving of a place, we opted for ​Sadio Mane.

The Senegalese winger is simply unplayable at his best and has a habit of stepping up when the Reds need him most. The 27-year-old has a fantastic scoring record in the Merseyside derby, as well as against Liverpool's most competitive rivals Manchester City, and even scored in the Reds' disappointing Champions League final defeat to Real Madrid.

Biggest Moment: Swashbuckling performance and brace at the Allianz Arena against ​Bayern Munich in the Champions League round of 16, with Liverpool going on to win the trophy. ​Kuyt has to be one of the most under-appreciated players in Liverpool's history.

The Dutchman didn't have the good looks or grace of Xabi Alonso, nor the fear factor of Martin Skrtel, but boy did he work his socks off in Liverpool red.

A super sub and workhorse, Kuyt gave three different Liverpool managers every ounce of blood, sweat and tears he had to offer, while becoming a firm fan favourite among the Anfield crowd along the way - partly due to his timely goals for the club on the big stage.

Biggest Moment: A hat-trick against ​Manchester United in a 3-1 win over the Red Devils at Anfield in 2011. He may have looked more like your local butcher than a prolific ​Premier League goalscorer, but Robbie Fowler gave Liverpool fans some of the best years of their lives.

From the 'Spice Boys' to his cocaine-sniffing celebration, Fowler had plenty of memorable moments, and the local Liverpool lad is rightly thought of as one of the best strikers the club has ever had.

Not satisfied with simply making memories in England, Fowler finished his career in Australia and then Thailand, earning a fair few pretty pennies before calling time on his illustrious playing days.

Biggest Moment: A four-minute and 33 second hat-trick against Arsenal in 1995 - a record stolen from him by current Liverpool forward Mane. It's sometimes claimed that Liverpool restricted the potential of one of the world's greatest midfielders, but can you really imagine Gerrard anywhere in Europe but Merseyside?

Yes, his trophy cabinet could be a great deal larger, but his unwavering loyalty to Liverpool is what really established him as one of the best players of a generation, alongside his historic moments and spectacular goals on the biggest of occasions.

Biggest Moment: The 'Steven Gerrard' FA Cup final against ​West Ham in 2006 which Liverpool won via penalties, including a stunning long-range effort which he later revealed he only took on speculatively because he was so tired.