School's are cancelled, football's postponed and the British public just don't know how to cope; coronavirus is basically a much more serious version of snow.​

COVID-19 has wiped out the football calendar for the foreseeable future, and with UEFA stating that they want the 2019/20 season finished by 30 June, the Premier League, EFL and WSL face a big decision on how best to conclude the campaign. One solution is to play the remainder of the season behind closed doors, which the ​PFA have admitted is a growing possibility.

The season has to be finished on the basis of fairness. But is playing behind closed doors a fair way to conclude the season?

"I would hate to play behind closed doors if that happens in the future. What makes football so special is the fans’ involvement and it won’t seem right to me if they are not there."

Firstly, it's obviously not fair on the fans.

Football is a huge financial and emotional investment. It's not fair for ​Liverpool supporters, who have had to wait three decades to see their team lift the title, only to miss out on feeling

It's not fair on ​Sheffield United fans, who suffered such a cruel, unjust relegation from the Premier League 13 years ago, and went on to wallow in the third tier for six seasons.

Denying them the chance to potentially celebrate their side getting into Europe is not fair. ​Leeds United are on the brink of returning to the Premier League following a 16-year absence. The fans should not miss out on being at Elland Road to witness that.

Coventry City could secure remarkable back-to-back promotions, despite not having a home. Fans have gone over 20 miles out of their way every weekend to watch the Sky Blues this season, but could miss out on their promotion party.

Playing behind closed doors is also not fair on the outcome of the season, because it's no longer a level playing field.

Although everyone will be playing in empty stadiums, this does put everyone on an equal footing. As an away side, playing at Anfield in front of 54,000 raucous Liverpool fans, with the Kop in full voice, is a much more intimidating experience than playing at the famously quieter Etihad.

Therefore teams who travel to Anfield behind closed doors are at a considerable advantage to those who will play in an empty Etihad, as the crowd play a smaller part for ​Manchester City than Liverpool.

Relegation threatened West Ham narrowly lost 3-2 at a sold out Anfield in February.

Relegation rivals Aston Villa still have to visit Anfield. Liverpool versus Aston Villa in an empty stadium is a completely different fixture to the one West Ham played. 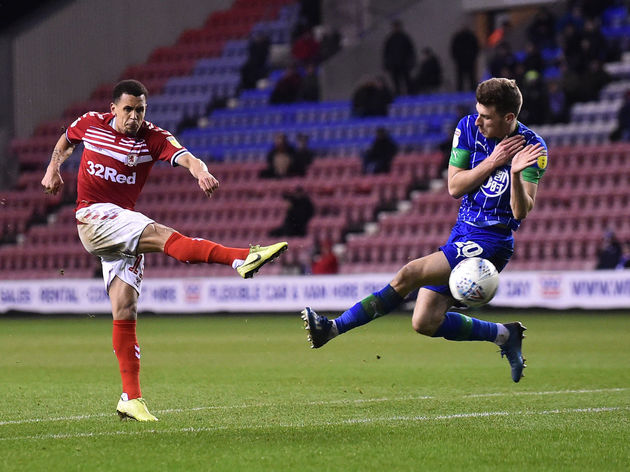 Barnsley and Luton, who are attempting to stave off relegation, both still have Leeds to visit before the season is out. Relegation rivals Hull lost 2-0 at Elland Road earlier in the season, and are due to travel to Wigan. Luton and Barnsley are getting a huge advantage.

You cannot get rid of VAR or change the offside law or handball law midway through the season, as different clubs would be on the receiving end of different scenarios, and proceedings are not equal. Does the presence of fans not fall into the category too?

In this situation, health, safety and people's lives are obviously the most important thing, and are much higher up on the pecking order than fairness and fan experience.

The fact is UEFA should not have given a deadline to finish this season by. It doesn't exist yet.

Shorten next season, make everyone play each other once, scrap a cup competition, whatever. There is so much flexibility with a season that has not yet kicked off. Why mess about with one that has?

Additionally, and most crucially, playing behind closed doors would also suggest that the coronavirus outbreak has not yet been completely halted.

This would mean putting players' health at risk, taking physios, doctors and ambulances away from the NHS and playing football while there are still people dying, all in the name of wrapping up the season on time. Madness.