The State of Norwich: An Overview of the Club's Prospects as Football Takes a Break

So far this season, Norwich have fulfilled the role of the club that are entertaining to watch (not necessarily for the right reasons) but ultimately doomed in their plight to remain in the top flight, a role which has become a staple of the Premier League.

It was Fulham last season (who went 13 consecutive games conceding at least two goals) and Ian Holloway's Blackpool of 2010/11 who will always be the gold standard, but Norwich look set to follow in their footsteps.

While relegation currently seems all but inevitable, the Canaries are in the midst of wonderful FA Cup run and had a quarter-final against Manchester United to look forward to before all professional football was suspended due to the coronavirus outbreak.

So, let's use this enforced hiatus to take a look at the general overview of Norwich's ups and downs so far and what the future may hold. In the immortal words of Delia Smith: "Let's be 'aving yer..." Put bluntly, the ​Premier League season hasn't gone to plan for last season's Championship winners. From their 29 league games Norwich have mustered a measly 21 points, suffered 18 losses and have won one game away from home all year.

Daniel Farke's side haven't left the relegation zone since the start of October and have made rock bottom their permanent address since a Boxing Day loss to fellow relegation candidates Aston Villa.

Yet, there have been brief moments of glory sprinkled across this otherwise dour campaign with that​3-2 victory over Manchester City

They've also found solace in the FA Cup with their penalty shootout win against Tottenham securing a place in the quarter-finals for the first time since the heady days of 1992. Early in the season ​Norwich could certainly claim to have endured an injury crisis. At one point Farke was forced to turn to his third-choice goalkeeper Michael McGovern when all their good fortune seemed to have evaporated, as number two Ralf Fährmann pulled up in the 22nd-minute against Crystal Palace in September - they lost 2-0.

These woes have since subsided and centre back Timm Klose should be fit by the time professional football returns in the UK. Unfortunately, Sam Byram and Onel Hernandez both picked up serious injuries and with no return date in sight, it's difficult to say when they'll be back in action. 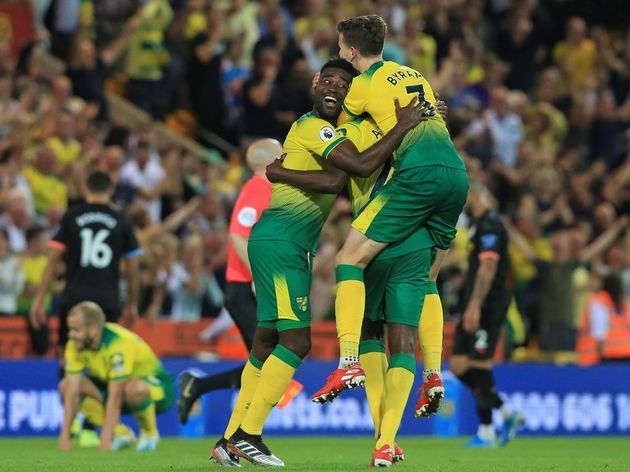 When the Premier League does return, whenever that may be, Norwich have nine fixtures left to overhaul the six-point gap between themselves and 17th-placed Watford.

When Hornets manager Nigel Pearson was in charge of Leicester in the year of their great escape, with nine games left the Foxes were able to overturn a seven point gap. Admittedly, they had a game in hand on Sunderland that season but it's not an impossible task that Norwich face.

It's just a very, very difficult one which they've shown little sign of being capable of so far.

​Premier League survival may be a little too ambitious, but a competition which lives off the hope of the underdog is the FA Cup. Tim Krul has already shown his penalty shootout expertise on many occasions so that particular outcome shouldn't be an issue for the Canaries, it's just a question of staying in the game until that point.

Yet, in a cup competition, unlike the league, the best team doesn't necessarily pick up the trophy when all's said and done. Their quarter-final tie against ​Manchester United will be a tough affair given the form they enjoyed prior to the suspension of play, but who knows what condition those players will be in when football comes out of hibernation.

At least in this season where their stay in the top flight looks to be brief, there is still cause for hope and optimism deep into the campaign - that is, until Bruno Fernandes drags United kicking and screaming to the next round of the cup. Ondrej Duda, the 25-year-old Slovakian playmaker on loan from Hertha Berlin, is the only player on Norwich's books who is set to leave come 30 June.

No goals or assists in his seven league games since joining in January doesn't exactly force the club's hand in making the deal permanent, but he has created better quality chances than any other Norwich player in his time in yellow and was only denied a goal against Bournemouth thanks to a brazen handball in front of an empty net from Steve Cook. Should Norwich slip out of the top flight, their main aim will revolve around keeping their star players, rather than adding to the roster.

22-year-old Todd Cantwell is a player who has attracted a lot of interest with six goals and two assists this season as the latest reports suggest ​Tottenham have intensified their pursuit of the England Under-21 international.

But 23-year-old Argentinian midfielder Emiliano Buendía has shown not only for his creativity - his seven league assists can only be bettered by three players - but also his diligence when it comes to the defensive side of the game and would represent a ​smart purchase for a number of clubs. 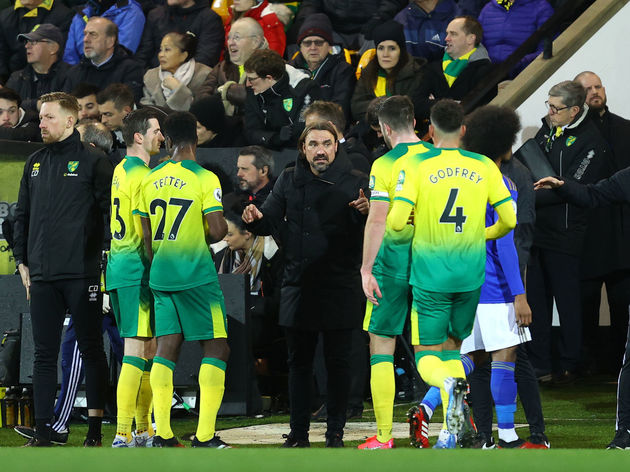 For Norwich, cementing themselves as Premier League regulars, in a similar vein to Burnley or Southampton, is the long-term goal.

Since 2009, the Canaries have spent at least one season in each of the top three tiers of English football but it can go forgotten that, in the inaugural Premier League campaign, a Mark Robins-inspired Norwich finished third.

Admittedly they were 14 points behind champions Manchester United and aspiring to those heights any time soon seems foolish, but it's not too much to ask for a decent run of mid-table mediocrity in the top flight, is it? Is it?