The Great Dane spent eight seasons between the sticks at Old Trafford, amassing nearly 400 appearances and ten major honours, but he left the Red Devils abruptly aged 35, cartwheeling to Sporting CP after captaining his side in the glorious 1999 Champions League final. In an interview with ​talkSPORT, Schmeichel opened up about the mental challenges that face a footballer at the top of his game, as he details the difficulties of having ‘a young man’s head’ when playing for the world's best club side.

“It’s over 20 years ago now and during that period of time you go through a lot of phases,” Schmeichel said.

“First of all I went through retirement from football, then it was nice not to go in for a while and before you know you start to miss it all a bit.

“I could have possibly played on for many more years [at Manchester United] had I cut back a little bit on the pride and spoken to the manager about it – but I didn’t.” Speaking candidly about his United exit, Schmeichel admits he shouldn’t have left the club so soon after their ​Champions League win, but that he was ‘so worn out’ by the mental and physical strain of the 60 game season of a successful club, to the extent that he was always ‘surrounded by football or rehab’.

“I was too proud of my position at the club.

“When you get to your mid 50s you look back and have a better understanding of things. That was a young man’s head making that decision, I admit I probably should have held out. It’s not a regret as such, but it is a regret at the same time if you get what I mean.

“I loved the football club so much, why would I want to leave? But I was so worn out at the time so it would have taken something very extraordinary for me to change my mind.

“I was constantly in action, so whenever I wasn’t playing in Championships for Denmark I was having surgery. I was never not surrounded by football or rehab. Mentally it was just wearing me down at the time.”

Schmeichel is not alone in raising issues of mental fatigue in football. Top level players ​Danny Rose and ​Aaron Lennon have in the past spoken out about their ​battles with depression. The former goalkeeper did conclude in a rather sanguine way after reflecting on his successes at the Manchester club, however. 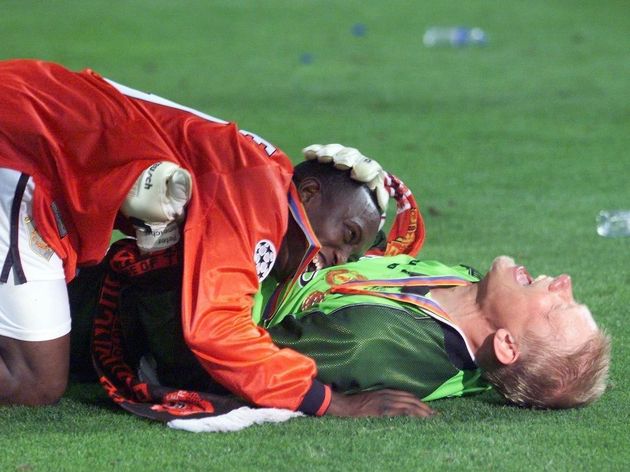 “I nearly regretted it [the decision] after the final and then I’m thinking ’no, I’ve got to stick with my instinct'.

“It is what it is. If you ever have to end your ​Manchester United career I don’t think that’s a bad game to finish off.”