​Not many of us expected there to be a bidding war over Chris Smalling's signature when Manchester United shipped him out to AS Roma on a season-long loan last summer.

But that's exactly what could unfold over the coming months, since the 30-year-old has truly excelled during his time in Serie A. Smalling has adapted brilliantly to life in Italy, and he has been Roma's star performer this campaign, until the league was suspended due to the coronavirus outbreak. I Giallorossi are keen to extend the defender's stay in the Italian capital beyond this season, but they may have to fight off some Premier League competition if they are to do so.

According to Corriere dello Sport, as cited by ​Sport Witness, Man Utd are believed to 'have an offer' on the table from Arsenal for Smalling's services, with the Gunners looking to fix their defensive issues.

However, the Italian outlet simply states that the north London club has 'asked for information' regarding a possible deal for the former Fulham man, hinting at little more than an enquiry from the Gunners.

Smalling has flourished under Paulo Fonseca at Roma, and his aggressive style of defending has suited Italian football perfectly. And after the ​Man Utd man previously admitted to falling in love with Roma and its fans, the club is hopeful that they will be able to sign him permanently.

But that ambition hinges on I Giallorossi securing Champions League football next season, and failure to do so would render it almost impossible for them to afford the costs of adding Smalling to the squad on a long-term basis. 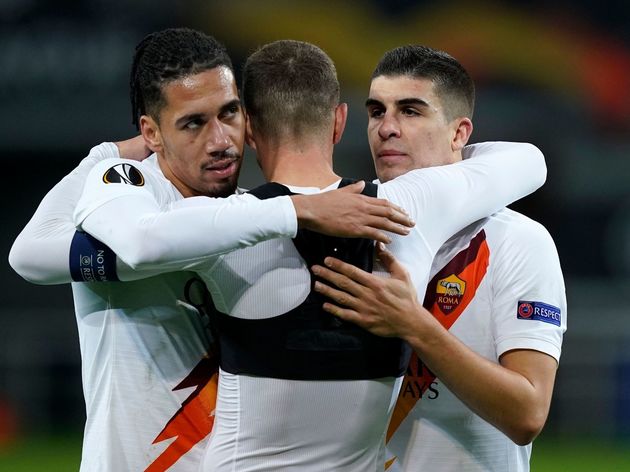 The Italian side may look to extend his loan deal by another season, but the Red Devils would prefer to offload the defender while his stock is so high. And ​Arsenal appear to be interested in recruiting the England international, with the centre of their defence remaining a priority for coach Mikel Arteta ahead of next season.
​
Corriere believes that a return to England and to his family may be Smalling's preferred option now, following the coronavirus outbreak which has forced many countries into a state of emergency.

The Gunners will have to stump up around €25m for the centre-back however, and it is still uncertain whether Man Utd would even sell Smalling to their direct rivals.

Plenty left to run in this saga, then.