​Harry Wilson looks set to leave Liverpool permanently this summer if the Reds can get around £20m for his services.

The 23-year-old has been impressive in the Cherries kit this season and has bagged six goals in 23 appearances in the league - most of which were thunderous free kicks.

However, despite the Welshman's best efforts, it seems he may have to seek a move away from Merseyside. 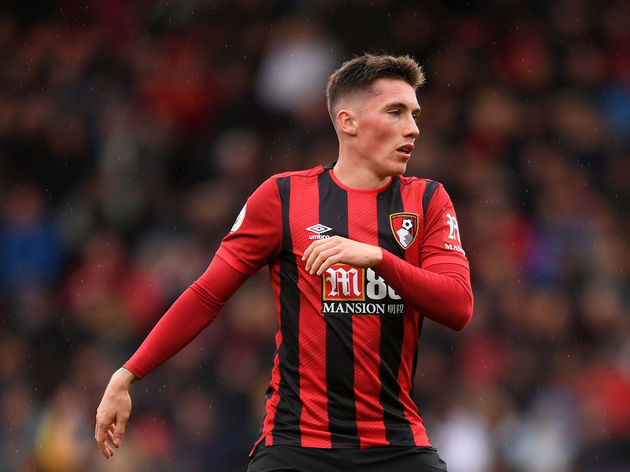 The ​Athletic's James Pearce answered in a Q&A that he doesn't expect the ​Bournemouth winger will feature for the ​Reds when the Premier League begins next season.

"I’d be surprised if Wilson was still a LFC player. He’s 23 now and needs to play regularly.

I can’t realistically see him forcing his way into Klopp’s side.

"LFC would expect to get £20m plus for him. If an offer like that isn’t forthcoming then he could stay around as a squad player." This hardly comes as a surprise when looking at Liverpool's lethal front three of Roberto Firmino, Sadio Mane and Mohamed Salah. The three attackers have a ridiculous combined total of 47 goals and 26 assists in all competitions this season.

Wilson's main position is on the right-wing - the same as Salah's who has contributed the most to the side with 28 direct goal involvements (20 goals, eight assists).

In the past, Wilson has admitted he has a tricky decision to make regarding whether he stays and tries to fight for a place at Liverpool or go and find regular game time at a club elsewhere.

One thing the Welshman has over the Reds front three are his deadly free-kicks. He's managed two free-kicks this season that have hit the back of the net - one against ​Manchester City and the other versus Tottenham. Moreover, last season he produced five direct free-kick goals including a stunning strike against ​Manchester United in the Carabao Cup that left Sergio Romero utterly perplexed.

Aside from his set-piece speciality, the youngster isn't the calibre of player Liverpool need at the moment so he's likely to be assessing his options while football is taking a break at the moment.