The Best Players Ever to Wear Each Shirt Number at Inter

​It wasn't until the late 1920s when the concept of squad numbers caught on in Europe.

Initially, a player's number was determined by their location on the pitch -

But almost 100 years on, and the same concept has taken on a slightly deeper meaning - with tactical roles and even superstitions determining what number is printed on the back of one's shirt. Walter Zenga enjoyed 16 stellar seasons in between the Inter sticks before dabbling in Italian soap opera and becoming a journeyman manager.

Zenga had the knack of pulling off the impossible but was the polar opposite to Hugo Lloris in that he wasn't one for rushing off his line - instead trusting his superb shot-stopping ability.

The confident keeper was loved by the Nerazzurri faithful and was certainly the best at what he did for several years during his pomp. After helping Inter to the Scudetto in 1989, Zenga was given the perfect send-off five years later as he starred in his side's UEFA Cup final victory over Salzburg. 'Grande Inter' became one of the dominant club sides of the 1960s under Herrera, with Facchetti spending the entirety of his lengthy 18-year career with the Nerazzurri - racking up over 600 appearances, four Scudetti and a pair of European Cups during his time at San Siro. He's still the highest-scoring defender in Serie A history with 59 strikes.

Facchetti was so special he almost became the first defender to lift the Ballon d'Or in 1965 - finishing second to Eusebio. 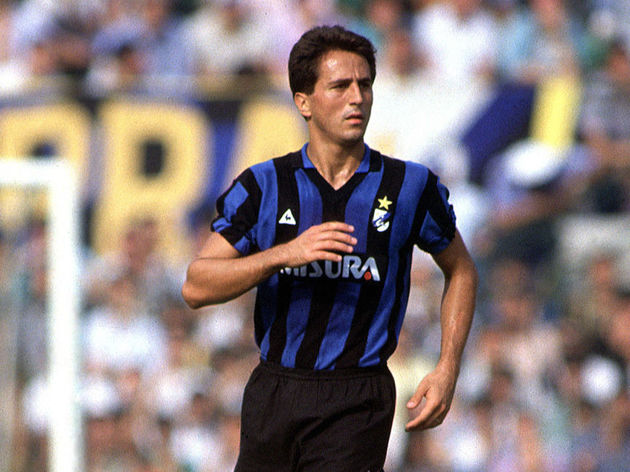 He left for Sampdoria with 13 seasons under his belt, winning two Scudetti and a pair of UEFA Cups for the Nerazzurri. 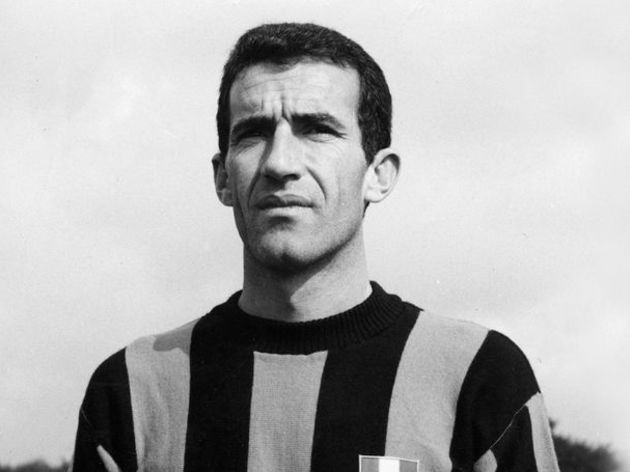 The leader of those great Inter sides of the 1960s, Armando Picchi established himself as the first great 'libero' in history, after Herrera successfully converted him from right back into a central defender.

With Picchi sweeping things up, Inter's backline - based around a rigid man-marking system - became almost impenetrable on their way to unrivalled success at both domestic and continental level.

The nifty, tenacious and intelligent Picchi was one of the outstanding defenders of his era before tragically passing away at just 36 following a short battle with illness. 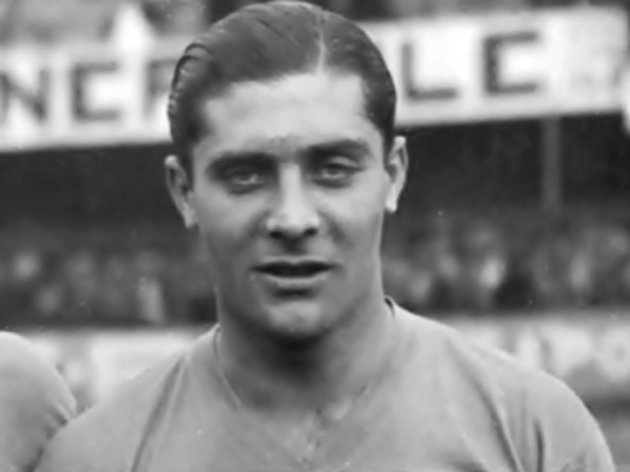 Ronaldo gets the most honourable of mentions here, but you can't argue with the selection of the player the bloody stadium's named after as Inter's finest number nine - and quite possibly their greatest ever player.

Words can do little to describe just how significant Meazza was in the Nerazzurri's history. So let's throw some numbers at ya; 283 goals in 408 games, a record 20 strikes in the Derby della Madonnina (which probably won't ever be beaten), three Serie A The World Cup-winner had the knack of turning average teammates into stars - see Aldo Serena - as he spearheaded Inter's German revolution at the end of the 1980s. Matthaus' nine strikes helped the Nerazzurri to the Scudetto in his maiden campaign at the club before he scooped Ballon d'Or (1990) and FIFA World Player of the Year (1991) honours during his time in the blue and black.

Seriously, what more do you want than the greatest ever, Diego Maradona, calling Matthaus his toughest ever opponent?