Franz Beckenbauer: The All-Conquering 'Kaiser' Who Pioneered a New Position

​What more is there to write about Franz Beckenbauer?

You might think 'not much' - and you'd be right. But that ain't gonna stop us at 90min waxing lyrical about the legendary German revolutionary, who deservedly takes his place in the top five of our Top 50 Best Players of All Time rankings.

Having shone at the 1966 World Cup as an attacking midfielder, Beckenbauer would drop back to centre-back and eventually even deeper into the role he is credited with creating - the sweeper or libero. Talk about versatile. After falling short in 1970, it was from that position that he tasted his greatest successes as a player - captaining West Germany to glory in the 1972 European Championship and 1974 World Cup on home soil.

The original ball-playing defender, how much would the likes of ​Manchester City, ​Barcelona and indeed his beloved Bayern Munich pay for such a talent today?!

Let's get the Wikipedia facts out the way; Munich born and bred, Beckenbauer spent 13 years with Bayern after coming through the academy in 1964, making 439 appearances and netting 64 goals.

There he won it all, including four ​Bundesliga titles, four DFB-Pokals and three European Cups, and he would add a further Bundesliga title to his haul during his time with Hamburg in 1982. His club performances were honoured with Ballon d'Or victories in 1972 and 1976. Simply put, he won it all. 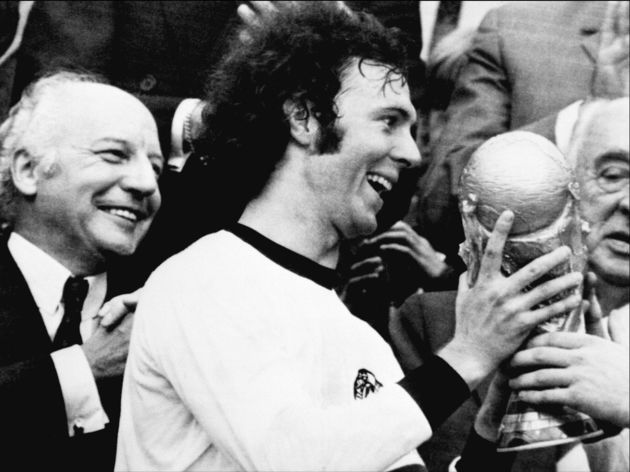 As if success as a player wasn't enough, Beckenbauer also enjoyed a stellar career as a coach, becoming just the second manager to win the World Cup as a player and a manager at Italia '90 as West Germany triumphed once again.

The original Becks won Ligue 1 as Marseille boss the following year before eventually returning to his beloved Bayern in the mid-90s for two stints as boss while also becoming club president in 1994, guiding them to a Bundesliga title and UEFA Cup win.

His work is in his presidential role is said to have laid the blueprint for their modern success, which is probably a fair assessment. He remained president until 2009 and still maintains a tight bond with the Bavarian giants. 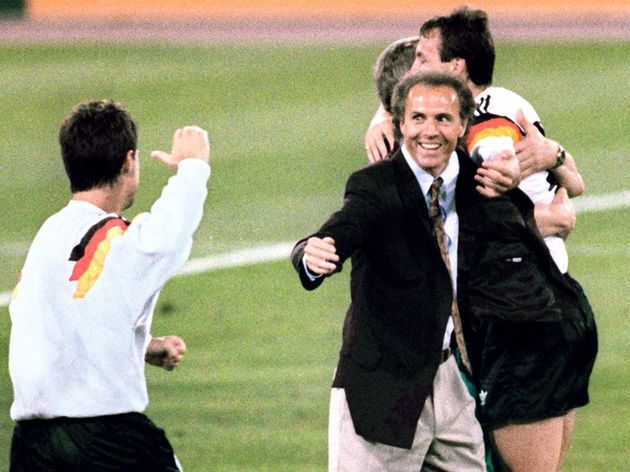 For our younger readers, it's difficult to compare Beckenbauer the player to anyone who is currently operating at the highest level. The closest comparison that springs to mind is with that really tall dickh**d who exists at every school who is good at absolutely everything - he/she dons the number 10 for the football team, bangs goals, gets assists and puts his body on the line to win the Middlesex Schools Football Association Cup. He/she is also captain of the cricket and rugby teams, is top of his/her class, and is annoyingly good looking. Yeah, you know the one. Well, that was Beckenbauer when it came to football.

In fairness, to be capable of operating anywhere in the spine of a side in the first two thirds of the pitch, you need stacks of ability, tactical nous and intelligence in equal measure; Beckenbauer had it all. Looking back over grainy YouTube videos of the Bayern great with ridiculous deep house music overlaid, you feel you are truly beholding a player of a bygone era. There is no one who plays quite like this anymore.

In '​Franz Beckenbauer ● Unreal Skills In World Cup ||HD|| Footage That Will Shock You! As something of a defensive-minded attacking midfielder myself, it's Beckenbauer's dribbling ability that is perhaps most awe-inspiring, especially when he's bringing the ball out from his libero role behind the defence.

It's just so audacious, gutsy and arrogant - emerging from behind his own defence with such elegance and a deft touch, he would carry the ball past two or three defenders before looking for a one-two or a forward pass. Almost like an extra man thrown into play, defences clearly didn't know how to handle it. Truly majestic.

We will be fortunate to witness the likes of him on all football pitch again.