The Tokyo 2020 Olympics has been postponed due to the coronavirus, a member of the International Olympic Committee has said. The games are now expected to move to 2021.

"The parameters going forward have not been determined, but the Games are not going to start on 24 July, that much I know."

The Olympics is a colossal fixture in the sporting calendar, and as a result, this announcement has big implications for football. This summer's Olympics were due to overlap with the start of the 2020/21 Premier League season (should that still start in August as scheduled, coronavirus dependant)​.

However with the games expected to be pushed back until 2021, this will come into play for the following season instead.

This means Premier League squads will not be affected by having players missing due to their international Olympic duties for the upcoming season, with the impact instead spilling over to the 2021/22 season.

This could affect ​Liverpool in particular, with ​Mohamed Salah tipped to represent Egypt as one of their three over 23 players, while ​Arsenal's With the Olympics potentially moving to the following summer, that will now rule out a whole host of players who would have been illegible for this summer's games.

Aston Villa midfielder Douglas Luiz, who was named in ​Brazil's squad for their pre-Olympic friendlies, will be over 23 should the Olympics be rearranged for next summer, as will Sao Paulo goalkeeper 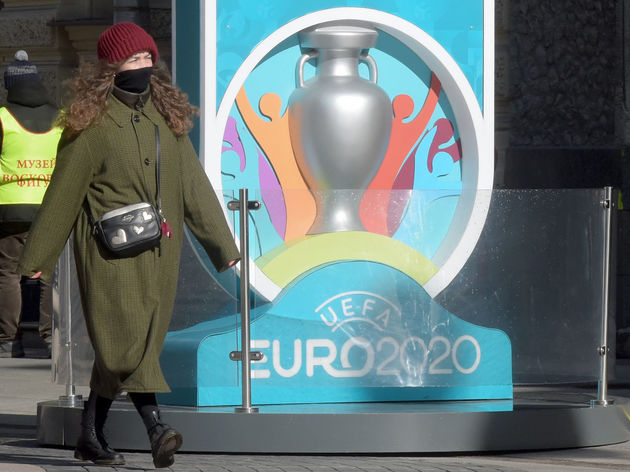 The Olympics are due to begin just 13 days after the conclusion of the ​European Championships - as they would have done anyway had neither been rearranged - but throw in the shiny new FIFA brainchild that is the revamped Club World Cup and any players involved in all three have a chocker block summer ahead of them.

FIFA president Gianni Infantino, however, has ​admitted will likely have to be moved to accommodate the Euros.

Figuring out next season's schedules to accommodate all tournaments, domestic, continental and international, following this year's disruption is going to be one heck of a headache. The Women's 2021 European Championships are due to kick off just as the men's Euros draw to a close - on 7 July - and run through until 1 August, meaning they will directly clash with the Olympics.

Unlike in the men's game, the Olympics is the pinnacle of women's football, and there are no age restrictions, meaning numerous players involved in Euro 2021 will also be involved at the Olympics.

Holland and Sweden, in addition to any players called up to represent Team GB from England, Scotland, Wales and Northern Ireland, will all be affected by this fixture clash. Much has been made of the selection headache Team GB boss Phil Neville is to face ahead of the Olympics. He has a smaller squad of just 18 to select, and a larger pool of players to choose from.

Neville now has another year to make his decision. This could open the door for Fran Kirby and Izzy Christiansen, who have both fallen out of international favour due to injury problems and would likely not have been selected for the 2020 Olympics.

The English pair, alongside Welsh midfielder Jess Fishlock, will now have another 12 months to get back to full fitness and stake a claim for their spot.