The State of Watford: An Overview of the Club's Current & Future Prospects as Football Takes a Break

Ugh, another weekend without football. It's hard not to watch old games and long for the sport's return back in our lives again.

The necessary break from football does however give fans a moment to step back and assess how the season has gone for their favourite teams.

So with that, let's look at it all; how it's gone, how it could go when it all starts up again, and what the long-term future might hold for Watford. 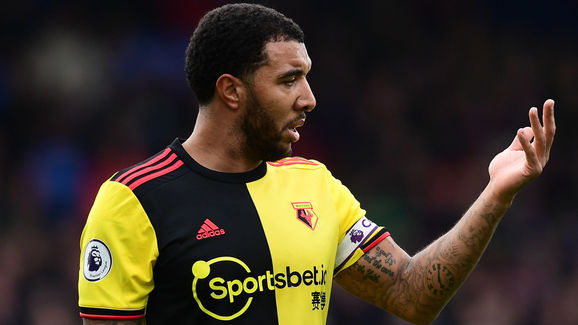 Dead and buried. Destined for the drop. These were some of the sentiments many expressed about ​Watford halfway through the season. Yet the appointment of Nigel Pearson helped turn things around and renew fans' excitement at Vicarage Road.

However, since then, the Hornets have lost momentum somewhat, with only one win in their last eight games - albeit that famous ​Liverpool triumph. That game aside, a defeat to struggling Aston Villa and then being dumped out of the FA Cup by Tranmere Rovers were both disappointing, as well as a last-gasp 3-2 loss at home to ten-man Everton.

And a 1-0 defeat at ​Crystal Palace leaves the club in 17th place, with one goal currently keeping them out of the relegation zone. A mixed set of games await them, making it uncertain if they can ensure Premier League football next season - if those matches are played at all. Sadly for Hornet fans, Gerard Deulofeu's ACL injury will mean he is out for the long-term, and that his season is now over. The winger was the joint-second highest goalscorer for the club and his absence will be sorely felt.

In better news, defender Daryl Janmaat will likely recover from knee surgery in time to be available for the team's next game - currently dated for late April. It's hard to see the Premier League coming back on 30 April, despite that being the ​new date for the season's resumption. But if and when it does recommence, Watford have nine league games to play.

It will be very close, but Watford should just keep themselves out of the bottom three, despite being likely to lose three of their last nine games - whenever they are played.

Home advantage against ​Southampton and Norwich should help them pick up wins. They also could beat Newcastle on their home turf, and both Burnley and ​West Ham on the road too - but their inconsistency won't likely make this happen.

As for their expected defeats, it's hard to see how they could beat ​Chelsea and Manchester City away, and it's equally difficult to forecast home victories over Leicester and ​Arsenal. Yet the Liverpool result is proof that even triumphs against the unlikeliest of teams is certainly possible.

All in all, the Hornets should just about secure top-flight status for another year. As of now, five players at Vicarage Road are coming to the end of their contracts on 30 June. The main priority for the club would be to retain Ben Foster, who has been superb behind the sticks for the Hornets. He has ​denied rumours of a move to Tottenham and looks set to stay for the forseeable future.

The remaining quartet are defenders Adrian Mariappa and José Holebas, as well as back-up goalkeepers Heurelho Gomes and Daniel Bachmann. All four have seen diminished gametime this season and are likely to depart this summer. It's hard to forecast who Watford will sign, with the likes of Roberto Pereyra and Abdoulaye Doucouré linked with moves away from Vicarage Road.

By taking a look at Udinese, the ​Serie A club also owned by the Pozzo family, it wouldn't be a surprise to see the delightfully named forward Kevin Lasagna make the move to England. The Italy international could add some much-needed firepower to the Hornets.

Their defence will need strengthening and a player they could be targeting is ​Burnley's out-of-favour centre-back Ben Gibson.

Sporting CP's teenage winger Gonzalo Plata has also been ​linked with a move to Watford, and they could again take a look at veteran Argentine midfielder Lucas Biglia, who ​they were offered during the last window. Is Pearson the right long-term fit at the club?

That seems to be the main question that the Watford board will need to answer. Having gone through a list of managers from overseas, perhaps the man they've settled for currently could be a success, with the wealth of experience he has at this level.

If the Hornets viewed themselves as a top-ten team before this season, then they have been proven wrong in emphatic fashion. Their recruitment coming into this season was poor, and investment will be needed to improve a team with the third-lowest goal scoring tally for the campaign.

It's going to take time, but a rebuild is likely to come, with players such as Pereyra and Doucouré looking to move on, and age starting to catch up to skipper Troy Deeney. Maybe Pearson can be the one to deliver one, like he did at ​Leicester. Whoever manages the club next season will need time, something the Watford hierarchy have never really granted to previous managers..