The 20-year-old Frenchman was loaned to the Whites last August, and after a series of impressive performances the club were looking to activate an exclusive clause which would keep him at Elland Road. 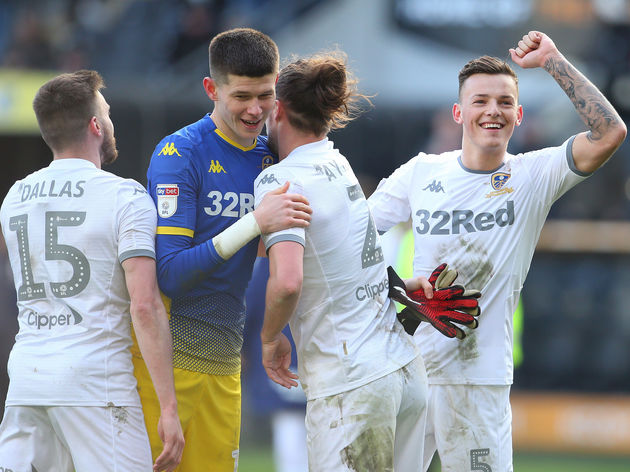 However, Leeds will have to act fast if they wish to do this, as reported by Football Insider, because their exclusive option to sign Meslier is set to expire around mid-May.

All parties are said to be pushing towards a transfer, with the Whites undeterred by the uncertainty - created by the spread of coronavirus to Europe - as to which league they will play in next season.

However, should the option in Meslier’s loan deal expire, they would have to renegotiate the French Under-20 international’s price.

Meslier has drawn much praise for his role as Kiko Casilla’s deputy this season, making his debut against Arsenal in the FA Cup and impressing with his distribution and composure as Leeds went down 1-0 to the Gunners.

Impressive first start for the club by the 19-year-old. Top distribution. #MOT pic.twitter.com/uaFp6r5itK

With Kiko Casilla subsequently hit with an eight-game ban for racially abusing Charlton’s Johnathan Leko, Meslier was tasked with filling in, and kept two clean sheets in dominant victories over Hull City and Huddersfield Town.

Though Leeds raced their way to the top of the Championship table in March, with five straight wins before the competition was cancelled, it is unclear as to whether they will be spending next season in the second tier of English football.

A number of ideas have been suggested to help with the Whites’ dilemma, with one possible solution being an expansion of the Premier League to 22 teams so that ​Leeds and promotion-chasing ​West Brom could be rewarded for their successful campaigns.